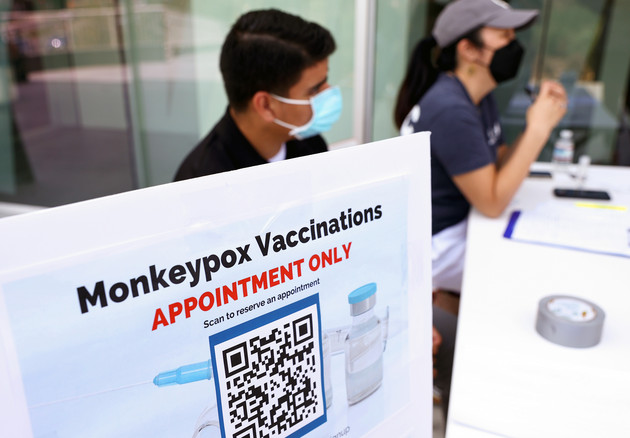 The Biden administration on Thursday announced it is declaring monkeypox a public health emergency, a move intended to speed up the distribution of the vaccines and expand testing as the outbreak continues to spread.

“We’re prepared to take our response to the next level in addressing this virus,” Department of Health and Human Services Secretary Xavier Becerra told reporters. “And we urge every American to take monkeypox seriously and to take responsibility to help us tackle this virus.”

A decision memo created by HHS has circulated through U.S. health agencies over the past week and has secured broad support from agency heads.

“This public health emergency will allow us to explore additional strategies to get vaccines and treatments more quickly out to impacted communities,” Fenton told reporters. “And it will allow us to get more data from jurisdictions so we can effectively track and attack this outbreak.”

The declaration comes as more than 6,600 monkeypox infections have been reported in the United States, a number that has risen sharply over the past weeks. The rapid spread — more than 1,200 cases have been reported in the last three days — has ratcheted up pressure on the Biden administration to declare the outbreak a public health emergency, as critics and health experts accuse the White House of failing to mount an aggressive push to distribute treatments and vaccines.

The U.S. is at a “critical inflection point,” that warrants taking additional steps to address the rise in monkeypox infections, according to FDA Commissioner Robert Califf. The federal government is considering deploying a strategy referred to as dose sparing to stretch supply of the Jynneos vaccine.

“The goal has always been to vaccinate as many people as possible,” Califf said. “We’re considering an approach for the current doses of Jynneos that would allow health care providers to use an existing one dose vial of the vaccine to administer a total of up to five separate doses.”

Even as the Biden administration has pushed people who may be at risk to get vaccinated, shortages have been reported across the country, especially in New York, the epicenter of the country’s outbreak.

HHS announced last week that it expects to ship an additional 800,000 vaccine doses in the coming weeks, though health experts anticipate that will still be well short of the supply needed to contain the outbreak. An additional 150,000 doses are expected in September, officials said.

The World Health Organization on July 23 declared monkeypox a public health emergency of international concern. Since then, California, Illinois and New York have declared their own states of emergencies.

Federal health officials in recent weeks had debated whether to declare monkeypox a public health emergency. Among the concerns was that the move could further stigmatize the disease, which has overwhelmingly affected men who have sex with men, said one person with knowledge of the matter.

But LGBTQ groups focused on the monkeypox response have voiced support for declaring the outbreak an emergency. And senior health officials ultimately concluded that the emergency declaration could unlock new authorities that might speed distribution of vaccines and treatments for monkeypox that have so far been in short supply.