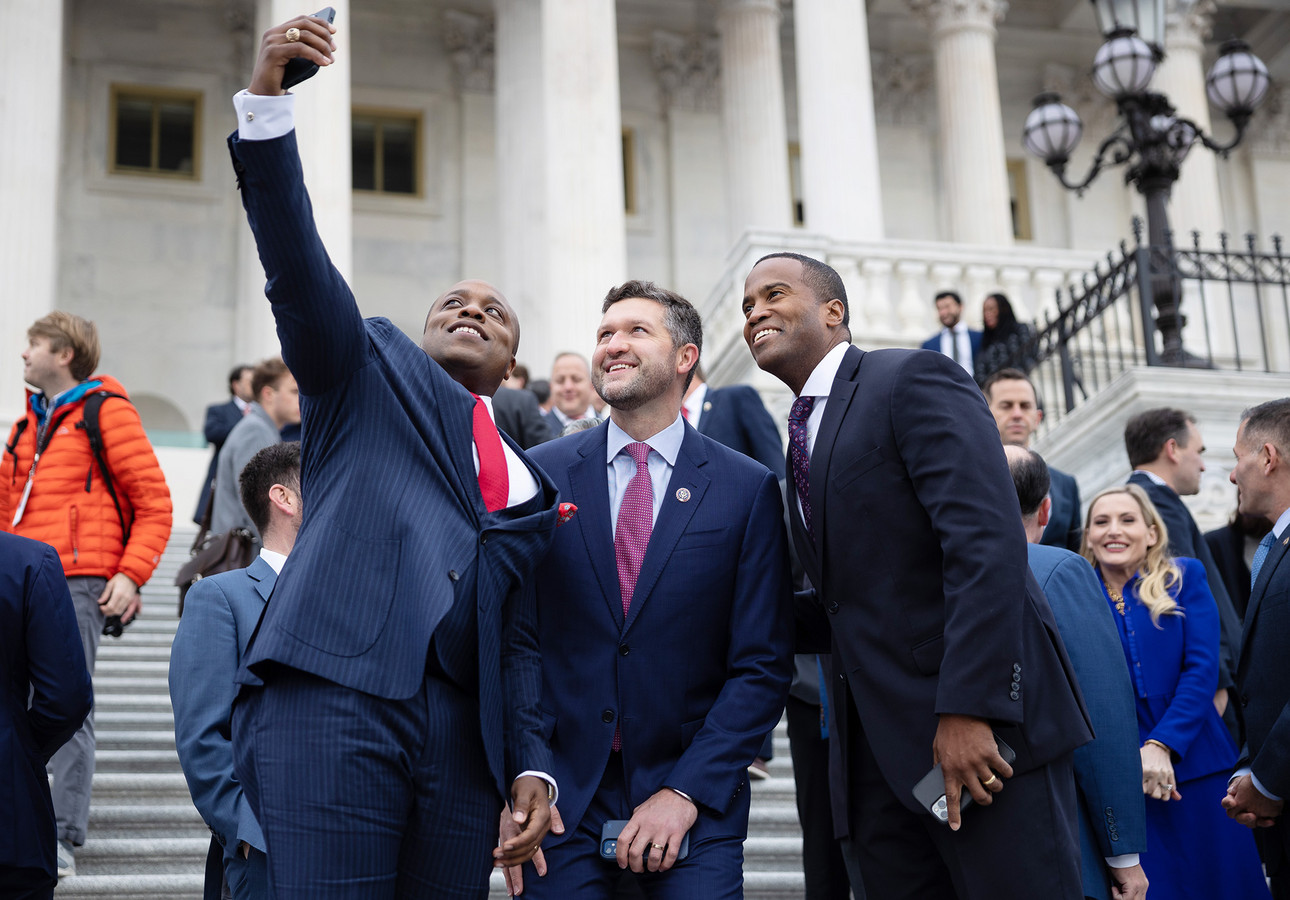 When John James and Pat Ryan reconnected on the sidelines of an Army football game in 2019, they were two old West Point classmates with night-and-day political identities in a similar predicament: Both had just lost congressional bids.

Three years later, the former Cadet company buddies’ fates have shifted — both will be House members next year. And as the chamber starts a new Congress more closely divided than ever, both in head count and in spirit, James and Ryan’s relationship promises to forge a needed bipartisan bridge over toxic partisan divides.

Their respective ideologies suggest they’d be anything but fast friends. The conservative James was heavily recruited by national Republicans to seek an open Michigan House seat as a well-known name after two unsuccessful Senate bids. Ryan grabbed Democrats’ attention by winning a New York swing-district special election in August while touting progressive policies like paid family leave that he instituted as a business executive.

But their bond was sealed during three years in the same close-knit group of roughly 100 students at West Point, then further reinforced by the run-in at their 2019 reunion in New York. Incredibly, another graduate of their class will also be roaming the Capitol halls next year: Rep.-elect Wesley Hunt (R-Texas) will join James, whom he counts as a close friend, as the first two Black graduates of West Point to enter Congress.

“Even though we were running pretty different, quite different platforms and policies,” Ryan recalled of his football-season meeting with James, “there was still actually a lot to sort of commiserate on. Around just what running campaigns is like, and the toll on your family and so on.”

Next year’s House could use all the cross-aisle alliances it can get. With Republicans only taking a narrow majority — empowering potential rank-and-file rebellions from all sides — they could very well need Democratic votes to perform even basic components of governing. James’ and Ryan’s built-in friendship could be particularly helpful on military and veterans’ issues, as the House will continue debating Ukraine aid and the GOP prepares to probe the Biden administration’s botched pullout from Afghanistan.

“Frankly, on the Hill you know there are people you don’t have to worry about stabbing you in the back — they’ll stab you in the front. Working with somebody who you build that trust with, at West Point and at war, will be essential to move this nation forward,” James said of his classmates-turned-colleagues.

The trio has already had a brush with history: Their West Point class was the first to commit to serving in the Army in the wake of the Sept. 11 terrorist attacks. And they’ll make more of it next year; Ryan will be the first West Point graduate to represent the congressional district where the military academy is located, and the James-Ryan-Hunt ascendancy marks a rare instance of three members of the same collegiate class serving simultaneously in the House.

That isn’t to say that they’ll be able to ignore politics completely. While Ryan the Democrat first won a special election in August, Hunt comes from a Freedom Caucus-aligned district and James won his purple district by half a percentage point.

But in a capital increasingly cleaved by tribal partisanship, Hunt said it won’t be surprising when the Capitol’s West Point Class of 2004 members reach out out to one another: “We go back 20 years. So it’s a different relationship.”

They’re not the only group in Congress bonded by time in the military.

Rep. Don Bacon (R-Neb.) and Rep.-elect Zach Nunn (R-Iowa) worked together twice in the Air Force, with the former quipping that the 43-year-old newbie — who credits Bacon with teaching him how to fly a jet — has already bestowed the nicknames “old man” and “boss.”

“We were over Iraq flying missions together … literally wingmen for each other there,” Garcia said of their 10-month deployment.

Given that “there’s only 500 or 600 Navy strike fighter pilots at any given time,” Garcia added, he’s struck by “the sheer magnitude of just how weird the odds are on this one — that both have served in the same squadron at the same time to both winning in special elections.”

Garcia ultimately appealed, as Ellzey recalled, to his belief about the call to public service while persuading him to seek the seat after the late Rep. Ron Wright (R-Texas) died last year.

There’s a special kinship among veterans in Congress, Ellzey and Garcia agreed, that easily extends across the aisle on issues related to veterans and military families. They pointed to Democratic lawmakers like Reps. Salud Carbajal of California and Texas’ Marc Veasey and Colin Allred, all of whom have helped on bipartisan legislation or launched talks about how to help military communities.

A non-partisan group of military veterans-turned-lawmakers, the For Country Caucus, was designed to unite members on policy.

“I wouldn’t say it’s a higher level of trust,” said Rep. August Pfluger (R-Texas), a former Air Force command pilot, about military veterans working together on the Hill. “I would say it’s a more immediate level of trust.”

Indeed, the proverbial six degrees of separation is closer to “one degree” of separation on the Hill, as Ellzey put it — noting that he also served in Iraq with Rep.-elect Morgan Luttrell (R-Texas) when he was supporting SEAL teams as a pilot. Not to mention, Ellzey said, he flew with the husband of Rep.-elect Jen Kiggans (R-Va.).

And Rep. Mike Waltz (R-Fla.) recalled calling in Ellzey and Garcia’s squadron for air support while he was serving in Afghanistan, while also serving alongside Rep.-elect Derrick Van Orden (R-Wis.) as a Navy SEAL there.

Those connections may grow even further, with Congress’ number of veterans in office poised to climb next year after declining significantly over the past several decades. House Republicans alone will count more than a dozen veterans in their incoming class.

Waltz, the first retired Green Beret elected to Congress, is among those leading the effort to elect more veterans through his Frontline Patriots PAC, alongside other groups with parallel goals such as Rep. Jack Bergman’s (R-Mich.) Guardian Fund.

Advocates for recruiting veterans to run for office sought to get more organized this cycle, particularly as GOP lawmakers and veterans’ groups realized that they were “operating against each other” in different primary races, Waltz said in an interview.

“Elise Stefanik has done a lot for Republican women. She really kicked off in 2020. I wanted to do the same for Republican veterans,” said Waltz, citing a desire to reverse the recent decline of veterans in Congress.

Though Democrats have recruited their share of military veterans in recent cycles, the vast majority of them in Congress next year will be Republicans — with Waltz saying GOP candidates came out of the “woodwork” after the administration’s botched Afghanistan withdrawal.

“The Pentagon better buckle up,” he added.

Wine tasting in Napa and a staff revolt: How a progressive powerhouse went kaput