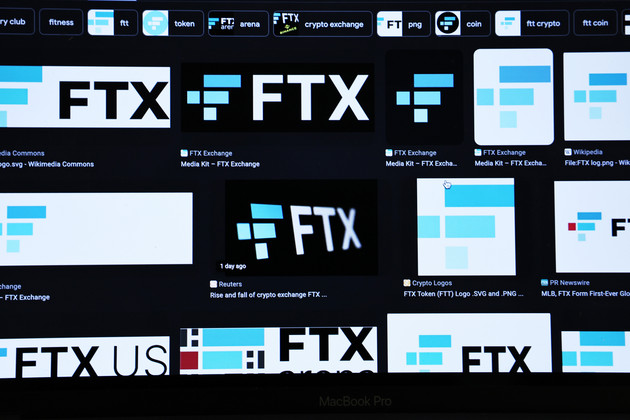 The 30-year-old former executive has kept tweeting and talking to reporters since his digital asset exchange, FTX, collapsed under financial mismanagement in early November. He’ll be in the spotlight again Wednesday as the main attraction at the New York Times DealBook conference, where he’s already overshadowing interviews planned with Treasury Secretary Janet Yellen and Ben Affleck. House leaders are exploring whether to invite him to testify in December.

Bankman-Fried’s unrelenting public campaign has crisis management specialists, public relations experts and even some lawmakers warning that refusing to stay quiet is unlikely to salvage his reputation — and that he’s putting himself in growing legal danger. He’s openly defying the advice of his own lawyers, boasting in an interview released Tuesday that “I told them to go fuck themselves” after they urged him to stop talking about mistakes he made at his startup.

“Every time he opens his mouth, he increases his civil and criminal liability,” said Niki Christoff, a Washington-based strategic consultant who previously held leading policy communications roles at Uber and Google. “It costs nothing to keep quiet, but he can’t seem to do that.”

Bankman-Fried’s inability to pipe down has fueled public fascination and government scrutiny around the downfall of FTX and his related businesses. As he has slowly revealed that his one-time image as a benevolent crypto magnate was often a ruse, it’s made him a bigger target for prosecutors and regulators while tarnishing the broader industry as many of its customers suffer from financial losses.

“If I were advising him right now, it would be to tell him that every moment, every second of your time, every cell of your brain needs to go toward making people whole,” said Sarah Feinberg, a former Obama administration official who now leads her own strategic advisory firm.

Some lawmakers — particularly those who’ve warned that crypto represents a danger to the public — would love nothing more than to use Bankman-Fried as a pinata.

“I’m always glad to hear from any of the people who have made a run at wrecking our economy,” Sen. Elizabeth Warren (D-Mass.) told reporters earlier this month.

House Financial Services Chair Maxine Waters (D-Calif.) may invite the disgraced former billionaire to testify at a public hearing next month as part of an investigation into how his Bahamas-based crypto exchange FTX went belly up. Her committee is holding the first of a series of hearings on FTX’s demise on Dec. 13.

Waters has not yet released a witness list for the hearing but said on Nov. 16 that she expected to hear from Bankman-Fried as well as FTX and its affiliated investment firm Alameda Research. Bankman-Fried stepped down from FTX when it filed for bankruptcy on Nov. 11.

FTX’s sudden and spectacular collapse has cost the exchange’s customers billions of dollars in losses and caused crypto prices to crash.

FTX’s new CEO John Ray III, a veteran of corporate restructuring who also helped wind down Enron, has alleged in bankruptcy filings that FTX suffered from rampant internal failures that allowed Bankman-Fried and members of his inner circle to misuse company resources.

If Bankman-Fried appears at the House hearing, any misstep could provide fodder for authorities who are looking to sink their teeth into the case. The SEC and the Justice Department are circling FTX and Bankman-Fried for possibly violating market and consumer protection laws.

He has already taken a swipe at potential investigators, with a Vox reporter releasing a conversation in November in which Bankman-Fried said “fuck regulators.”

Christoff said testifying in front of Congress “will create a sworn record for prosecutors to refer to when Sam is inevitably charged with fraud.” Bankman-Fried and FTX did not respond to requests for comment for this story.

Bankman-Fried also poses a conundrum for lawmakers. With his recent statements blasted as “erratic and misleading” by FTX’s new CEO, there’s a risk that he could make misrepresentations or sow confusion during a hearing.

“I don’t expect Sam Bankman-Fried to testify in front of Congress in light of some of the allegations of criminal activity and fraud,” Sen. Cynthia Lummis (R-Wyo.), one of the crypto industry’s biggest champions on the Hill, told reporters earlier this month. “I think that those discussions will occur more at the investigatory and regulatory level.”

Disgraced executives typically try to avoid Capitol Hill testimony. One exception is former New Jersey governor and U.S. senator Jon Corzine, who testified in hearings on the 2011 failure of his brokerage firm MF Global. MF Global’s collapse rattled Wall Street as it was recovering from the 2008 financial crisis and triggered investigations after client money went missing.

Rather than following in Corzine’s footsteps, PR experts say Bankman-Fried should focus on FTX’s beleaguered customers.

“Unless that House committee is handing you a check to the folks that you defrauded,” Feinberg said, “that’s probably not what you should spend your time doing.”