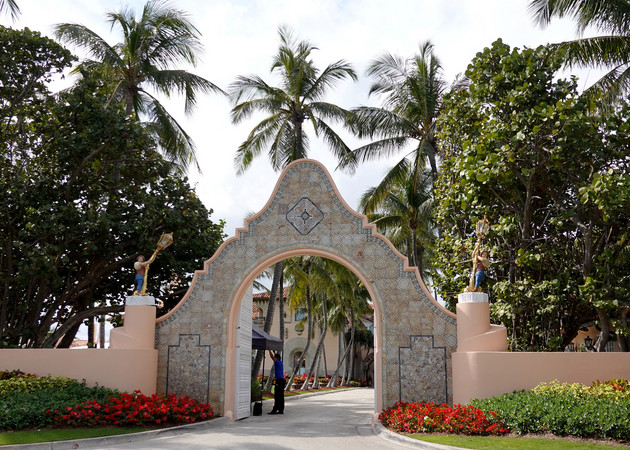 The DOJ came to believe that Trump’s team had withheld and concealed many additional classified documents, which led to the Aug. 8 search warrant executed by the FBI. | Joe Raedle/Getty Images

Just six days before the Justice Department subpoenaed to recover highly sensitive documents housed at Mar-a-Lago, one of Former President Donald Trump’s attorneys scoured the estate searching for records in response to a separate legal matter.

The attorney, Alina Habba, told a New York State court that on May 5, she conducted a search of Trump’s private residence and office at Mar-a-Lago that was so “diligent” it included “all desks, drawers, nightstands, dressers, closets, etc.” She was looking for records in response to a subpoena issued by New York Attorney General Letitia James, who is investigating matters related to the Trump Organization.

The same filing also includes an affidavit from Trump himself, indicating that he “authorized Alina Habba to search my private residence and personal office located at The Mar-a-Lago Club in Palm Beach, Florida for any and all documents responsive to the Subpoena.” Habba indicated she conducted similar searches at Trump’s residences and office at his Bedminster estate.

The filing submitted to the New York AG’s office raises key questions in relation to the separate Mar-a-Lago probe, chiefly, whether Habba ended up handling any of the documents that DOJ later discovered at Trump’s club; and, if so, whether she has the clearance to have done so. In her sworn affidavit, Habba said that she searched many of the locations that would later be scrutinized by the FBI during its Aug. 8 search of Mar-a-Lago — and where investigators say they uncovered a significant volume of highly classified government secrets. The documents, those investigators stated, “had colored cover sheets indicating their classification status” making clear their significance.

Habba indicated in her New York filing that she uncovered no records responsive to the subpoena issued by James, which is focused on separate matters from whether or not the president improperly took or stored classified information.

Habba has been one of Trump’s most vocal defenders on Fox News and in other pro-Trump media outlets, decrying the FBI search of Mar-a-Lago as a political attack with no legal basis.

Just six days after Habba said she examined every corner of Mar-a-Lago, the Justice Department subpoenaed “any and all documents or writings in the custody or control of Donald J. Trump and/or the Office of Donald J. Trump bearing classification markings.” After that subpoena was issued, Trump indicated that he responded by ordering staff to conduct a thorough search of the property for documents marked as classified.

At a June 3 meeting at Mar-a-Lago, Trump’s attorneys handed investigators “a single Redweld envelope, double-wrapped in tape, containing the documents,” according to the Justice Department.

But DOJ came to believe that Trump’s team had withheld and concealed many additional classified documents, which led to the Aug. 8 search warrant executed by the FBI. During the search, agents recovered boxes of material stashed in Trump’s store room and office, as well as some items marked classified “located in the desks in the ‘45 Office’”—the very locations Habba told James’ office she had searched.

Habba’s search also came amid increasingly strained negotiations between the National Archives and the Trump legal team over the records housed at Mar-a-Lago. A letter from Acting Archivist, Debra Steidel Wall, on May 10 revealed that Trump’s legal team had been resisting NARA’s effort to share documents it had already recovered from Mar-a-Lago with the Justice Department.

Meridith McGraw contributed to this report.

‘We got rolled’: How the conservative grassroots lost the fight with Biden because it was focused on Trump