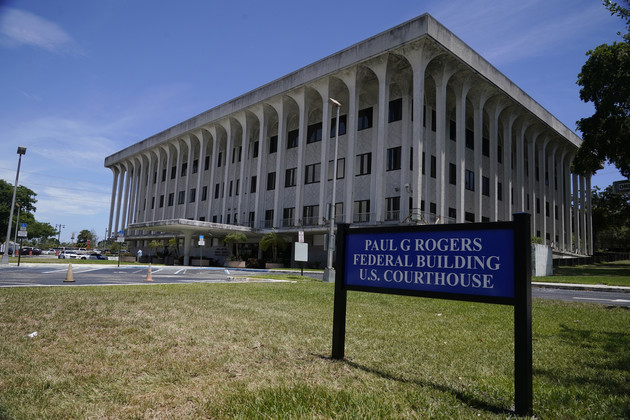 TALLAHASSEE, Fla. — The Florida federal magistrate judge who approved the FBI search of former President Donald Trump’s Palm Beach County residence has faced an onslaught of antisemitic attacks and threats online, some of which targeted the synagogue he belongs to.

Magistrate judge Bruce Reinhart, a board member at Temple Beth David in Palm Beach Gardens, has seen sustained antisemitic attacks on right wing message boards and other social media platforms like 4Chan since his name surfaced as the judge who signed off on the FBI’s warrant to search Mar-a-Lago.

Republicans, too, have been heavily critical of the judge, including Sen. Marco Rubio (R-Fla.), who questioned Reinhart’s impartiality during an appearance on Fox News earlier this week when he claimed: “They found some Obama donor judge, not even a judge, a magistrate, to give them the search warrant.”

No Republican elected official has called for violence against Reinhart, and on Friday afternoon Rubio posted on Twitter that anyone threatening violence over the search should be arrested.

Reinhart had previously donated to President Barack Obama’s campaign but also contributed to Republican Jeb Bush when the former Florida governor was running for president during the 2016 cycle.

Major Paul Rogers with the Palm Beach Gardens Police Department told POLITICO that they are “aware of the threats” and are working with federal law enforcement. The U.S. Marshals Service, which is responsible for protecting federal judges, declined to comment in detail.

The threats against Reinhart highlight the contentious nature of the search of Trump’s residence. On Thursday, police shot and killed a man, identified as Ricky W. Shiffer, in Ohio after he tried to break into the FBI office in Cincinnati, authorities said. The New York Times reported that a person with an account bearing the same name posted on Trump’s “Truth Social” social media platform that people should kill federal agents in Florida.

Aryeh Tuchman, a senior associate director for the Anti-Defamation League’s Center for Extremism, said his organization is “monitoring the increased level of threat language generally, and also towards the specific judge.”

“I think it’s fair to say certainly where the judge is concerned, reports of vitriol directed at him and the synagogue have increased,” he said.

Tuchman said that the synagogue Reinhart belongs to has additional security in place and Temple Beth David had to cancel an outdoor service due to concerns of violence. Officials with the synagogue did not return a request seeking comment.

Attorney General Merrick Garland on Thursday said he approved the search of Trump’s resort and moved to unseal the search warrant. He also defended federal agents and prosecutors who have been heavily criticized by Republicans and others, saying he will not “stand by silently when their integrity is unfairly attacked. The men and women of the FBI and the Justice Department are dedicated, patriotic public servants.”

Leading Republicans initially defended Trump and claimed the FBI search was an example of the federal government overstepping its authority and the Biden administration targeting political opponents. But some have taken softer stances after it was reported some of the documents could relate to nuclear weapons.

A search warrant viewed by POLITICO indicates that federal authorities are investigating Trump for potential violations of the Espionage Act, obstruction of an investigation and removal or destruction of records. Some of the documents recovered were marked “TS/SCI,” one of the highest levels of classification by the government.

Few, however, have made public statements about threats made toward Reinhardt, even as conservatives on various social media sites and message boards have directly attacked him over being Jewish and over the fact that in 2009 he served as a defense attorney representing employees of convicted sex offender Jeffrey Epstein.

Fox News in particular received a backlash after airing a doctored photo of Reinhart receiving a foot massage from Ghislaine Maxwell, a convicted sex trafficker and a longtime companion of Epstein. On Friday, Fox News host Brian Kilmeade posted a mea culpa of sorts, saying the depiction “never took place & we wanted to make clear that we were showing a meme in jest.”

“Right wingers are weaponizing the synagogue affiliation of a judge who was doing his job,” said Jeffrey Salkin, a rabbi and columnist for Religion News Service. “They are slurring the social justice commitments of contemporary Judaism. Their bigotry is appalling, and I would welcome the protests of the Republican Jewish Coalition.”