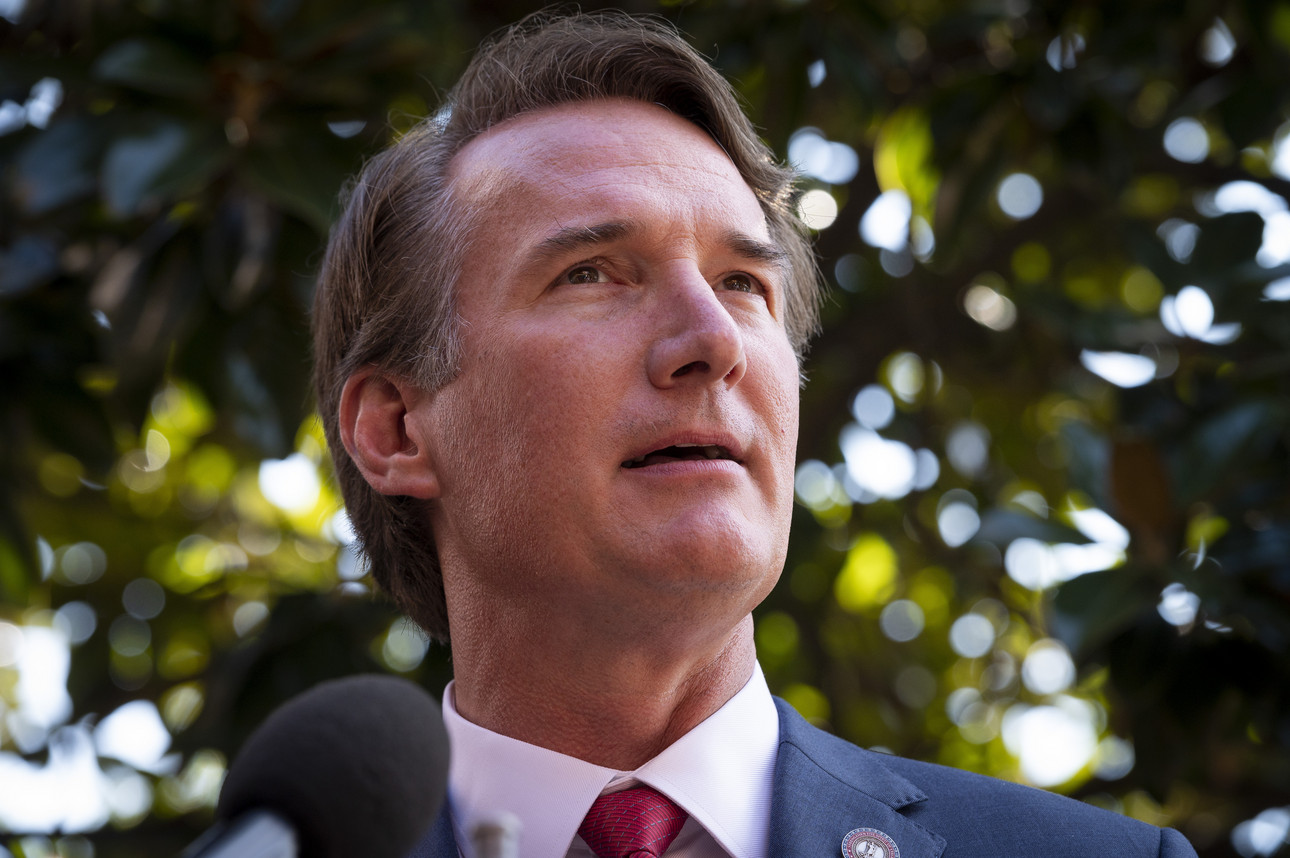 Virginia Gov. Glenn Youngkin has not waved off speculation that he is considering a bid for the White House. | Cliff Owen/AP Photo

Youngkin has been called in to campaign for South Dakota Gov. Kristi Noem and Oklahoma Gov. Kevin Stitt, both of whom are looking to fend off Democratic challengers in races that were once regarded as shoo-ins for the Republicans.

The Virginia governor is also heading to New York on Oct. 31 to campaign for Rep. Lee Zeldin, a blue-state Republican who is waging a surprisingly strong campaign against the state’s Democratic governor, Kathy Hochul.

It is part of a broader nationwide blitz that has raised Youngkin’s profile — and sparked speculation that he is preparing a potential 2024 presidential bid. The governor, who was elected last year and is barred by state law from running for reelection to a second consecutive term, has already campaigned in a dozen states, established a pair of political organizations and held meetings with top Republican donors.

The buzz is likely to increase next month, when Youngkin headlines a dinner at the Las Vegas home of Republican megadonor Miriam Adelson. The event is part of the Republican Jewish Coalition’s annual conference, which is expected to draw a range of prospective 2024 candidates, including Florida Gov. Ron DeSantis, former Vice President Mike Pence and former Secretary of State Mike Pompeo.

(Adelson, one of the Republican Party’s most sought-after donors and the widow of the late casino mogul Sheldon Adelson, has said she doesn’t intend to back a candidate in the GOP’s 2024 presidential nominating contest.)

Youngkin has not waved off speculation that he is considering a bid for the White House. Responding to a question about his interest while campaigning in Arizona last week, the governor said he was “flattered by” the “whole discussion,” but that his “focus” was on “delivering for Virginians” and on the midterm election.

Youngkin is set to hold separate rallies on Nov. 2 for Noem and Stitt, both of whom are seeking second terms. Noem is running against Democrat Jamie Smith, the South Dakota state House minority leader. While one survey released by South Dakota State University earlier this month showed Noem only leading Smith by 4 percentage points, Noem enjoyed a much larger lead in a recent survey by The Hill and Emerson College.

Noem appears to be taking the race seriously: She has spent extensively out of her campaign account and has been running TV ads targeting Smith.

In Oklahoma, a pair of recent polls have shown Stitt narrowly trailing Democrat Joy Hofmeister, the state superintendent of education and a former Republican who switched parties. With the governor facing stiff opposition from the state’s Native American tribes, the Republican Governors Association has launched a last-minute TV advertising campaign bolstering the incumbent.

In New York, meanwhile, several recent surveys have shown Zeldin only trailing Hochul by single digits, despite the state’s liberal tilt. Zeldin has been attacking the incumbent — who ascended to the office last year after previously serving as lieutenant governor — over crime, running ads saying that violent crime has been “getting much worse” under Hochul.

Youngkin adviser Kristin Davison said the governor’s upcoming trips to the three states illustrates his appeal across the ideological spectrum, arguing that he “won Virginia last year by hugging everyone and bringing together Republicans, Democrats, and Independents around kitchen table issues — cost of living, education, and crime.”

A host of other would-be 2024 candidates are also hitting the trail ahead of the midterm election. Former President Donald Trump, who appears to be edging closer to a comeback bid, is also embarking on an aggressive campaign tour: On Wednesday, he announced that he will hold a rally next week in Iowa — home of the GOP’s first-in-the-nation nominating caucuses.