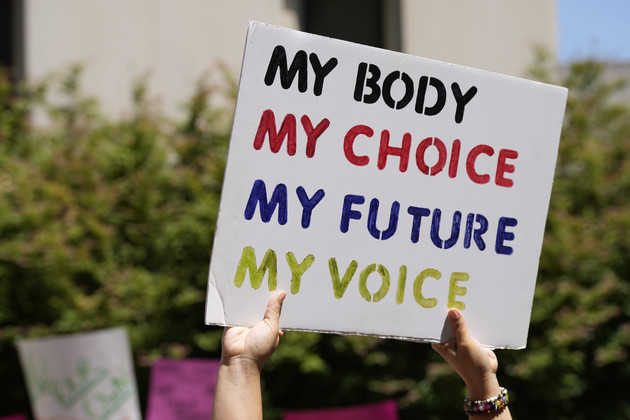 Democratic candidates in the midterms have seen an uptick in support in public and private polls, and the party has enjoyed a number of overperformances in House special elections this summer since the Supreme Court's ruling came out. | Meg Kinnard/AP Photo

A North Carolina-based GOP pollster is issuing a warning to Republican legislators: Voters are ready to punish the party for restricting access to abortion too much.

In a poll of 800 likely North Carolina voters conducted by Paul Shumaker, a longtime GOP consultant who works on congressional and state races across the country, only a quarter of the respondents said that abortions should either not be legal in any circumstance or only be legal if the life of the mother is endangered. Support for abortion restrictions doubles if the procedure is permitted “in the first 12 weeks of pregnancy, or in the case of rape, incest, or to protect the mother’s life.”

Even among Republicans, the poll found, only 40 percent support a near-total abortion ban.

The data comes at a fraught moment for the Republican Party, which is split on how to proceed on abortion policy following the U.S. Supreme Court decision to overturn Roe v. Wade in June. This week, Sen. Lindsey Graham (R-S.C.) introduced a 15-week national abortion ban, dividing the Senate GOP conference. State legislators around the country have pushed through even more stringent restrictions on abortion access. Last month, Tennessee passed a near-total abortion ban, providing no exemptions for cases of incest or rape, and other state legislatures continue to debate “heartbeat bills,” banning abortion at six weeks.

Meanwhile, Democratic candidates in the midterms have seen an uptick in support in public and private polls, and the party has enjoyed a number of overperformances in House special elections this summer since the Supreme Court’s ruling came out.

“How Republicans handle the post-Roe v. Wade world will make the difference between a good year and a great year,” wrote Shumaker, warning his fellow Republicans to not “shoot the messenger, which most are prone to do.”

He wrote that “Democrats will try to use the issue to fix their voter turnout problem and make inroads with some suburban GOP voters. If we help Democrats fix their voter intensity problem as they helped fix ours in 2018, then supermajorities become simple majorities, and statewide races tighten up extensively.” Shumaker urged GOP leaders that “there is common ground for Republicans to build a winning coalition on this issue.”

In the North Carolina Senate race, the poll found Democrat Cheri Beasley and Republican Ted Budd in a deadlocked race, with Beasley taking 42 percent support to 41 percent for Budd. But among voters most interested in voting this November, Budd takes the lead, 44 percent to 42 percent.

President Joe Biden’s favorability rating in the state hovers at just under 41 percent, while 50 percent view him unfavorably.

The survey reached 800 registered, likely voters by landline and cell phones from Aug. 21-22, with a margin of error of plus or minus 3.5 percentage points.