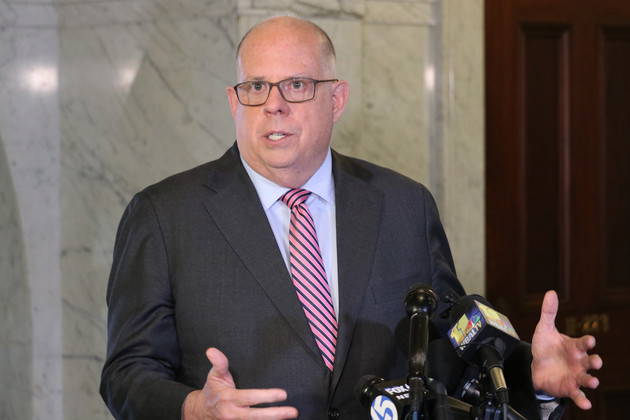 Republican Gov. Larry Hogan of Maryland said Sunday that he would not support his party’s nominee to fill his job, predicting that the GOP has “no chance of saving that governor seat.”

In an interview on ABC’s “This Week with George Stephanopoulos,” Hogan told host Jonathan Karl that Trump-backed state Del. Dan Cox’s win over Hogan’s preferred candidate in the July 19 primary “was a win for the Democrats. It’s a big loss for the Republican Party, and we have no chance of saving that governor seat.”

Hogan accused the Democratic Governors Association, which ran ads boosting Cox in hopes of landing Democrats an easier general election opponent, of colluding with former President Donald Trump, a chief critic of the Republican governor, to boost the candidate. Hogan has referred to Cox as a “QAnon whack job.”

“Both of them were promoting a conspiracy theory-believing kind of nut job. And DGA I think spent about $3 million,” Hogan said. “The guy only spent $100,000 on his campaign.”

Hogan endorsed Kelly Schulz, a former state lawmaker and Maryland commerce secretary, who lost to Cox; the votes are still being counted, but Schulz trails Cox by more than 10 percentage points in the latest vote count. On Sunday, the governor reiterated his belief that Cox was unqualified and said he would not vote for him — though he added that he hasn’t decided whether he’ll back the Democrat in the contest, Wes Moore.