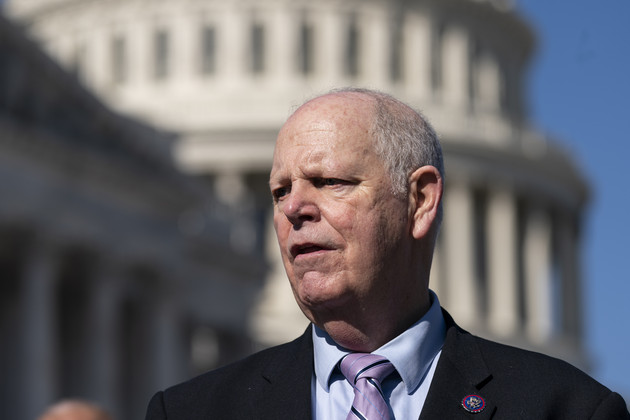 Rep. Tom O’Halleran, an endangered Democrat fighting for his political life in a red-tinted slice of Arizona, is finally getting some help from his party.

The Democratic Congressional Campaign Committee went on air this week with a broadcast spot attacking O’Halleran’s GOP opponent, Eli Crane, as too radical. It will run until Oct. 24 in the Phoenix market and is backed by a $680,000 buy, according to AdImpact, a media tracking firm.

The move is somewhat surprising, given how redistricting reduced O’Halleran’s chances of reelection — but it might be the result of concerted pressure by O’Halleran allies.

The Arizona Democrat is widely considered the most endangered incumbent in the House Democratic caucus. Party operatives have privately acknowledged it might be tough to devote money to that race, with the DCCC and allied outside groups strained for resources in more favorable districts. Donald Trump carried the redrawn version of O’Halleran’s district by 8 points in 2020. President Joe Biden won the old version by 2 points.

Asked last week whether the DCCC would invest in O’Halleran’s seat, the group’s executive director Tim Persico was noncommittal saying, “I’m not sure.”

But several Democrats — including O’Halleran — have been making the case to their party’s leadership that he was still in the race. Internal polling has shown O’Halleran remaining competitive. While he’s been outspent, people close to O’Halleran insist he’s outworked his opponent, criss-crossing a sprawling district that includes both Phoenix suburbs and rural tribal communities.

It’s possible that strong polling in the nearby district held by fellow Democratic Rep. Greg Stanton is behind the committee’s decision to spend for O’Halleran. The DCCC’s independent-expenditure arm was on the air for Stanton in the Phoenix market last week, but this week it shifted its money in the media market to boost O’Halleran. Privately, Democrats have felt better about the race for Stanton’s district, which Biden won by nearly 11 points. (The DCCC is still running a coordinated spot with Stanton’s campaign this week, according to AdImpact, an ad tracking firm.)

The DCCC has notably not invested any money in the nearby Tucson market, where Democrat Kirsten Engel is vying for retiring Democratic Rep. Ann Kirkpatrick’s district. Arizona Democrats — Kirkpatrick included — have urged outside groups to invest in that swing seat, which Biden carried by less than a point.

Crane won a crowded GOP primary for O’Halleran’s sprawling rural northern Arizona district in August. But despite the partisan lean of the seat, he has been unable to put the race away. The House GOP campaign arm has spent heavily in the district.

O’Halleran had been left to air TV ads on his own until this week.