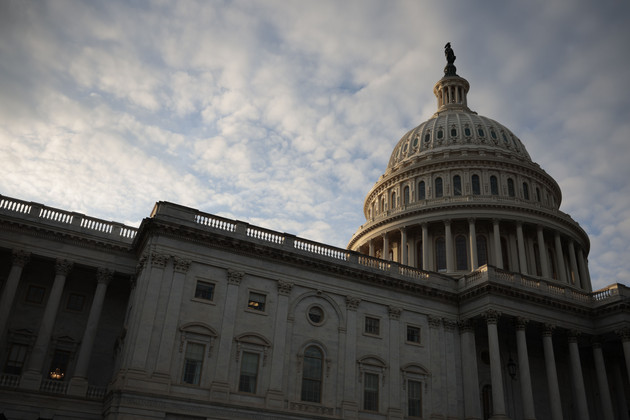 The bill, in the works for almost two years, is intended to decrease U.S. reliance on computer chips manufactured in China and other countries, as well as fund science and technology research to keep American industries competitive with foreign firms. | Anna Moneymaker/Getty Images

The House approved a massive semiconductor subsidy and research bill known as the “Chips plus Science” Act, 243-187, with one lawmaker voting present, sending the legislation to President Joe Biden for his signature.

The bill, in the works for almost two years, is intended to decrease U.S. reliance on computer chips manufactured in China and other countries, as well as fund science and technology research to keep American industries competitive with foreign firms.

The vote represents a win for the White House and congressional Democrats, who in recent months stripped out a litany of provisions related to trade and competitiveness strategy toward China in an attempt to get the legislation over the finish line before the midterm elections. President Biden, who has hailed the legislation as “historic,” reiterated Thursday he will swiftly sign it into law.

“The CHIPS and Science Act is exactly what we need to be doing to grow our economy right now,” the president said in a statement after the House passed the bill. “By making more semiconductors in the United States, this bill will increase domestic manufacturing and lower costs for families. And, it will strengthen our national security by making us less dependent on foreign sources of semiconductors.”

Leading Democratic lawmakers described it as a “turning point” in the federal government’s involvement in strategic industries.

“In the old days, we would leave our companies alone and we would say, just go do your thing,” Majority Leader Chuck Schumer said in an interview Wednesday, before the Senate passed the package.

“But now there are nation states — in Europe, in Asia, particularly China — that are heavily investing in both science and in advanced manufacturing, and if we sit on our hands and do nothing, America will become a second rate economic power.”

The House vote caps two years of winding negotiations that came to a head on Thursday, as Democrats held ranks in support of the bill, fending off a late revolt from the House GOP.

Dozens of Republicans had been expected to support the chips legislation, after 17 Republicans voted in favor of the bill in the Senate. But many turned against it after Democrats announced late on Wednesday — after the Senate’s vote on the bill — that they would move forward with an unrelated party-line climate, health and tax package, using a procedure known as reconciliation.

The move angered Republicans, who had threatened to block the chips bill if Democrats did not agree to abandon their bigger spending and tax plans. Senate Minority Leader Mitch McConnell allowed the chips legislation to move in the Senate after it appeared the reconciliation plan was dead — only to have Democrats revive it hours after the chips bill passed.

“They lied about reconciliation,” House Minority Leader Kevin McCarthy told reporters on Thursday morning, before the vote. McCarthy said that after Democrats announced their reconciliation bill, he received calls from some GOP senators who had supported the chips legislation, asking him to whip votes against it.

Even so, 24 GOP House members supported final passage of the legislation. That includes Foreign Affairs Committee ranking member Michael McCaul (R-Texas), who said the national security concerns that fueled the bill needed to be addressed.

“I get the classified briefings, not all these members do,” McCaul told reporters ahead of the vote. “This is vitally important to our national security.”

Democrats’ decision earlier this month to dramatically shrink legislation that included not only the chips subsidies, but major trade and national security provisions targeting China, meant that thousands of pages of legislation discussed in a cross-chamber conference committee were left on the cutting room floor. Lawmakers in recent days have pledged to continue negotiations on those measures in the coming months, though none expressed confidence that another deal can come together in an election year.