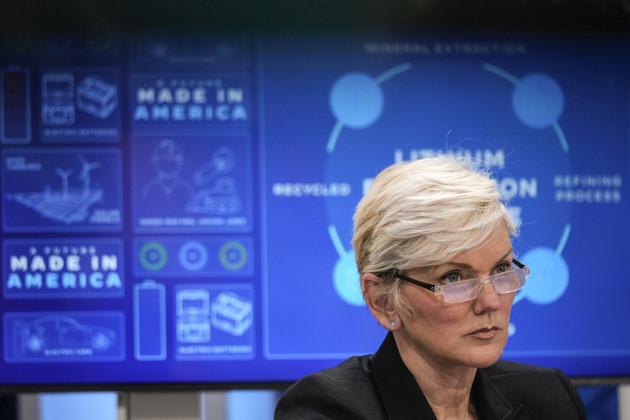 The U.S. is on the cusp of announcing a scientific breakthrough that has eluded researchers worldwide for decades — one that could, decades from now, turn nuclear fusion into a practical source of clean, inexpensive energy that doesn’t create long-lived radioactive waste or worsen global warming.

The findings, which Energy Secretary Jennifer Granholm is expected to announce Tuesday, still leave many obstacles to be resolved in turning the nuclear process that powers the sun into a source of Earth-bound energy. But scientists are embracing the historic milestone nonetheless, cheering that researchers have finally created a fusion reaction that produces more energy than it takes in.

Turning that discovery into a source of power for everyday life would probably take decades and cost several hundred billion dollars, said Dale Meade, a retired fusion expert who worked at the Princeton Plasma Physics Laboratory in New Jersey, one of the Energy Department’s national labs. But such a massive effort would be worthwhile, he said.

“Perhaps the greatest challenge of all is whether the U.S. has the foresight and will to move forward,” Meade said.

The Financial Times first reported the research breakthrough Sunday. A person familiar with the findings confirmed to POLITICO that DOE will announce that its Lawrence Livermore National Laboratory had used lasers to produce a fusion reaction that generated 1.2 times more energy than was needed to create it.

If reports of the experiment’s results prove accurate, “it’s one of the biggest results of science in the past 20-30 years,” said Gianluca Sarri, a professor at Queen’s University Belfast who researches laser and plasma physics. But even then, hope of a fusion-generation power plant is still more than a decade away, he said.

Fusion, which uses extreme heat to combine two atoms and produce massive amounts of energy as a byproduct, is the engine that powers the sun and the stars, as well as advanced thermonuclear weapons. Unlike existing nuclear plants, which harness heat from a chain reaction of splitting atoms in a process called fission, fusion reactors don’t generate a panoply of radioactive waste or pose a risk of meltdowns. Since the 1950s, supporters of the technology have claimed that fusion could someday produce energy that’s cheap and essentially limitless.

But showing that a fusion reactor is even a practical goal has been difficult. A little over a year ago, though, Lawrence Livermore’s National Ignition Facility announced that it was finally nearing the milestone known as scientific energy breakeven, meaning it produced more energy from fusion than the laser energy used to drive it.

That still leaves plenty of enormous technological and regulatory challenges, such as finding ways to convert the energy released in the fusion process into electricity.

Former Rep. Rush Holt (D-N.J.), a physicist who was assistant director of the Princeton Plasma Physics Lab, said in an interview that he found the news of the breakthrough “technically interesting, but I’m skeptical about its practicality.”

And fusion’s uncertain timeline means that it’s unlikely to be any help in meeting the Biden administration’s goals for taking action during this decade to stave off the worst effects of climate change. President Joe Biden’s new climate law envisions a massive effort to switch much of the U.S. to electric cars and trucks, expand sources of carbon-free wind and solar power, and upgrade the electric grid to carry renewable power across the country — efforts that would need to continue regardless of what happens with fusion research.

“We need to deploy as much clean energy as we can right now with the technology we have,” said Adam Stein, director of nuclear energy innovation at climate research center Breakthrough Institute. “We can’t wait for fusion to enter the commercial space to do that. That doesn’t mean that fusion won’t be very important later. But it still needs a lot of policy help.”

That help, Stein said, includes a consistent focus on fusion research and development from future administrations.

Even private developers of fusion energy say the breakthrough — while significant — is consistent with what the industry expected and doesn’t necessarily speed up the timeline for commercial deployment.

“We’ve seen this coming. We’ve been moving in this direction incrementally,” said Mike Donaldson, a vice president at the fusion development company General Fusion. “So I don’t think this actually takes any years off the timeline.”

The fusion industry has estimated that deployment of nuclear fusion projects would begin in the early 2030s, although the industry does not necessarily have a history of sticking to its timelines. In 2012, the National Ignition Facility’s director predicted that fusion technology would be commercially viable in 10 years, meaning about now.

Donaldson emphasized that the lab’s work is significant in proving the core science is sound. But he said developers will need to prove the next step: “What is really up to us right now is to build on this to produce practical electricity-producing machines.”

Any results that DOE presents will need to be repeatable to be considered scientifically, said Ed Lyman, director of nuclear power safety at the Union of Concerned Scientists. Questions also remain on how safe fusion reactors would be, given that tritium, one of the main fuels in fusion reactors, is radioactive and the fusion process itself produces dangerous amounts of heat and pressure, Lyman said.

“Not to downplay things if they’ve actually done it, but just take it with a big grain of salt,” Lyman said. “It will be more than a little late for achieving decarbonization. We really need to do that in the next decade or two, and even the most optimistic estimates wouldn’t have fusion power until the 2040s.”

The good news is that both governments and private companies are now pouring money into developing fusion into a practicable technology, said Sarri, the Belfast professor. .

He called the reported DOE milestone important. “It’s true that it’s a proof of concept, but it’s the first time we’ve demonstrated production from this method,” Sarri said. “From here to get an actual power plant will still take time.”

Even before the technology is ready, Congress has taken steps to allow for federal permitting of commercial fusion reactors — a regulatory process that is famously lengthy and slow for existing fission reactors.

The Nuclear Energy Innovation and Modernization Act of 2019 directs the Nuclear Regulatory Commission to create a licensing framework for advanced reactors — a definition that includes fusion — by 2027. The commission is on track to have a framework completed within that timeline, according to Stein.

A spokesperson for the NRC said staff is developing regulatory options for the commissioners to consider, and a vote is expected “early next year.”

Matt Daily contributed to this report.

The US achieved a major nuclear fusion breakthrough. Here