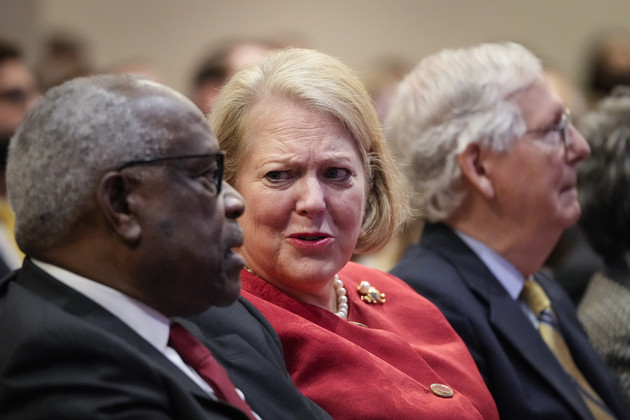 Virginia Thomas, the wife of Supreme Court Justice Clarence Thomas, has agreed to a voluntary interview with the Jan. 6 select committee, her attorney said Wednesday.

“I can confirm that Ginni Thomas has agreed to participate in a voluntary interview with the Committee,” her attorney Mark Paoletta said in a statement. “As she has said from the outset, Mrs. Thomas is eager to answer the Committee’s questions to clear up any misconceptions about her work relating to the 2020 election. She looks forward to that opportunity.”

Her attorney had previously cast doubt on the prospect of her testimony, telling select panel lawmakers in a letter at the end of June he didn’t understand the need to talk with Thomas and said there were “serious concerns” about a potential interview with the select panel.

A spokesperson for the Jan. 6 committee declined to comment. CNN first reported the agreement for testimony.

Thomas, also known as Ginni, has been a target of the select panel’s inquiry for months after evidence emerged of her involvement in efforts to subvert the 2020 election. She’d invited John Eastman, the legal architect of former President Donald Trump’s efforts to overturn the election, to speak to an activist group in the aftermath of the election.

Her lawyer has previously denied any impropriety on Thomas’ part and has said she did not discuss election litigation with Clarence Thomas.

She first emerged as a target of the select panel’s inquiry after the Washington Post and CBS published text messages from her to top Trump allies urging them to fight harder to contest the 2020 election results.