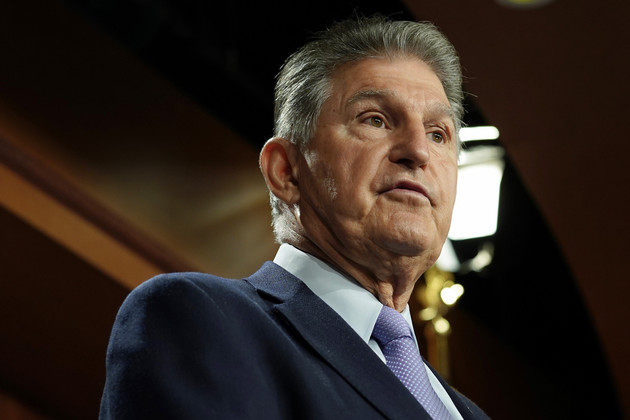 Joe Manchin clashed Saturday with President Joe Biden over the politics of coal — a poorly timed breach between a pair of Democratic heavyweights just three days before voters head to the polls.

In a statement Saturday morning, the West Virginia senator lambasted Biden’s remarks a day earlier pledging to shut down America’s coal plants as “offensive and disgusting.” That prompted a quick response from White House press secretary Karine Jean-Pierre in an attempt to tamp down the conflict.

The rupture between Biden and Manchin, both of whom are up for reelection in two years, is unwelcome news for Democrats’ endangered congressional majorities. The party is likely to lose the House next week and is fighting to keep its 50-50 Senate majority — including competing in a pair of races in coal states. The run-in distracted from Democratic efforts to rally voters — including by Biden and Barack Obama Saturday in Pennsylvania — ahead of Election Day.

Moreover, Manchin’s pugnacious statement is another reminder of the challenge he’d face running for reelection in 2024 as a Democrat. Republicans are eager to take on Manchin, with several potential candidates quietly eyeing bids that could launch soon after Tuesday’s election. And Manchin’s statement made clear that if he runs, it will continue to be well to the right of his own party and president.

After Republicans whacked Biden on Friday for saying that “we’re going to be shutting these plants down all across America and having wind and solar,” Manchin stepped in on Saturday. He deemed Biden’s comments “not only outrageous and divorced from reality, they ignore the severe economic pain the American people are feeling because of rising energy costs.”

“Comments like these are the reason the American people are losing trust in President Biden,” Manchin said, calling for Biden to apologize to mine workers. “It seems his positions change daily depending on the audience and politics of the day.”

Jean-Pierre replied that Manchin is “a tireless advocate for his state and the hard-working men and women who live there” and praised coal country workers as people who built America and “powered its steel mills and factories, kept its homes and schools and offices warm.”

The schism could bleed into Democrats’ effort to defend the Senate. Biden is set to appear in Philadelphia Saturday with Senate hopeful John Fetterman. Fetterman and Rep. Tim Ryan (D-Ohio), who is running for Senate in Ohio, are vying to represent states with a lineage of coal production. Neither had an immediate comment on Saturday on Biden’s remarks.

“At least Joe Manchin has the balls to occasionally stand up to Joe Biden on energy. Can’t say the same about John Fetterman and Tim Ryan,” said Chris Hartline, a spokesperson for the National Republican Senatorial Committee.

Coal politics is key to Manchin’s survival in deep-red West Virginia. He threatened to pull his support from Hillary Clinton’s presidential campaign in 2016 after she made a comment about putting “a lot of coal miners and coal companies out of business.” And he spent a year and a half battling with his own party over most Democrats’ preference to move beyond fossil fuels to cleaner alternatives.

That included an epic row with Biden after Manchin pulled the plug on the sweeping Build Back Better bill. Former White House press secretary Jen Psaki called that move a “breach of his commitments to the President and the Senator’s colleagues in the House and Senate.”

Manchin held his ground and eventually cut a sweeping energy deal as part of the Inflation Reduction Act that was far friendlier to oil, gas and coal production than what most in the party initially envisioned. Along the way, Manchin argued improving fossil fuel production and modernizing the industry is key to national defense as Russia squeezes European allies over energy.

Manchin appeared alongside Biden when he signed that party-line bill, a moment that marked a high point for Democrats this summer after more than a year of legislative infighting. That alignment looked well in the rearview mirror on Saturday, though Manchin still hopes to pass an energy permitting reform package in this year’s lame duck session with Biden’s support.

It wasn’t just Manchin who clapped back at Biden’s speech about bipartisan semiconductor legislation in San Diego Friday, when the president said “no one is building new coal plants because they can’t rely on it, even if they have all the coal guaranteed for the rest of their existence of the plant. So it’s going to become a wind generation.”

The United Mine Workers of America, which Manchin works with closely, said it “could not disagree more with President Biden’s comments to a California audience about shutting down coal-fired power.”

“This harkens back to the days of previous administrations when comments like these were all too common and were made without any reference to what the effect on workers, their families, and their communities would be,” said UMWA International President Cecil Roberts. “It’s easy to talk about ending an industry that supports hundreds of thousands of jobs in Appalachia and the Midwest, but the reality of such an action is harsh.”

Jean-Pierre said Biden’s comments were “twisted to suggest a meaning that was not intended; he regrets it if anyone hearing these remarks took offense.”

“Under President Biden, oil and natural gas production has increased, and we are on track to hit the highest production in our country’s history next year. He is determined to make sure that this transition helps all Americans,” she said. “No one will be left behind.”