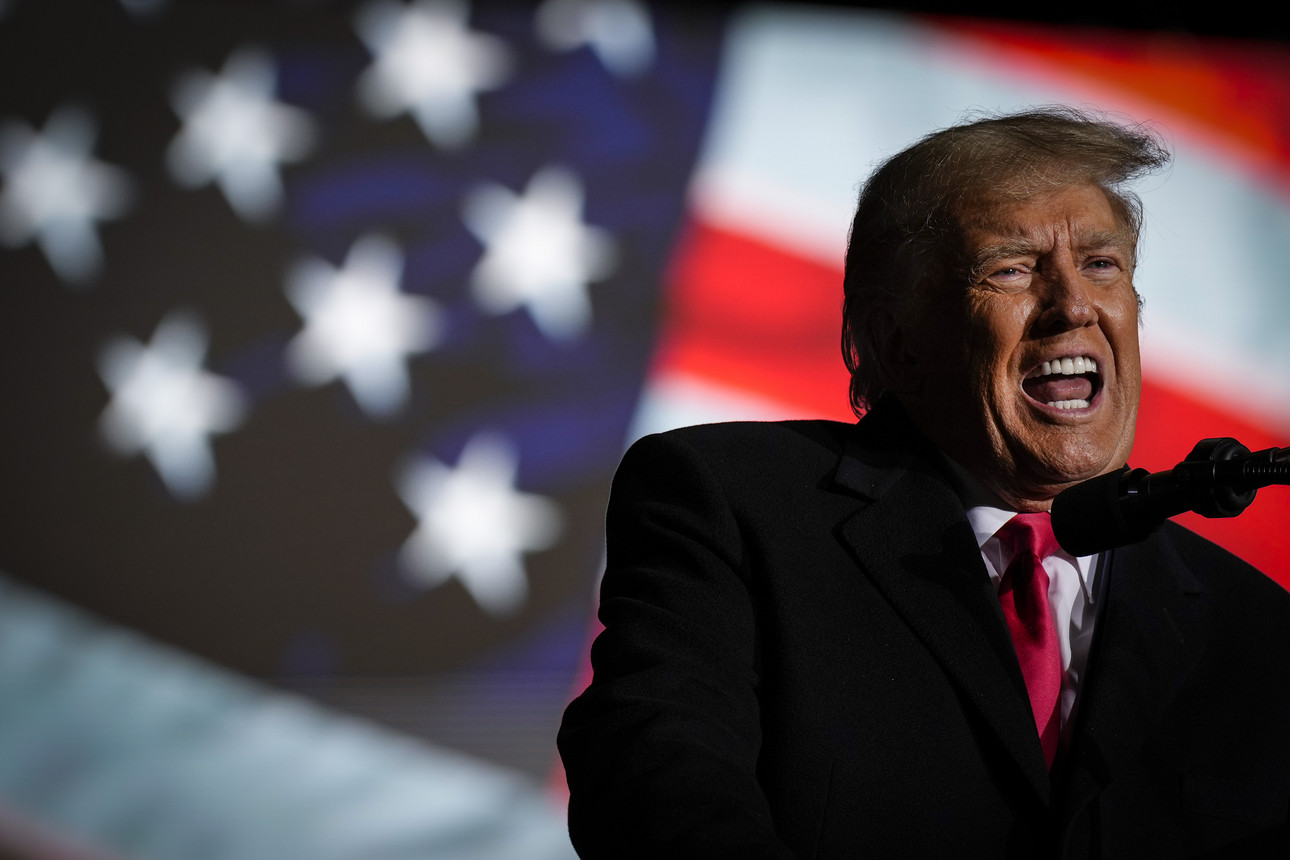 If Tuesday laid bare Trump’s weakness and gave fodder to his detractors, it was not clear the Republican primary electorate was ready to notice it. | Drew Angerer/Getty Images

Donald Trump had a difficult night on Tuesday.

All across the map, his endorsed candidates underperformed, losing elections or finishing with margins narrower than other Republicans. That no red wave materialized was interpreted as a repudiation of his hard-line politics. Questions quickly mounted about whether the party would — after three consecutive lackluster elections with him at the helm — move on from Trump as its standard bearer.

But even amid the fallout and recriminations, Republicans critical of the former president were resigning themselves to another reality: they may be stuck with Trump anyway in 2024.

“There are lessons here,” he added. “If you look around the country, given the inflation, given the economic uncertainty, given the war in Ukraine, given the disastrous pullout from Afghanistan, it should have been a strong red wave. That it wasn’t… is a great warning shot to the Republican Party that it is time for new ideas and definitely new messaging.”

Ever since the Access Hollywood tape and continuing through his loss in 2020 and the riot at the Capitol on Jan. 6, the conventional wisdom in Washington has often confused Trump’s self-inflicted wounds with his undoing.

Trump skeptical GOPers have grown wise to the pattern. While they viewed the former president as weaker than he was a day ago, they were reluctant on Wednesday to say they saw a long-term paradigm shift happening inside their party’s tent.

Mark Graul, a Republican strategist who worked on George W. Bush’s 2004 campaign, said “it can’t possibly be more clear what a detriment Donald Trump is to Republican candidates.” As for whether it would hurt Trump’s prospects in a 2024 primary, however, Graul said, “That’s the question I don’t know the answer to. You would think it would, but I just, I don’t know.”

If Tuesday laid bare Trump’s weakness and gave fodder to his detractors, it was not clear the Republican primary electorate was ready to notice it. On his social media platform, Truth Social, Trump’s supporters overnight were elevating the former president’s claim that he had a “GREAT EVENING”— a claim that relied on counting all his endorsements in non-competitive races as if they were major strokes of political ingenuity. In and around Mar-a-Lago, there was no sign that Trump had been chastened.

On Wednesday, a person close to Trump said, “I think a lot of people are feeling a little bit better this morning than they did last night,” stressing that numbers in the Arizona senate and gubernatorial races were “looking pretty decent” and Nevada, similarly, “looking good.”

There were no plans to reconsider a scheduled announcement for president that Trump has coming on Nov. 15, though several informal Trump advisers were encouraging it, as the Washington Post reported. “Nothing changes. Those who are trying to say Trump’s power is diminished, it’s all politics,” the person said. “If there was another election a month from now, they would all be wanting Trump’s endorsement.”

Privately, instead, much of Trump’s assessment about Tuesday’s election was that he himself had been let down. The former president was particularly “upset” about Mehmet Oz’s failure in the Pennsylvania Senate race, people familiar with the matter said, with some blame going towards donors, like Steve Wynn, and Fox News host Sean Hannity, who encouraged him to back Oz. In other races, Trump faulted Senate Republican leader Mitch McConnell for the party’s shortcomings.

Asked for a response, a spokesperson for the McConnell-backed Senate Leadership Fund said, “We’ll let our spending do the talking,” noting the tens of millions of dollars the group put behind Trump-backed candidates

Trump has survived bad election nights before, often by denying the results themselves. He still has not conceded his own loss in 2020 to Joe Biden — a denialism that has reached many elected officials in his party. On Tuesday night and into Wednesday morning, a similar wave of election conspiracy theorizing erupted online to dismiss the idea that the midterms had been any sort of repudiation of Trump, let alone a lackluster night for Republicans.

In part, for this reason, some GOP operatives argued, it would remain difficult to imagine Trump being dethroned any time soon as the party’s kingmaker.

“It’s like telling your kid they need to go clean their room, and they deny the room exists,” explained Michael Brodkorb, a former deputy chair of the Minnesota Republican Party.

“Donald Trump should be politically dead. They should recognize that,” he said. “But of course, they won’t … That’s the beauty of not living in the real world.”

If there is any reason to think the GOP may ultimately wash its hands of Trump, it may be seen in the larger picture of Tuesday’s results. While Trump’s candidates floundered, Florida Gov. Ron DeSantis, a potential rival in 2024, won in a landslide in Florida, a state Trump carried by just more than 3 percentage points two years ago.

Looking forward, said Wayne MacDonald, a New Hampshire lawmaker and former state Republican Party chair, Republican primary voters would recognize they had choices and would be sensitive to issues of electability. And, he imagined, that could impact the assessment they make of Trump.

“Trump suffered from this midterm overall pretty bad, and I think that’s going to hurt him, and I think his star has definitely lost much of his luster as a result of how things have come out,” he said. “The midterms are going to be a huge factor. It speaks to his viability, his effectiveness as a leader in the party. And I’m not saying he’s by any means done. He remains a force. But he’s definitely been wounded by what’s happened here.”

But one problem for Republicans critical of Trump is that even if the midterms do weaken him substantially, it isn’t just DeSantis who would likely run against him. There’s an entire raft of potential GOP candidates waiting to make a run. In 2016, Trump benefited from a wide field of more traditionalist candidates splitting votes, allowing him to advance with a fervent base, but less-than-majority support in early nominating states. It’s possible he could repeat that performance.

Or, everyone may simply be overthinking it.

“All of these Republican power-brokers and donors and thinkers and talkers, for seven years they’ve wanted to be rid of Trump, but they never do, and they’ve never said anything,” said former Illinois Rep. Joe Walsh, who unsuccessfully challenged Trump for the Republican presidential nomination in 2020. “Now they’re hoping, ‘Oh, my God, a miserable midterm and Ron DeSantis had a great night, this will finally take him out.’ It’s wishful thinking, it’s bullshit.”

Burgess Everett and Holly Otterbein contributed to this report