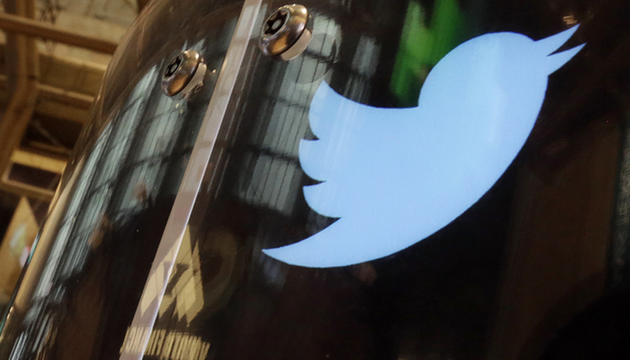 Official Washington isn’t fleeing the new, more rough-and-tumble Twitter. Many of its denizens don’t think they have anywhere else to go — and many believe it remains a vital messaging tool. | AP Photo/Richard Drew

Elon Musk is making good on his promise to loosen the guardrails at Twitter — welcoming back controversy magnets like Donald Trump and Marjorie Taylor Greene — all while hectoring Democrats and posting lewd memes of his own.

But, so far, official Washington isn’t fleeing the new, more rough-and-tumble Twitter. For one, they don’t think they have anywhere else to go — and many believe it remains a vital messaging tool. Others are adopting a wait-and-see approach, in the hopes that things will smooth out in time.

“I think part of the hesitation for people to leave at the moment is there really isn’t another place that folks can turn to easily and have a similar dialogue,” said Mark Jablonowski, managing partner at Democratic digital ad firm DSPolitical. “Folks hope that it’ll be salvageable, but we’re witnessing this play out really in real time here.”

For more than 15 years, Twitter has wrangled with what to do about controversial or hateful content and posters, arriving at a kind of detente in recent years that saw Republicans complaining about censorship and Democrats calling for the platform to do more to crack down on extremist speech. But in the few short weeks since he bought the platform, Musk has ripped up that status quo, eviscerated the company’s staff and ushered in a new era where no one knows what he’ll do next.

Soon after buying the platform, the tech billionaire had said he would consult with outside experts and civil rights groups ahead of making big decisions about undoing suspensions.

Instead, he fired up a Twitter poll over the weekend and reinstated Trump based on the results. On Monday, his feed took another typically bizarre Musk turn when he bantered with Israel’s Foreign Ministry about Kanye West, opining that it’s “no fun being all stuffy” when it comes to nation-state accounts.

He continued to lift account bans on Monday with the restoration of Rep. Greene’s personal account— moves that drew immediate fire from civil rights groups, many of which had been expecting to be consulted as part of a content moderation council. It was a sharp reversal of Musk’s Oct. 28 tweeted goal that “no major content decisions or account reinstatements” would happen before convening the council.

“In less than three weeks Musk has gone back on every promise he made to civil-rights leaders and advertisers,” said Jessica Gonzalez, the co-CEO of media advocacy group Free Press, who met with Musk alongside the NAACP, the Anti-Defamation League and other civil rights groups in early November.

Bringing back someone like Trump — who could spin up controversy with a single late night tweet — returns a specific kind of political uncertainty back to the platform. And even some in Trump’s own party aren’t excited about his much-awaited first tweet, if he decides to rejoin.

For now, Trump says he’s sticking to his personal social media brand Truth Social, where he’s supposed to post exclusively at least six hours ahead of other platforms, according to an acquisition agreement with Digital World Acquisition Corp. and Trump Media & Technology Group.

Musk still has some lines he won’t cross. He resisted requests to reinstate right-wing conspiracy theorist Alex Jones, whose Twitter account was permanently banned in 2018 and was recently ordered by a jury to pay nearly $1 billion in damages to parents for spreading lies about families who were victims of the Sandy Hook mass school shooting.

“If this week taught us anything, it’s that online hate has real world consequences. That Musk would replatform Marjorie Taylor Greene — who has a legacy of promoting transphobic and bigoted rhetoric — one day after a deadly attack on LGBTQ+ people in Colorado Springs goes beyond incompetence,” Gill said.

However, activist groups aren’t ready to leave the platform yet. “I’m willing to fight for Twitter because we still have value on it. I’m not ready to cede the platform to white supremacists, authoritarians and liars,” Free Press’ Gonzalez said.

A group of nonprofits and civil rights groups have started a #StopToxicTwitter campaign, urging Twitter’s largest advertisers to suspend their campaigns. So far, large brands like Pfizer, Volkswagen, Macy’s, General Mills, GM and Audi have stopped advertising — totaling more than 50 of Twitter’s top 100 advertisers. Prior to Musk’s takeover, advertising made up 90 percent of Twitter’s revenue.

Trump was kicked off Twitter — as well as Facebook and YouTube — for violating their rules against incitement of violence during the Jan. 6, 2021, insurrection at the U.S. Capitol. While Musk followed through on his promise to lift the ban, Facebook has until January to decide to lift its temporary ban, and Trump’s account on YouTube will be reinstated only once the “risk of violence” subsides. Greene’s personal Twitter account was suspended in January for violating Twitter’s rules against spreading Covid-19 misinformation.

At the Republican Jewish Coalition in Las Vegas, Trump said that for now he doesn’t see any reason to reactivate his @realDonaldTrump handle.

“There are a lot of problems on Twitter, you see what’s going on. They may or may not make it, but the problems are terrible. The engagements are negative. And you have a lot of bots and you have a lot of fake accounts,” Trump said in a video conference interview. “Truth Social has taken its place for a lot of people, and I don’t see them going back onto Twitter.”

Still, the former president — who has accrued over 87 million followers on Twitter since his account was reinstated Saturday — did not rule out an eventual return. People close to Trump say that, while they don’t expect him to rejoin immediately, he is likely to return at some point or else lose out on his massive following and an opportunity to promote his message with an audience beyond his loyal base of supporters who flocked to Truth Social.

“If Trump wants to win the election, he gets back on Twitter. If he wants to make money and lose, he should stay on Truth,” said a GOP digital strategist. “[Twitter is] a huge megaphone and it drives the news cycle.”

“On Truth, the media gets to choose which message gets posted. Trump talks above the media on Twitter,” the strategist said, referring to how reporters will select and share Truth postings to a wider audience on Twitter.

Eric Wilson, a managing partner at Republican investment fund Startup Caucus, said the Trump effect may not have a large impact in the end. In the nearly two years since Trump has been banned on the major platforms, the sites have moved past Trump and are less hyperfocused on politics.

“So it’ll be interesting to see if Trump does return and he goes back to posting as he used to, will users respond to that in the same way?” Wilson said.