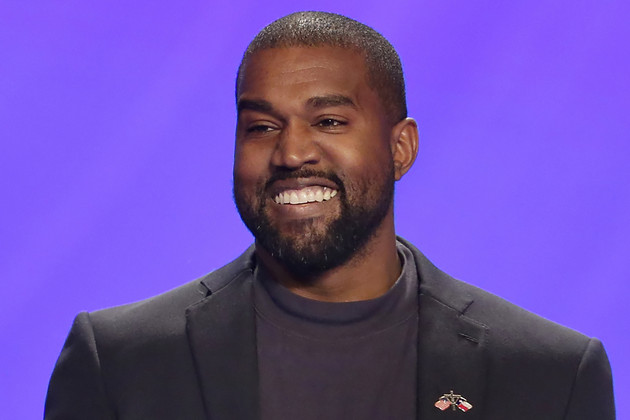 On the afternoon that Parler, a social media platform popular with conservatives, announced its acquisition by Ye, better known as Kanye West, the site emailed hundreds of VIP members to excitedly share the news.

There were just two problems.

Parler neglected to blind-CC email addresses and inadvertently revealed the contact information of at least 10 lawmakers and many more conservative stars. The other problem: some of those “VIPs” had no clue why they were being labeled as such, confessing that they had little to no association with the controversial app, let alone special status there.

“Chairwoman [Kelli] Ward isn’t active on Parler and hasn’t opened the app in well over 2 years,” said Kristy Dohnel, a spokesperson for the Arizona Republican Party. “We have zero idea what you are talking about.”

The episode and subsequent confusion — a company spokesperson declined to address questions about who compiled the list and the criteria behind it — has created a headache for Parler during what should have been a celebratory time. Since its 2018 inception, the site has tried to position itself as a champion of free speech, recruiting Donald Trump acolytes and conservative luminaries with a promise to be the quintessential social media counterweight to the likes of Facebook and Twitter.

But the inadvertent email raises questions about how big Parler’s influence actually is as Ye prepares to buy it, given that the VIP list included generic media addresses and some that were old or defunct. It also offers a window into the oft-times chaotic nature of the conservative media ecosystem, where a variety of different platforms are competing for audience share and industry dominance by catering to a narrow group of influential conservative figures and relaxing editorial guardrails.

Parler’s platform has become a haven for far-right posters and anti-Semitic content. In early 2021, it was banned from Apple and Google stores after the Jan. 6 riots on Capitol Hill, and in order to return, the app made changes to its content moderation.

A Parler spokesperson said the site had about 16 million registered users prior to Ye’s purchase announcement. But according to data analytics firm Apptopia, it has just 40,000 daily active users. That pales in comparison to Twitter’s 237 million daily active users, according to the company’s latest earnings report.

Eric Wilson, a managing partner of Startup Caucus, a Republican campaign technology investment fund, said the problem facing Parler was not unique to that platform. Sites built around political communities generally have a hard time building the so-called “network effect” that sites like Facebook, Twitter and Instagram have constructed. That’s because the vast majority of social media users don’t go on the platforms to talk about politics. “And so these concentrated networks of people who want to talk about politics are essentially creating a choir room,” Wilson said.

“This idea of a conservative-only political social media network is not going to take off,” he added. “And I wish these entrepreneurs and investors would put their money into more effective projects.”

Part of what’s contributed to its audience’s shared woes is that Parler has lacked the star power and user base that Trump and his family bring to platforms. Trump has not joined Parler, although Ye is in talks with the former president about doing so.

Absent Trump, there is hope that Ye himself could play the star power role. An account for the rapper — who is currently engulfed in his own scandal for a series of anti-Semitic remarks that resulted in his suspension from Twitter and Instagram — appeared on Parler on Monday. By Thursday, he had over 29,000 users following him. It was a tiny fraction of his 31 million Twitter followers. He sent his first “parley” on Wednesday afternoon, quoting a Bible verse saying, “Romans 8:31: “What then shall we say to these things? If God is for us, who can be against us?” He later posted a video of a “2024” hat, hinting at a potential presidential run.

A person familiar with Parler’s business said the company had been seeking a buyer since it announced it had acquired cloud service provider Dynascale, and that it was creating a new parent company, Parlement Technologies, Inc., and placing its focus on cloud technology.

“Parlement has always been exploring strategic opportunities for all its brands and continues to do so,” said a spokesperson for the company.

When the announcement of Ye’s acquisition plans was made, Parler’s outreach team sent out the VIP email under the subject line “Ye + Parler.”

The recipient list included a number of emails whose identity was impossible to know. But it also included emails for MAGA media stars like Charlie Kirk and Jack Posobiec; Trump world figures like Kimberly Guilfoyle, Brad Parscale, and Dan Scavino; and other names including Eduardo Bolsonaro, Project Veritas’ James O’Keefe, Michael Flynn, Dan Bongino and Dana Loesch. POLITICO reached out for comment from these individuals. Flynn’s email bounced back.

The text of the email described the recipients as owning “gold-badged accounts” and informed them of Ye’s plans to buy Parlement Technologies. The outreach team assured recipients that “Parler’s core mission will remain the same” and pledged to keep lines of communication open.

“As a gold-badged account, you’ll still communicate with the same Outreach team. Our VIPs are an invaluable part of the Parler family and experience,” the email, signed by three members of Parler’s “Outreach Team” read. “We appreciate all your support and partnership in the fight for free speech, and we look forward to your involvement in this monumental new chapter.”

But the outreach team forgot to hide the recipient list; or, at least, a complete version of it (the email obtained by POLITICO was alphabetized and only included recipients up to the letter J). By the end of the day on Monday, the email had been forwarded within conservative circles. The Daily Caller also reported on the VIP list.

Many of the names included in the email do have operational Parler accounts, including Kirk and Trump superfans Diamond and Silk. Others appear to have joined the site for research or muckraking purposes, including MSNBC’s Ali Velshi.

Told that they were Parler VIPs, several people on the email recipient list expressed surprise.

“I worked with and was approached by Parler prior to my 2020 election. I was given a badge as I worked in media and they wanted to confirm my account was the official [account] to avoid impersonation accounts,” said Anna Paulina Luna, a Republican congressional candidate in Florida. “I am unfamiliar with the email you have but I haven’t spoken to anyone at the org in a few years as I prefer instagram as a primary means of communication and did not like the interface of Parler.”

One of the Republicans whose email was on the list said a representative for Parler approached them at an event, urging them to use the platform more and informing them that they had VIP status with them. “The next thing I know I get an email saying, ‘Oops, so sorry. we sent your email to everybody on our list,’” the person said.

It was just one of the many PR issues faced by Parler following the company’s announcement of the acquisition by Ye. On Tuesday, its CEO George Farmer declined repeated efforts by Fox Business anchor Stuart Varney to say whether the platform would or would not allow Ye to make anti-Semitic comments on the platform, saying Ye would ultimately be the “controller” when the deal is complete.

Farmer told the Wall Street Journal the conversation with Ye to buy the platform began over Paris Fashion Week when his wife, conservative commentator and influencer Candace Owens, appeared with the rapper wearing controversial “White Lives Matter” T-shirts. The Anti-Defamation League has called that tagline a “white supremacist phrase” that was created as a “racist response to the Black Lives Matter movement.”

“Ye is not only a music & apparel titan but he, like Parler, has faced senseless and unnecessary censorship and cancellation by Big Tech. He shares Parler’s passion for free speech and independent thought,” Farmer said in a statement to users on Monday. “Parler will remain a place where everyone can think, listen, and speak freely. We will continue the fight against censorship, cancel culture, and authoritarianism.”