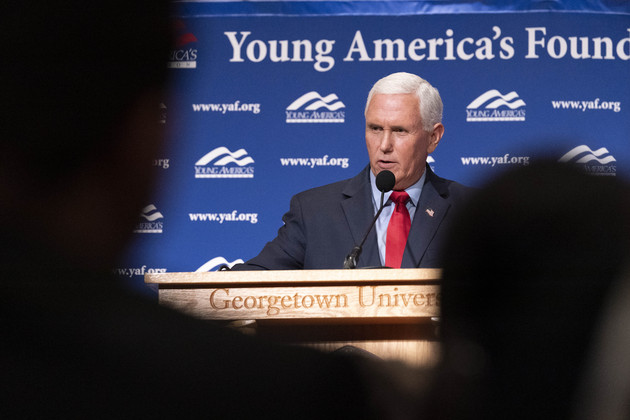 Former Vice President Mike Pence said then-President Donald Trump “endangered me and my family and everyone at the Capitol building” with his words and actions during the Jan. 6 riot in 2021.

Pence was the target of Trump’s vitriol that day — and afterward — because he declined to take action to block the certification of Joe Biden’s election as the nation’s next president. During the height of the melee inside and outside the Capitol, Trump tweeted: “Mike Pence didn’t have the courage to do what should have been done to protect our Country and our Constitution.”

Asked about that tweet by Muir, Pence said: “It angered me, but I turned to my daughter, who was standing nearby, and I said, ‘It doesn’t take courage to break the law. It takes courage to uphold the law.’”

Pence, whose memoir “So Help Me God” is being released this week, added: “The president’s words were reckless. It was clear he decided to be part of the problem.”

After Bitcoin’s Worst Week in 5 Months, Here’s What Crypto Analysts Are Saying

It’s not impossible that Putin could use nuclear weapons, Austin says