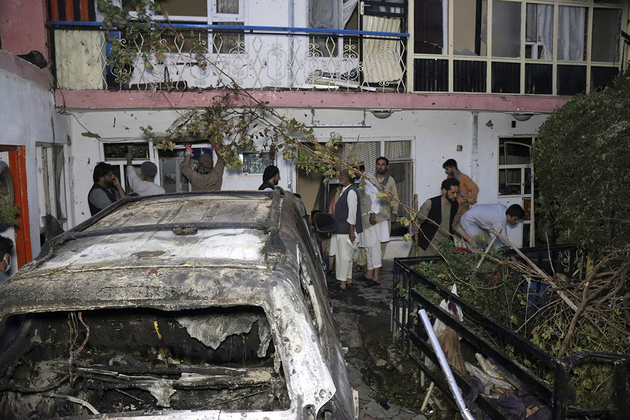 The Pentagon has decided that an overhaul aimed at reducing risks to civilian casualties will not include reinvestigating past incidents, even those that were erroneously dismissed, according to a department spokesperson.

The plan also will not involve reopening past cases in which civilian casualties were confirmed but the department did not make amends to the victims’ families, Lt. Col. Cesar Santiago-Santini said. The agency will, however, continue its policy of reviewing cases if new evidence emerges, he added.

The Pentagon’s new action plan, released in August, “is a forward-looking document that focuses on how DoD will further refine our capabilities and processes to better mitigate and respond to civilian harm, and provisions relating to reevaluation of past incidents of civilian harm are therefore outside the scope of this plan,” Santiago-Santini said in a statement.

In the near term, in accordance with the new action plan, DoD “will further expand the sources of information used in assessments and investigations so that DoD has access to more information and is more capable of assessing and investigating the results of military operations,” he said.

Outside groups focused on preventing civilian casualties said they were disappointed with the decision. The groups have long urged the Pentagon to provide better accounting of the incidents, many of which they say were improperly adjudicated or summarily dismissed.

The groups have pressed DoD to reopen previous cases as part of the overhaul, in part to learn lessons from past mistakes.

“If you don’t reopen those cases, you don’t really understand what’s gone wrong,” said Emily Tripp, director of U.K.-based airstrike monitoring group Airwars. “Can you really know if you’re getting to learn your lessons if you don’t know why the thing has gone wrong in the first place?”

The question of reviewing past cases of alleged civilian harm was considered to be one of the main gaps in the Pentagon’s 36-page action plan for reducing civilian casualties, which was released in August. The directive proposed broad changes to military planning, training and doctrine aimed at helping commanders better understand risks to civilians before operations even begin — but experts said it left many questions unanswered.

Pressure on DoD to do more to prevent and account for civilian casualties has increased in recent years, as recent reporting by outside groups and media outlets have uncovered systemic failures to prevent civilian deaths in Iraq, Syria and Afghanistan. The New York Times most prominently revealed officials’ attempts to cover up a 2019 strike in Syria that killed dozens of women and children, and a botched drone strike in Kabul that killed 10 people, primarily children, in August last year.

The likely death toll from the campaign against ISIS alone could be as many as 13,247 civilians, Airwars estimates. But the U.S. has conceded causing only 1,417 civilian fatalities. It has rejected 2,674 claims as “noncredible,” but Airwars has associated those cases with thousands of casualties, Tripp said.

“That’s cases where according to our methodology, all the sources agreed that it was the U.S. that was responsible, there was clear evidence that civilian harm occurred,” she said.

“Over the past several years, DoD has continued to refine its practices and procedures for reviewing reports of civilian casualties,” he said.

Implementation of the new directive is still in its early stages. Members of the Pentagon steering committee for the new effort met for the first time last week, POLITICO reported.

Jonathan Lord, senior fellow and director of the Middle East Security Program at the Center for a New American Security, said DoD should “take an iterative, methodical approach to first ensuring it is in a position to mitigate and respond to future civilian harm.”

But once that is done: “Systematically reviewing and responding to old cases that did not have the benefit of being investigated to updated standards could heal old wounds and restore the U.S. military’s credibility among many of the communities in which it has operated for the past 20 years,” he said.

It’s not necessary to reopen every case, said Marc Garlasco, a former Pentagon official and military adviser at PAX Protection of Civilians, a Dutch NGO. But experts have a list of cases still considered open, because DoD “either didn’t look at all the evidence from the victims and witnesses and NGOs or else they summarily dismissed them without explanation.”

“We want them to reopen those cases and also use past cases as the basis for lessons learned. How can they learn lessons without looking at 20 years of problems and learning from them? Why start from scratch?” he said.

On the whole, experts praised DoD’s vision for the action plan. Ultimately, the plan envisions adding 160 people across the U.S. military’s regional commands focused on reducing risk to civilians from military operations from beginning to end, said a DoD official with direct knowledge who requested anonymity to discuss details that are not finalized.

On the front end, the action plan establishes civilian environment teams in each regional command that will help illuminate the “nonadversarial aspects of the battlefield” for the commander, the DoD official said. The Pentagon envisions these teams will comprise urban planners, civil engineers and others who have expertise in the local area.

At each regional command, civilian harm mitigation and response officers will convene working groups to ensure that expertise is integrated throughout the command’s operations. The plan also calls for “red teams,” or specially trained staff to serve as a “devil’s advocate” to help prevent target misidentification.

Finally, the plan calls for civilian harm assessment cells under each regional command to investigate and assess civilian harm after an incident occurs, the DoD official said.

The new personnel will not interfere with the targeting process — and they certainly won’t have a “veto” of an operation — but will help ensure the commander has the full picture of the battlefield when making decisions about operations, the official said.

The Pentagon has always taken civilian harm seriously, the DoD official said. The difference now is that the department will have people specifically focused on the issue who are integrated throughout operations.

“We will take into consideration, as a matter of our ordinary approach, issues related to the civilian environment and how we can preserve it to the extent feasible as part of our plans,” the official said. “We are going to place that upfront, so it’s not going to be an incidental concern, it’s going to be a primary concern.”

Democrats are putting money and resources into … Rhode Island