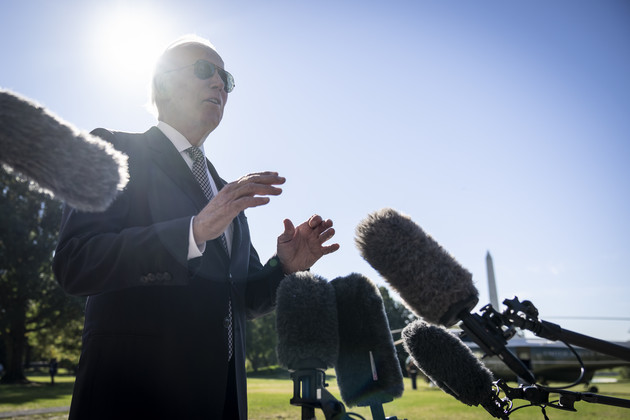 "I didn’t know anything about it," Joe Biden said in an interview that aired Tuesday on CNN, of his son possibly lying about drug use on an application to purchase a gun. | Drew Angerer/Getty Images

President Joe Biden addressed the possibility of his son, Hunter Biden, being prosecuted for tax crimes and a false statement during a gun purchase — the first time the elder Biden has answered questions about the possibility of charges, first reported by the Washington Post.

“I didn’t know anything about it,” the president said in an interview that aired Tuesday on CNN, of his son possibly lying about drug use on an application to purchase a gun.

Federal agents think they have enough evidence to charge the younger Biden with tax crimes and the false statement, the Washington Post reported last week. However, no such charges have been filed by the U.S. Attorney in Delaware — an appointee of former President Donald Trump — yet.

Federal law requires people to attest they’re not unlawfully using or addicted to drugs when they buy a gun; Hunter Biden has said that he was struggling with drug addiction in 2018, the same year he purchased a gun, the Post has reported.

The president repeatedly stressed that he’s proud of his son for overcoming drug addiction and establishing “a new life.”

“I have great confidence in my son,” Biden said in a pre-taped interview with CNN’s Jake Tapper. “I love him and he’s on the straight and narrow, and he has been for a couple years now. And I’m just so proud of him.”

Trump is hoping to take a U.K. summer swing, but it is up in the air