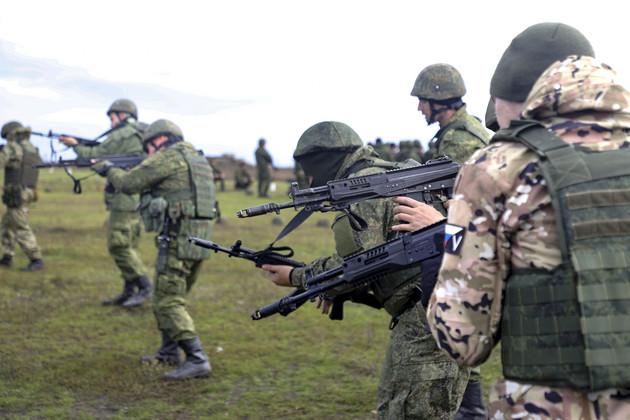 The Central Asian nation of Kyrgyzstan on Sunday unilaterally cancelled joint military drills between the six nations making up the Russia-led Collective Security Treaty Organization, less than a day before they were due to start on its territory.

The Kyrgyz defense ministry did not specify the reason for cancelling the “Indestructible Brotherhood-2022” command and staff exercises, which were set to be held in the country’s windswept eastern highlands Monday to Friday.

According to earlier reports, the exercises were set to involve army personnel from CSTO members Russia, Armenia, Belarus, Kazakhstan, Kyrgyzstan and Tajikistan, and focus on securing ceasefires. Observers from five further states, including Serbia, Syria and Uzbekistan, had also been invited.

The move by Bishkek is the latest indication that tensions may be simmering within the alliance, formed in the early 1990s after the collapse of the Soviet Union. Last month, Armenia skipped a two-week drill held by the collective in Kazakhstan, after criticizing the bloc for failing to openly side with it after large-scale fighting erupted on its border with non-member Azerbaijan in September.

Russia and other CSTO countries effectively turned down Yerevan’s request for military aid, issued hours after hostilities began, and limited their response to sending fact-finding missions to the border. Armenian authorities had accused the Azerbaijani government in Baku of using heavy artillery and combat drones to strike Armenian army positions.

Despite its apparent ambitions to provide a counterpart to NATO, the CSTO has at times struggled to define its exact purpose. Failure to engage in numerous security crises among its members over the years has prompted analysts to question its viability.

Last spring, the bloc looked on impassively as two members, Kyrgyzstan and Tajikistan, were engaged in a bloody border dispute.

The CSTO’s focus has instead been aimed more intensely on enhancing readiness for potential spillover from Afghanistan, which shares a long border with Tajikistan. As of last month, Russia had around 5,000 troops stationed in that country, down from 7,000 in January as the Kremlin has drawn down its military presence to replenish its ranks in Ukraine amid the eight-month war.

Voters agree on need for more protections from chemicals