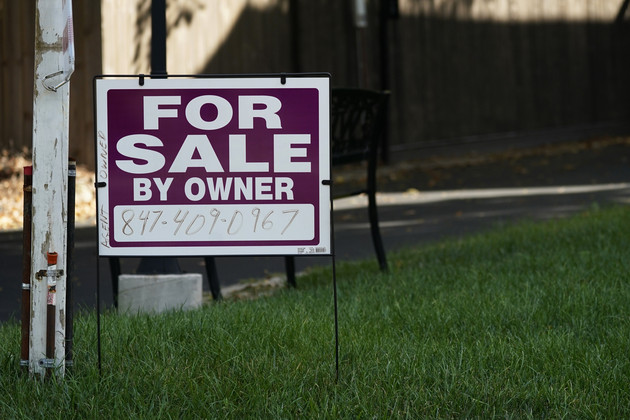 Lobbyists are scrambling to get help from Washington to goose the housing market as demand tanks in response to rising interest rates and high prices.

Groups representing builders, realtors and lenders are urging Congress and the White House to intervene to spur more home construction and boost affordability. It’s an increasingly urgent plea, with mortgage demand down more than 40 percent from a year ago and rates topping 7 percent for the first time in two decades.

Advocates are leaning on lawmakers to act before the end of the year, warning of gridlock with Republicans poised to win back at least one chamber of Congress in the midterms. The campaign is getting traction in the Biden administration. Officials at the White House, Treasury Department and HUD are urging lawmakers to move.

“Anyone who wants to do anything in a bipartisan way is going to have to do it in this lame-duck session or it’s not happening,” said National Housing Conference President and CEO David Dworkin, who believes tax legislation has a shot before 2023. “Next year is going to be chaos.”

The housing slump is the economy’s biggest casualty so far from a series of Federal Reserve rate hikes designed to tame inflation. Mortgage lenders including Wells Fargo have already laid off thousands of employees this year, and cuts are expected to continue.

The emerging lobbying campaign by builders, lenders and other housing groups to win federal support is a preview of the policy debates to come if other sectors start to suffer downturns as rate increases continue.

For now, housing advocates are holding their fire when it comes to the Fed. But they’re growing steadily more frustrated that their pleas are not gaining traction on the Hill.

“The most bipartisan issue facing any Congress ever is housing,” said Jerry Howard, CEO of the National Association of Home Builders. “This Congress and prior Congresses should be embarrassed.”

Making a real dent in the crisis would require a boost in the supply of homes to help relieve pressure on prices and spur more activity in the market – and that would require new investment from Congress, according to advocates, lobbyists and administration officials.

President Joe Biden and Democratic lawmakers had floated spending $150 billion on housing – including on the construction of new homes in addition to expanded rental assistance — as part of the climate and health law that Biden signed in August. The spending fell out during negotiations for a slimmed-down bill Sen. Joe Manchin (D-W.Va.) could support.

“If during Build Back Better you had housing provisions left on the cutting floor with [Rep. Maxine] Waters and Biden, how is that going to happen in the lame duck?” said one lobbyist who requested anonymity to speak candidly about his industry’s chances for success. “There’s no way.”

Administration officials said the White House has taken regulatory steps to encourage more construction but that significant headway would require more funding from Congress and zoning reforms at the state and local levels to remove some of the price pressures on new development. The Biden administration backs two bipartisan bills that would expand tax breaks for developers of affordable housing.

“At the end of the day this requires resources,” said a White House official who requested anonymity to speak about interactions with the housing lobby and Congress. “This is a resource problem where the solutions are definitely clear, and it’s why congressional action is certainly important.”

“These programs tend to attract a massive amount of fraud,” said Ed Pinto, an American Enterprise Institute senior fellow and former Fannie Mae executive. “It’s just an open-shut book for potential fraud and poor workmanship. These neighborhoods have been scammed too many times by these types of programs.”

Howard, one of a handful of industry lobbyists and affordable housing advocates to meet with top officials at the White House in September, said his message to the Biden administration is simple: “Make it easier for us to replenish the supply, and the housing market will go back, and inflation will go down.”

Fudge and Treasury Secretary Janet Yellen penned an op-ed after the meeting calling on state and local governments to funnel unused funds from the American Rescue Plan toward the construction and rehabilitation of housing.

Dworkin, another industry representative at the White House meeting, also tied a pitch for building more homes to inflation. The cost of shelter accounts for about a third of the official inflation measure. Dworkin said building more affordable housing units is “counter-inflationary” because higher rents will persist without additional units to meet demand.

“It’s painfully clear that we need more money for housing production, because if we don’t deal with the housing supply shortage, we’re not going to adequately address inflation,” he said. “We’re going to be fighting inflation for a long time — there is time to build housing with an aim toward reducing shelter costs.”

The industry is pinning its hopes for a supply boost on two bipartisan bills — the Neighborhood Homes Investment Act S. 98 (117) and the Affordable Housing Credit Improvement Act S. 1136 (117) – that would expand the tax credits available to developers who build affordable housing. The Fudge-Yellen op-ed called the bills the “fastest way to surge the production and preservation of affordable rental and owner-occupied housing in communities nationwide.”

Enactment of the legislation would lead to the creation of more than 2 million housing units over 10 years, according to housing industry groups.

The hope among advocates is that Congress will pass the bills as part of a year-end tax package when lawmakers return after the midterm election.

“We are for an all-of-the-above approach to making housing more accessible, available and affordable,” said Shannon McGahn, chief advocacy officer at the National Association of Realtors. “The lack of inventory is where we think there’s the ability to have Congress act, the administration and state and local governments as well.”

The Affordable Housing Credit Improvement Act would revise and expand the existing Low-Income Housing Tax Credit, a tax incentive for the construction of affordable rental housing. The Neighborhood Homes Investment Act would establish a new business tax credit to help finance the construction and rehabilitation of homes in economically disadvantaged areas.

The bills’ inclusion in any year-end tax bill will likely depend on negotiations surrounding bigger-ticket items like the Child Tax Credit. Realtors also want lawmakers to enact a bill that would give home sellers a bigger break on capital gains taxes.

With Congress an unsure bet, mortgage industry lobbyists are turning to federal agencies to take action.

The Federal Housing Finance Agency on Oct. 24 announced that Fannie Mae and Freddie Mac, the government-controlled companies behind about half of the country’s residential mortgage market, will eliminate upfront fees for some first-time homebuyers and loans — a move the industry cheered.

Industry trade groups have also repeatedly called on the administration to cut the annual premium charged on Federal Housing Administration-insured loans, which predominantly go to low-income and first-time homebuyers.

The annual income necessary to buy the median-priced home less than three years ago was $64,400 and is now over $120,000, a coalition of housing lobbyists and civil rights groups noted in a letter last month calling on HUD to cut premiums for FHA loans.

The mortgage lender group is also pushing FHA to raise loan limits for multifamily housing. But lobbyists acknowledge that the regulatory changes they seek are hardly a cure-all for the housing market’s woes.

“These are base hits,” said Mortgage Bankers Association Senior Vice President Mike Flood. “But after a while a few base hits gets you a few runs on the board.”