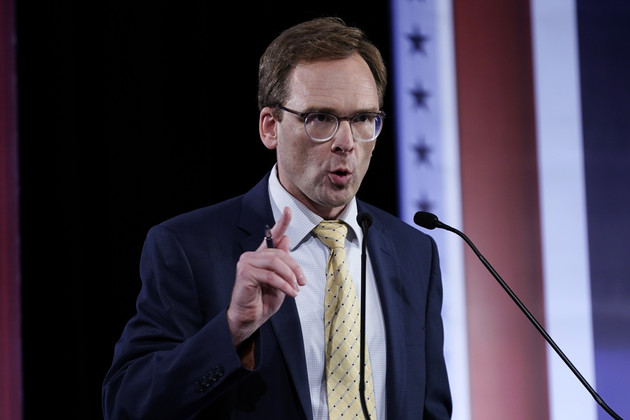 Democrat Tom Nelson dropped out of the Wisconsin Senate primary on Monday and threw his weight behind Lt. Gov. Mandela Barnes, a move that aims to consolidate progressive Democratic support in one of the party’s tightest primary battles.

Nelson, who served as the Outagamie County executive since 2011, delivered the announcement on Twitter and said “We ran out of money. So I am suspending our campaign and endorsing the one candidate not trying to buy this election: #TeamMandela.”

Nelson had been in fourth place, receiving the support of just 7 percent of Democratic primary voters, according to recent polls.

“Friends, good news bad news. Bad news is I’m suspending the campaign today and I want to thank everybody for all the great work that you’ve done for us,” Nelson said in a follow-up video posted to social media. “The good news is, I’m proud to say that the progressive vote is consolidated and the progressive family is one because today I’m endorsing Mandela Barnes for the U.S. Senate.”

The end of Nelson’s progressive campaign is a boon to the campaign of Barnes, Nelson’s closest ideological rival, who clinched the endorsement of Bernie Sanders. Barnes currently leads the Democratic pack with support from 25 percent of likely Democratic voters, compared to Milwaukee Bucks executive Alex Lasry, who trails Barnes at 21 percent, and state Treasurer Sarah Godlewski, who ranks third at 9 percent.

Barnes thanked Nelson for his endorsement: “I deeply respect Tom Nelson’s commitment to the working people in this state and am thankful to have his endorsement.”

The winner of the Democratic primary could face Sen. Ron Johnson in Wisconsin, a staunch ally of former President Donald Trump who faced calls for an investigation after allegedly arranging a hand-off of fake pro-Trump electors to falsely sway the 2020 election.

Barnes leads Johnson on the general election matchup by 2 points, a greater margin than any of Johnson’s potential Democratic opponents, according to recent polls.