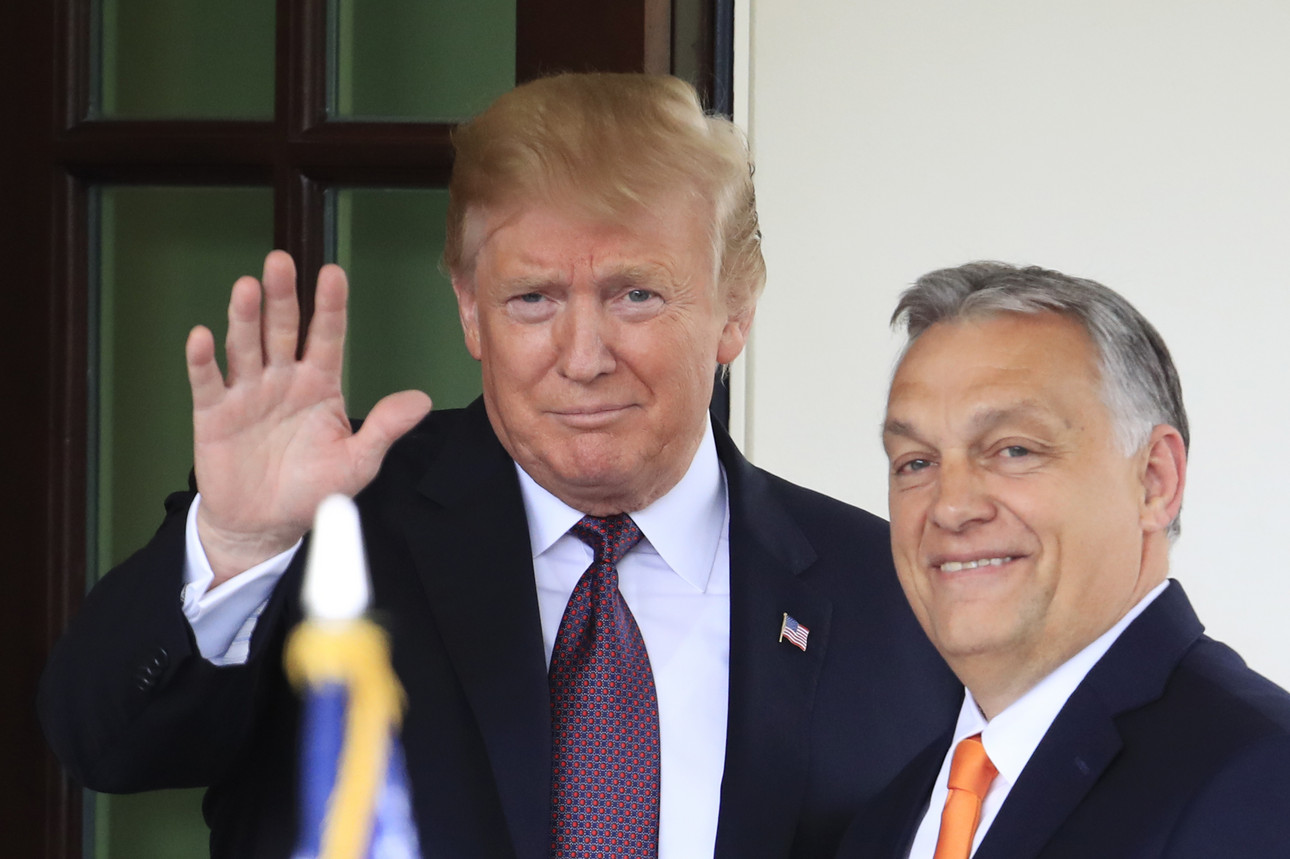 Donald Trump has entertained Hungary’s Viktor Orban at his club in New Jersey and talked longingly about his relationship with Kim Jong-Un as the North Korean leader fired ballistic missiles over Japan. | Manuel Balce Ceneta/AP Photo

While most national Republicans have been fretting over whether Dr. Mehmet Oz can rebound in Pennsylvania, or whether Herschel Walker will be tripped up by the ghosts of his past, Donald Trump has also been keeping tabs on the political future of Brazil’s Jair Bolsonaro and watching closely as Kim Jong-Un rattles the west.

The former president remains keenly invested in the midterm election cycle that is cresting back home. But his attention has been occupied by affairs overseas too.

Trump and his circles have worked to propel the “America First” style of right-wing populism abroad by giving a MAGA stamp of approval for far-right candidates and building informal alliances with burgeoning right-wing movements. Most recently, he provided a last-minute boost for Bolsonaro with a video endorsement filmed on his private plane while on the way back from a rally in Michigan — a video that Bolsonaro’s son Eduardo said contributed to his father’s better than expected showing in Sunday’s presidential election.

Trump’s warned about world war stemming from U.S. policy towards Taiwan, he’s entertained Hungary’s Viktor Orban at his club in New Jersey, and talked longingly about his relationship with Kim Jong-Un as the North Korean leader fired ballistic missiles over Japan.

His allies say it’s part of building his own political brand.

“The president’s endorsement isn’t just a kind of quirky ‘screw you’ to the media and global institutions, it has a big effect with grassroots voters. His voice plays largely in a lot of countries,” said Matt Schlapp, president of the American Conservative Union. “I’ve talked to him about this three or four times and I don’t know if he fully understands he has this kind of non-traditional audience in the U.S. but it is also overseas.”

Trump has long had an affinity for strongmen in far-off countries, going back to his days before becoming president. But his continued fascination with and support for them threatens to further complicate the Republican Party’s search for a cohesive foreign policy doctrine.

Those close to Trump say he views his interest and involvement in foreign elections as a natural extension of his relationships from the White House and his long held efforts to flex political power back home.

“It’s real, his endorsement is looked for as much as a politician here,” said Steve Bannon, Trump’s former White House strategist. “He knows these people personally whereas he doesn’t have the hangers-on at Mar-a-Lago that are getting paid to deliver endorsements to House and Senate candidates. President Trump is looked at as the leader in that movement.”

But Trump’s relationships with strongmen leaders also carries significant risks. He faced early criticism for his reluctance to rebuke Russian President Vladimir Putin over the war in Ukraine. And he has been eager to host events at his club that are sponsored by the Saudi-backed LIV tour golf tournament, despite widespread condemnation that it is the regime’s effect to obscure its terrible humanitarian record.

His correspondence with Kim Jong-Un has reportedly been one of the facets that has embroiled him in one of his main legal dramas. Trump is believed to have kept the letters the North Korean leader sent to him, despite requests for the National Archives for them to be turned over under the Presidential Records Act. New York Times reporter and author of “Confidence Man” Maggie Haberman wrote that Trump demurred when asked about any communication with the North Korea leader, something he has been known to brag about to members at Mar-a-Lago.

“Trump is a budding authoritarian and he feels a natural affinity with other actual or aspiring authoritarians abroad. Some call it the Illiberal International,” said Max Boot, a foreign policy expert who advised Republican presidential campaigns. “They are united by their embrace of nationalism and xenophobia and rejection of liberal democracy, science, and even reason. The foreign authoritarians learn from Trump and he learns from them. It’s a disturbing dynamic that is doing much to undermine democracy around the world.”

Trump has been unbowed by the critics. He has defended his relationships and endorsements on the grounds that it’s an extension of a brand of foreign policy realism. And his team notes that he’s shaping the GOP around his worldviews. Top voices in the conservative media ecosystem, for instance, have come to forcefully criticize the U.S. commitments to Ukraine.

But there are personal political benefits Trump seeks as well. During the 2020 election, he was supported by Bolsonaro, Orban, and Philippine President Rodrigo Duterte. He infamously asked Ukrainian leadership for dirt on Joe Biden. Four years prior, his son, Don Jr. said he welcomed dirt on Hillary Clinton from Russian sources. But aides insist that the relationships aren’t simply transactional but built on something more intimate.

“I think it’s a personal friendship. When I’ve discussed it with President Trump, he has a great affinity for leaders who are willing to stand up against the media elites around the world, who are independent minded and he said these people can put their people first,” said former Trump adviser Jason Miller, who now runs social media platform GETTR and has promoted the platform abroad, including in Brazil. “He’s told me it’s ‘the go alone to get along’ crowd.”

Trump’s approach would have been largely unrecognizable in Republican circles not so long ago. Past party leaders boasted about their sternness to dictators and autocrats, even as they often cut deals with them. Those veins still exist. Top GOP congressional leaders have praised President Biden for his handling of the invasion of Ukraine and there is little to no appetite within the party to soften America’s approach to China. Trump’s own former secretary of state, Mike Pompeo, made a second trip to Taiwan this summer where he warned China against further aggression towards the island country.

But the influence of Trumpism is still unmistakable – it’s evident abroad. In Brazil, Trump has served as an inspiration for Bolsonaro – often called the “Trump of the Tropics” – who has spent months of his campaign fueling distrust in Brazil’s elections; while Orban has echoed the ex-president in speeches where he rails against the media, illegal immigration, and compares “liberal progressives” to communism.

But it’s been felt at home, too. The Conservative Political Action Conference — often cited as the hotbed of youth activism in the party — has become almost a mirror reflection of the 45th president’s approach. The group has held conferences in Brazil, Israel, Japan, Australia and Hungary and plans to hold another conference in Mexico this November. In its most recent gathering back home, Orban was a keynote speaker and received a certifiable hero’s welcome. It drew condemnation from certain quarters, over Orban’s anti-democratic bent. But CPAC simply reveled in not bending to GOP orthodoxy.

“When we go to Brazil, the Bolsonaro family is featured,” said Schlapp who just returned from CPAC Australia. “We went to Hungary and Orban is featured…CPAC is not usually affiliated with one politician and party and it’s the same role we play in America. As chummy as we like to be with Republicans we are sometimes a bur in their saddle. It’s an uncomfortable role but one we play.”