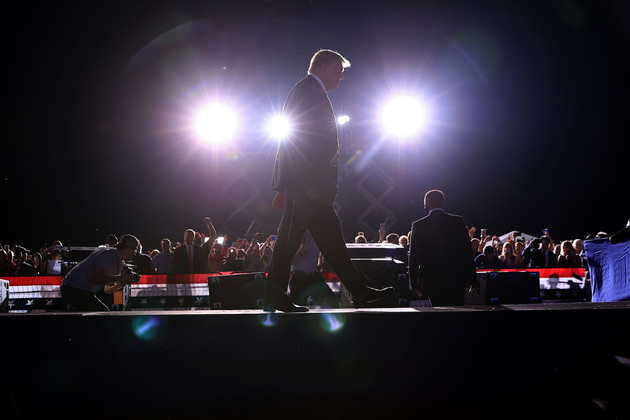 A decision by a judge appointed by former President Donald Trump to temporarily halt a Justice Department investigation into Trump’s handling of classified documents at his Mar-a-Lago estate triggered an avalanche of criticism from across the legal spectrum, including attacks from conservatives who served in the Trump administration.

“It was deeply flawed in a number of ways,” former Attorney General William Barr said.

But Judge Aileen Cannon’s ruling is just one of a flurry of controversial decisions by Trump judges in recent months that have been criticized as out of step with longstanding legal principles.

Among the provocative decisions from Trump-appointed judges:

Those envelope-pushing rulings have fueled questions about whether Trump’s judicial picks are more conservative or more partisan than those of previous Republican presidents and whether decades of unorthodox decrees from those judicial picks lie ahead.

In sheer numbers, Trump’s impact on the federal judiciary was profound. During just four years in office, he replaced a third of the Supreme Court, 54 members of the circuit appeals courts and 174 district court judges. In all, about 30 percent of the federal bench.

Trump’s tally of appeals court judges came in just one short of the number former President Barack Obama managed to get on the bench in twice as much time. The 11th Circuit, which is expected to hear the government’s appeal of Cannon’s special master order, is a majority Trump court with six of the 11 active judges appointed by the 45th president.

Trump’s preference for younger nominees also means his judicial picks could be handing down decisions for the next half-century.

Trump has made clear he expects unfleeting loyalty from the judges he appointed, referring to them as “my judges” and grousing publicly when they ruled against his administration.

“If it’s my judges, you know how they’re gonna decide,” Trump assured evangelical leaders during the 2016 campaign.

Trump’s repeated attacks on judges during that campaign and the early stages of his presidency led to an unusual public rebuke from Chief Justice John Roberts in 2018.

“We do not have Obama judges or Trump judges, Bush judges or Clinton judges,” Roberts said then. “That independent judiciary is something we should all be thankful for.”

Still, some recent judicial forays in particularly political cases have raised questions about whether Trump judges have a particularly partisan bent.

A March ruling from a Trump appointee in North Carolina shut down state-level proceedings to disqualify Rep. Madison Cawthorn (R-N.C.) from reelection on account of his support for efforts to overturn the 2020 presidential election results. (A federal appeals court reversed the decision two months later and Cawthorn lost his primary, making the dispute moot.)

Other times the unorthodox orders extend into the White House, like when a Trump-appointed judge in Louisiana issued a highly unusual ruling last week requiring President Joe Biden’s White House to turn over communications with social media companies about alleged objectionable content. The judge’s forceful approach to discovery in the case came despite the fact that similar suits Trump filed against the major social media firms two years ago have floundered in court.

But are such decisions the product of a handful of eccentric judges or are Trump judges somehow different from their predecessors, even those appointed by Republican presidents?

Academics who’ve scoured the data say Trump judges do indeed appear to be different, both in their rulings and their backgrounds, although some of the differences are surprising.

Trump appointees are the most conservative of the past 10 presidents, the study found, particularly on issues of civil rights, civil liberties, labor and economic regulations. However, Trump’s judicial picks were more liberal when ruling on criminal justice issues, Manning and his co-authors found.

In fact, the Trump appointees were sharply more pro-defendant in criminal cases than Reagan appointees, who ranked the most conservative in that arena during the half-century studied. Some chalk up the difference to the kind of suspicion about federal law enforcement that Trump aired during his presidency and since, as well as a broader skepticism in Federalist Society circles about aggressive prosecution of white-collar crime.

Another academic who studied Trump appellate court picks found their resumes tended to be lighter on experience as federal prosecutors.

“The Trump administration’s [nominees] were a little different, more likely to come from state courts or state attorney general offices. … They were also more likely to have worked at the White House or Department of Justice,” said Wharton School of Business professor David Zaring. “The biographical difference that really stood out for Trump appointees as compared to his predecessors is really a lot more executive branch service.”

A study Zaring published in 2020 of Trump appellate judicial nominees found they were younger, had spent more time in politics and less time in private-sector legal jobs than their predecessors. The backgrounds of Trump’s picks suggest they’re more likely to issue decisions that startle others in the legal sphere, he said.

“To the extent you’ve got sort of more political judges in the Trump administration … it’s going to be harder for lawyers to predict,” the professor said. “You’ve just got a lot more variation and a lot more people who may be outliers in some way. … Even though conservatives have assiduously cultivated this farm team, the farm team just isn’t that large.”

One reason some Trump-appointed judges may appear more eccentric or even extreme than their colleagues is that Trump nominees were typically picked from a smaller pool of candidates. Some legal conservatives declined to be considered for executive branch and judicial branch jobs because of distaste for Trump or concerns about being tarnished by association with him.

Others who were willing to accept a nomination found their bids derailed by a White House and a president notoriously thin-skinned about any hints of public criticism or potential disloyalty.

Despite some rulings that have backed Trump or his allies, his judicial picks have hardly proven to march in lockstep to Trump’s political desires. Trump’s efforts to overturn the 2020 election were met with vehement rejections by some of his own appointees, who in some cases issued rulings eviscerating the claims Trump allies made and expressing alarm at the relief they were seeking. His three appointees to the U.S. Supreme Court voted with their colleagues in dismissing a Texas lawsuit in December 2020 challenging the results of the election.

“This is an extraordinary case,” Trump appointee Brett Ludwig wrote in a brutal dismissal of a Trump suit seeking to block certification of the presidential election results in Wisconsin.

“A sitting president who did not prevail in his bid for reelection has asked for federal court help in setting aside the popular vote based on disputed issues of election administration, issues he plainly could have raised before the vote occurred. This Court has allowed plaintiff the chance to make his case and he has lost on the merits,” Ludwig declared.

In Washington, D.C., Trump’s four appointees to the federal district court have almost uniformly aligned on matters stemming from the Jan. 6, 2021, attack on the Capitol. While Trump has portrayed the prosecutions and pre-detention of some suspects as unduly harsh, his nominees on the bench have described the effort to halt the electoral vote certification as an assault on democracy and worthy of harsh punishment for those who committed violence or worked to flout law enforcement..

“There was nothing patriotic about what happened that day — far from it,” Judge Timothy Kelly said last month as he handed down a four-and-a-half year sentence to a Proud Boys member who joined in the Capitol riot. “It was a national disgrace.”

However, where there have been differences on Jan. 6 prosecutions, they’ve nearly all come from Trump’s appointees. Judge Trevor McFadden delivered the lone acquittal of a Jan. 6 defendant, seeing it plausible that he believed police had authorized him to enter and remain in the Capitol. Judge Carl Nichols became the lone judge in the district to rule that obstruction charges facing several defendants should be thrown out.

But Nichols, too, has been unpredictable. As the presiding judge in Steve Bannon’s contempt of Congress trial, he issued a series of rulings undercutting Bannon’s defense and similarly agreed the select committee was properly constituted. Nichols is expected to rule imminently on a subpoena by the select committee for testimony and records from former Trump chief of staff Mark Meadows.

Trying to divine exactly what the Trump administration’s standards and goals were for district court nominees is particularly challenging because, outside D.C. and a few other spots, senators enjoy veto power over district court judgeships under the so-called “blue slip” rule. That power sometimes forces White Houses into deals where they accept compromise candidates whom they might not otherwise appoint, in exchange for senators’ approval of the president’s preferred nominees.

During Trump’s presidency, he often argued that liberal judges were bending the law to block his most controversial policies like the border wall and the so-called Muslim ban. But even some scholars who criticized that trend as establishing a unique kind of “Trumplaw,” now say the term can be applied to some of the recent rulings favoring Trump’s legal positions.

“This stuff is completely way out and, unfortunately, Cannon has tended to go along with it,” said George Washington University law professor John Banzhaf. “She’s applying a kind of reverse Trumplaw: anything Trump wants, I’ll take the most ridiculous argument and I’ll fly with it.”