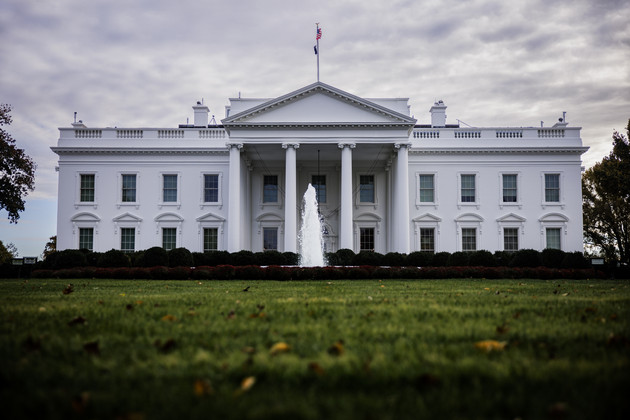 Still, the White House sees the economy growing much slower this year and next and inflation higher than previously expected but falling through the rest of the year. | Samuel Corum/Getty Images

The Biden administration is projecting a record decline in budget deficits this year as federal tax receipts outpace expectations and spending on pandemic aid programs wanes.

The budget gap for fiscal 2022 will total an estimated $1 trillion — $1.7 trillion less than the deficit last year and about $400 billion less than officials projected in March, according to the White House’s mid-year budget update released Tuesday. That would be the lowest annual deficit since 2019, before the pandemic plunged the U.S. into a deep recession and prompted a wave of government spending to cushion the economy.

Administration officials credited the president’s policies, including the $1.9 trillion American Rescue Plan, with narrowing the budget shortfall by speeding up the economic recovery last year.

The latest forecast “once again makes clear that we can and must make critical investments in the middle class, in expanding economic opportunity, and in tackling big challenges, and that we can do so in a way that is smart and fiscally and economically responsible,” an administration official said on a call with reporters.

The figures don’t include the additional savings expected from the recently passed health care, climate and tax bill, which is estimated to shave another $300 billion off deficits over the next decade.

Still, the White House sees the economy growing much slower this year and next and inflation higher than previously expected but falling through the rest of the year.

Administration officials have pointed to declining deficits as one way fiscal policy is helping the Federal Reserve rein in inflation, which remains near the highest levels Americans have seen in four decades.

The improved budget outlook since the spring is driven largely by much stronger-than-expected tax revenue, which has surged as a tight labor market drives up wages for American workers, in turn boosting the amount collected by the government.

That, coupled with declining government outlays on pandemic relief and safety net programs, has led to a much narrower budget shortfall than the administration expected just five months ago.

As a share of the economy, officials now see deficits shrinking by nearly two-thirds — from 12.4 percent of gross domestic product in 2021, to 4.2 percent in fiscal 2022, which ends Sept 30. That’s also lower than the 5.8 percent they expected in March.

Looking ahead, White House officials see rising interest rates pushing up the government’s costs to service its $24 trillion debt load as the Fed continues to raise rates to ease price pressures. But an administration official said Tuesday that those costs, adjusted for inflation, are expected to remain below their historical average as a share of economic growth.

White House economists see GDP rising 1.4 percent in 2022 and 2 percent in 2023, compared with the 3.8 percent and 2.5 percent officials projected in March, respectively.

The consumer price index is expected to reach 6.6 percent this year — comparing inflation in the fourth quarter to the fourth quarter of 2021 — and then decline to 2.8 percent in 2023. That’s much higher than the 4.7 percent that administration officials projected in the president’s budget, though those forecasts were locked in during the fall of 2021, when many economists still thought price pressures would soon begin to abate.

The unemployment rate is expected to average 3.7 percent this year and reach an average, long-run rate of 3.8 percent in 2024 and beyond, similar to what the administration had forecast in March.