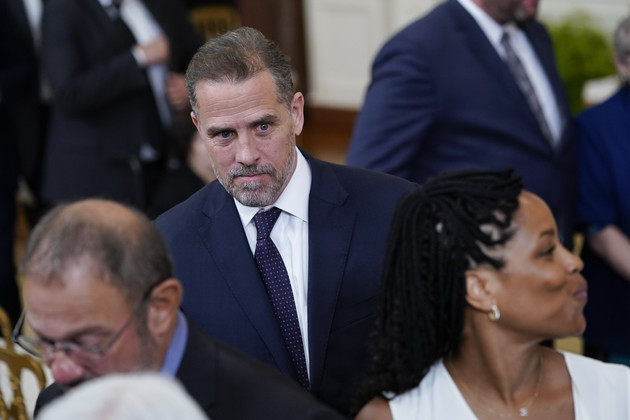 FBI Director Christopher Wray said on Thursday that allegations of an FBI agent’s partisan social media posts and efforts to suppress information in the investigation into Hunter Biden’s business activities were “deeply troubling.”

Speaking at a Senate Judiciary Committee oversight hearing, Wray appeared to condemn the alleged actions of Timothy Thibault, who he said was an FBI assistant special agent in charge at the Washington field office until “relatively recently.”

Sen. John Kennedy (R-La.), who pursued the line of questioning with Wray, said that Thibault — who had been at the FBI for more than 25 years — is now on leave.

Kennedy grilled Wray on Thibault’s alleged partisan actions on social media over the past few years, such as “liking” a Washington Post article titled “William Barr has gone rogue” and tweeting to Rep. Liz Cheney (R-Wyo.) that her father — former Vice President Dick Cheney — was a “disgrace.” Kennedy also mentioned Thibault’s retweet of a Lincoln Project post saying that “Donald Trump is a psychologically broken, embittered, and deeply unhappy man.”

Kennedy then pressed Wray on allegations that Thibault — who Kennedy said worked on both the investigation of links between Trump and Russia and the ongoing Hunter Biden probe — had “covered up derogatory info about Mr. Biden while working at the FBI.”

Wray gave similar answers to Kennedy’s questioning on both the social media posts and covering up of information, saying that he’d seen “descriptions to that effect” but wanted to be “careful” of not interfering with any ongoing personnel matters. But he did concede to finding the allegations about the social media posts “troubling.”

“I should say that when I read the letter that describes the kinds of things that you’re talking about, I found it deeply troubling,” he told Kennedy.

Senate Judiciary Chair Chuck Grassley (R-Iowa) first raised alarms about Thibault’s alleged partisan actions in May, demanding that the Justice Department and the FBI investigate whether the agent violated department guidelines with his social media posts. Grassley sent a second letter to the Justice Department and the FBI in late July saying that he had received “highly credible” whistleblower accounts alleging that Thibault had downplayed or discredited negative information obtained about Joe Biden’s son during the 2020 election.

Wray on Thursday didn’t definitively confirm or deny the allegations against Thibault and seemed to be trying to preserve his ability to act as an impartial decision-maker on potential discipline against the agent. However, the FBI director stressed that the actions Kennedy was describing were “not representative of the FBI.”

“I feel very strongly, and I have communicated consistently since I started as director, that our folks need to make sure that they’re not just doing the right thing, that they’re doing it in the right way and that they avoid even the appearance of bias or lack of objectivity,” Wray said.

Kennedy said he agreed with Wray’s statement that the majority of FBI employees have “tremendous integrity and objectivity,” but stressed that the situation with Thibault is only hurting the FBI’s image and needs to be addressed with the public.

“You’re killing yourselves with this stuff,” Kennedy said. “And this investigation needs to be completed on this gentleman and the results need to be reported to the American people.”

The Biden administration has permitted Trump’s appointee as U.S. attorney for Delaware, David Weiss, to stay on to complete the probe of the president’s son.

Hunter Biden in a December 2020 statement denied any wrongdoing in his tax affairs. Biden’s lawyer did not immediately respond to a request for comment on the allegations.

“I take this matter very seriously but I am confident that a professional and objective review of these matters will demonstrate that I handled my affairs legally and appropriately, including with the benefit of professional tax advisors,” he said.

Earlier in the hearing, Wray seemed to address indirectly the claims that during the 2020 election season the FBI helped downplay or suppress information about Hunter Biden’s business ties by categorizing that as Russian disinformation.

The FBI director suggested it wasn’t his agency’s job in such situations to try to validate or verify the claims, only to alert U.S. officials, businesses or individuals that foreign powers are trying to exploit the situation.

“Sometimes this gets lost in a lot of public commentary. We are not investigating whether or not information we see is truthful or false,” Wray said. “Our focus in the malign foreign influence space is whether or not there is a foreign adversary pushing the information.”