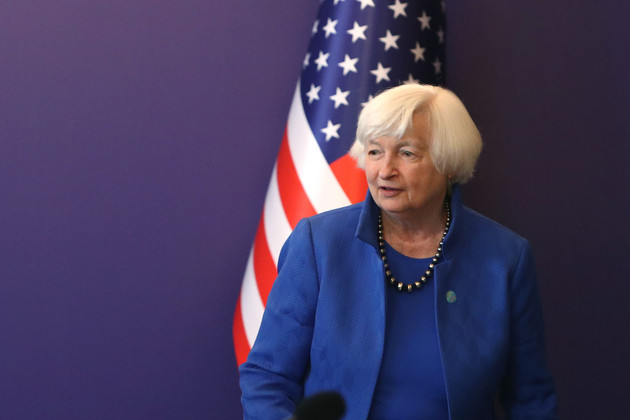 Treasury Secretary Janet Yellen told lawmakers in a letter that the period of time the extraordinary measures may last is "subject to considerable uncertainty." | Chung Sung-Jun/Getty Images

Treasury Secretary Janet Yellen said Thursday that the U.S. has begun using “extraordinary measures” to pay its bills after the government reached its $31.4 trillion borrowing limit.

Yellen told lawmakers in a letter that the period of time the extraordinary measures may last is “subject to considerable uncertainty” because of the challenges in forecasting the money moving in and out of the government in the future.

The move, which Yellen warned lawmakers about last Friday, marks a key next step in the political stalemate between House Republicans and the Biden administration over increasing the debt limit and avoiding a U.S. financial default. Conservatives want a deal that includes spending cuts, but the White House says meeting the country’s obligations should be non-negotiable.

“I respectfully urge Congress to act promptly to protect the full faith and credit of the United States,” Yellen wrote Thursday.

Treasury expects its remaining cash and extraordinary measures — in this case suspending investments in government retirement funds — will buy time through at least early June.

If the stalemate continues as expected, Washington and Wall Street in the coming months will try to game out the deadline for a deal — the so-called X date — when the U.S. will be unable to meet all its financial obligations.

The Bipartisan Policy Center, a think tank that issues X date projections, believes the deadline could hit roughly around the middle of the year.

“Recession concerns are already elevated, and the possibility of a major debt ceiling debacle adds another clear risk to the outlook,” Wells Fargo economist Mike Pugliese said in a report Thursday.