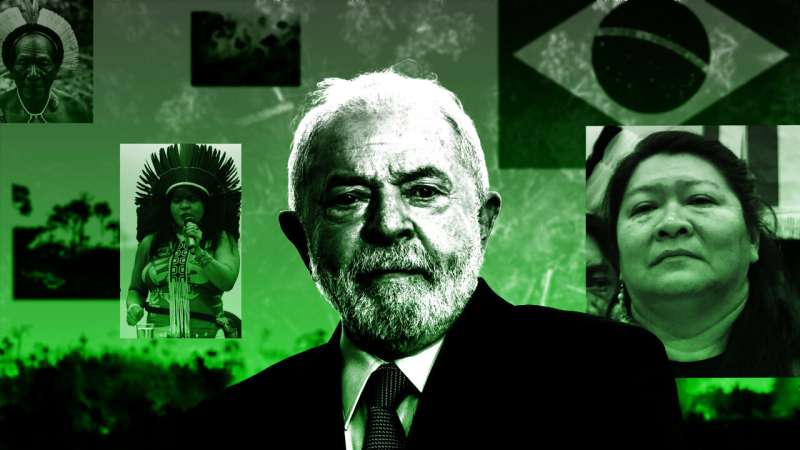 Shaking a traditional rattle, Brazil’s incoming head of Indigenous affairs recently walked through every corner of the agency’s headquarters—even its coffee room—as she invoked help from ancestors during a ritual cleansing.

The ritual carried extra meaning for Joenia Wapichana, Brazil’s first Indigenous woman to command the agency charged with protecting the Amazon rainforest and its people. Once she is sworn in next month under newly inaugurated President Luiz Inácio Lula da Silva, Wapichana promises to clean house at an agency that critics say has allowed the Amazon’s resources to be exploited at the expense of the environment.

As Wapichana performed the ritual, Indigenous people and government officials enthusiastically chanted “Yoohoo! Funai is ours!”—a reference to the agency she will lead.

Environmentalists, Indigenous people and voters sympathetic to their causes were important to Lula’s narrow victory over former President Jair Bolsonaro. Now Lula is seeking to fulfill campaign pledges he made to them on a wide range of issues, from expanding Indigenous territories to halting a surge in illegal deforestation.

To carry out these goals, Lula is appointing well-known environmentalists and Indigenous people to key positions at Funai and other agencies that Bolsonaro had filled with allies of agribusiness and military officers. 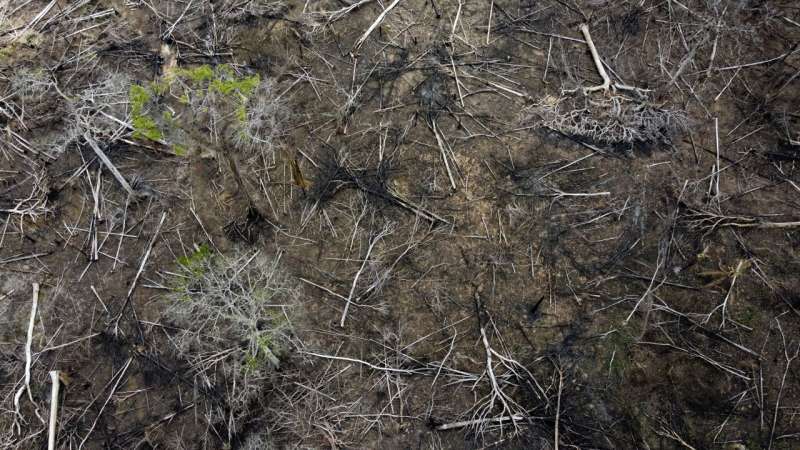 In Lula’s previous two terms as president, he had a mixed record on environmental and Indigenous issues. And he is certain to face obstacles from pro-Bolsonaro state governors who still control swaths of the Amazon. But experts say Lula is taking the right first steps.

The federal officials Lula has already named to key posts “have the national and international prestige to reverse all the environmental destruction that we have suffered over these four years of the Bolsonaro government,” said George Porto Ferreira, an analyst at Ibama, Brazil’s environmental law-enforcement agency.

Bolsonaro’s supporters, meanwhile, fear that Lula’s promise of stronger environmental protections will hurt the economy by reducing the amount of land open for development, and punish people for activities that had previously been allowed. Some supporters with ties to agribusiness have been accused of providing financial and logistical assistance to rioters who earlier this month stormed Brazil’s presidential palace, Congress and Supreme Court.

When Bolsonaro was president, he defanged Funai and other agencies responsible for environmental oversight. This enabled deforestation to soar to its highest level since 2006, as developers and miners who took land from Indigenous people faced few consequences. 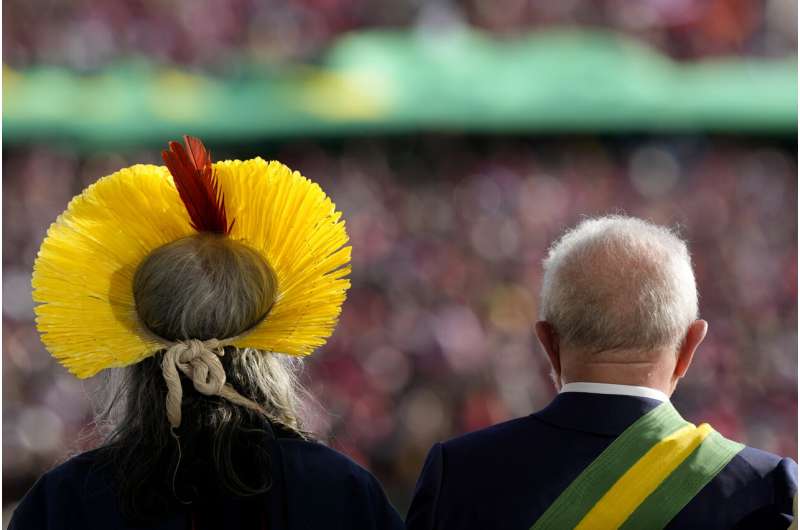 Luiz Inacio Lula da Silva stands next to Indigenous leader Cacique Raoni at the Planalto Palace after he was sworn in as new president in Brasilia, Brazil, Sunday, Jan. 1, 2023. Environmentalists, Indigenous people and voters sympathetic to their causes were important to Luiz Inácio da Silva’s election to a third term as Brazil’s president.Credit: AP Photo/Eraldo Peres, file

Between 2019 and 2022, the number of fines handed out for illegal activities in the Amazon declined by 38% compared with the previous four years, according an analysis of Brazilian government data by the Climate Observatory, a network of environmental nonprofit groups.

One of the strongest signs yet of Lula’s intentions to reverse these trends was his decision to return Marina Silva to lead the country’s environmental ministry. Silva formerly held the job between 2003 and 2008, a period when deforestation declined by 53%. A former rubber-tapper from Acre state, Silva resigned after clashing with government and agribusiness leaders over environmental policies she deemed to be too lenient.

Silva strikes a strong contrast with Bolsonaro’s first environment minister, Ricardo Salles, who had never set foot in the Amazon when he took office in 2019 and resigned two years later following allegations that he had facilitated the export of illegally felled timber.

Other measures Lula has taken in support of the Amazon and its people include: 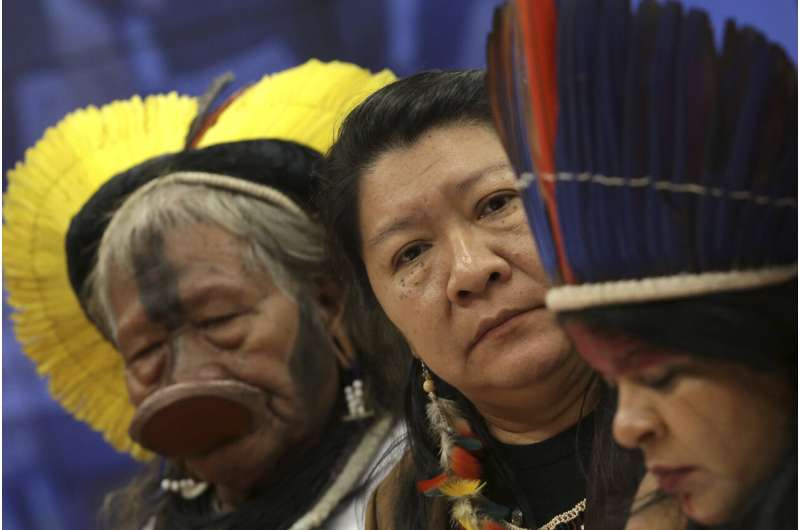 Kayapo leader Raoni Metuktire, from left, Joenia Wapichana, the first indigenous congresswoman to be elected to Brazil’s lower house, and indigenous leader Sonia Guajajara, attend a meeting with lawmakers to discuss land rights and the Chamber of Deputies’ role in the protection of the environment in Brasilia, Brazil, Thursday, April 25, 2019. Environmentalists, Indigenous people and voters sympathetic to their causes were important to Luiz Inácio da Silva’s election to a third term as Brazil’s president. Credit: AP Photo/Eraldo Peres, file

—Signing a decree that would rejuvenate the most significant international effort to preserve the rainforest—the Amazon Fund. The fund, which Bolsonaro had gutted, has received more than $1.2 billion, mostly from Norway, to help pay for sustainable development of the Amazon.

—Revoking a Bolsonaro decree that allowed mining in Indigenous and environmental protection areas.

—Creating a Ministry of Indigenous Peoples, which will oversee everything from land boundaries to education. This ministry will be led by Sônia Guajajara, the country’s first Indigenous woman in such a high government post.

“It won’t be easy to overcome 504 years in only four years. But we are willing to use this moment to promote a take-back of Brazil’s spiritual force,” Guajajara said during her induction ceremony, which was delayed by the damage pro-Bolsonaro rioters caused to the presidential palace. 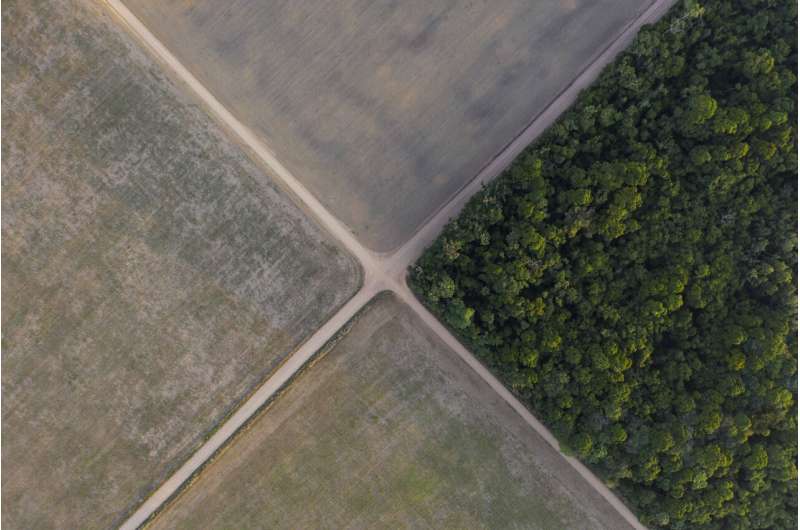 The Amazon rainforest, which covers an area twice the size of India, acts as a buffer against climate change by absorbing large amounts of carbon dioxide. But Bolsonaro viewed management of the Amazon as an internal affair, causing Brazil’s global reputation to take a hit. Lula is trying to undo that damage.

During the UN’s climate summit in Egypt in November, Lula pledged to end all deforestation by 2030 and announced his country’s intention to host the COP30 climate conference in 2025. Brazil had been scheduled to host the event in 2019, but Bolsonaro canceled it in 2018 right after he was elected.

While Lula has ambitious environmental goals, the fight to protect the Amazon faces complex hurdles. For example, getting cooperation from local officials won’t be easy.

Six out of nine Amazonian states are run by Bolsonaro allies. Those include Rondonia, where settlers of European descent control local power and have dismantled environmental legislation through the state assembly; and Acre, where a lack of economic opportunities is driving rubber-tappers who had long fought to preserve the rainforest to take up cattle grazing instead.

The Amazon has also been plagued for decades by illegal gold mining, which employs tens of thousands of people in Brazil and other countries, such as Peru and Venezuela. The illegal mining causes mercury contamination of rivers that Indigenous peoples rely upon for fishing and drinking.

“Its main cause is the state’s absence,” says Gustavo Geiser, a forensics expert with the Federal Police who has worked in the Amazon for over 15 years.

One area where Lula has more control is in designating Indigenous territories, which are the best preserved regions in the Amazon.

Lula is under pressure to create 13 new Indigenous territories—a process that had stalled under Bolsonaro, who kept his promise not to grant “one more inch” of land to Indigenous peoples. 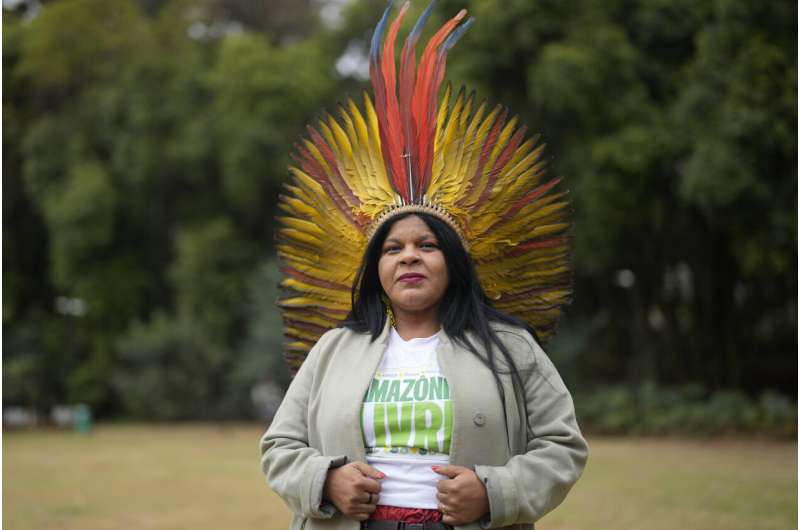 Indigenous leader Sonia Guajajara from the Guajajara ethnic group poses for a photo during a protest against Violence, illegal logging, mining and ranching, and to demand government protection for their reserves, one day before the celebration of "Amazon Day", in Sao Paulo, Brazil, Sunday, Sept. 4, 2022. Credit: AP Photo/Andre Penner, file

A major step will be to expand the size of Uneiuxi, part of one of the most remote and culturally diverse regions of the world that is home to 23 peoples. The process of expanding the boundaries of Uneiuxi started four decades ago, and the only remaining step is a presidential signature, which will increase its size by 37% to 551,000 hectares (2,100 square miles).

“Lula already indicated that he would not have any problem doing that,” said Kleber Karipuna, a close aide of Guajajara.

© 2023 The Associated Press. All rights reserved. This material may not be published, broadcast, rewritten or redistributed without permission.