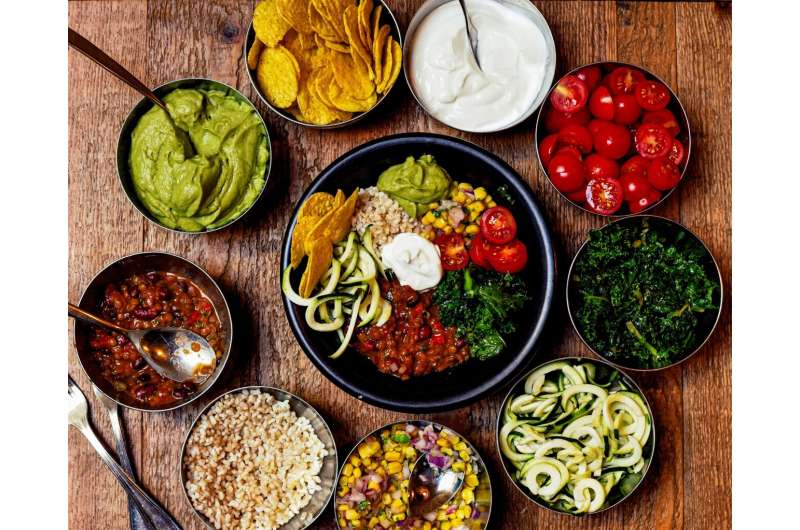 In 2011, the Catholic bishops of England and Wales called on congregations to return to foregoing meat on Fridays. Only around a quarter of Catholics changed their dietary habits—yet this has still saved over 55,000 tons of carbon a year, according to a new study led by the University of Cambridge.

Researchers say that in terms of CO2 emissions, this is equivalent to 82,000 fewer people taking a return trip from London to New York over the course of a year.

The current Catholic leader, Pope Francis, has called for “radical” responses to climate change. The researchers argue that if the Pope reinstated meatless Fridays across the global church, it could mitigate millions of tons of greenhouse gases annually.

For example, they say that if Catholic bishops in the United States alone issued an “obligation” to resist meat on the last day of the working week, environmental benefits would likely be twenty times larger than in the UK.

“The Catholic Church is very well placed to help mitigate climate change, with more than one billion followers around the world,” said lead author Professor Shaun Larcom from Cambridge’s Department of Land Economy. “Pope Francis has already highlighted the moral imperative for action on the climate emergency, and the important role of civil society in achieving sustainability through lifestyle change.

“Meat agriculture is one of the major drivers of greenhouse gas emissions. If the Pope was to reinstate the obligation for meatless Fridays to all Catholics globally, it could be a major source of low-cost emissions reductions,” Larcom said, “even if only a minority of Catholics choose to comply, as we find in our case study.”

Traditionally, the practice of refraining from meat one day a week saw many Catholics—and indeed large sections of the population in predominantly Christian countries—turn to fish on Fridays as a protein substitute.

The overall Catholic share of the British population has remained largely stable for decades at just under 10%, say economists behind the study, published today as a working paper awaiting peer review on the Social Science Research Network.

Larcom and colleagues combined new survey data with that from diet and social studies to quantify the effects of a statement issued by the Catholic Church for England and Wales re-establishing meat-free Fridays as a collective act of penance from September 2011 onwards after a 26-year hiatus.

Commissioned survey results suggest that 28% of Catholics in England and Wales adjusted their Friday diet following this announcement. Of this segment, 41% stated that they stopped eating meat on Friday, and 55% said they tried to eat less meat on that day. For those who said they just reduced consumption, the researchers assumed a halving of meat intake on a Friday.

The team then calculated the carbon footprint for this tiny fall in meat consumption by comparing emissions generated from average daily diets of meat eaters and non-meat eaters in England and Wales. The average high protein non-meat diet, including foods such as fish and cheese, contributes just a third of the greenhouse gas emissions per kilo compared to the average meat eater.

Assuming the Catholics who do adapt their diet would switch to high-protein, non-meat meals on Fridays, this would equate to approximately 875,000 fewer meat meals a week, which would save 1,070 tons of carbon—or 55,000 tons over a year, according to researchers.

In addition to their central calculation, the researchers used a natural experiment approach across the United Kingdom to compare meat consumption in Scotland and Northern Ireland, where Catholic bishops did not attempt to reintroduce meatless Fridays, with that in England and Wales from 2009 to 2019.

Using NDNS diet diary data, the team pinpointed mealtime changes on Fridays only, and found meat consumption fell by around eight grams per person in the “treatment jurisdiction” of England and Wales following the re-establishment of the Catholic obligation, compared to the rest of the UK.

There could be many reasons for this dietary shift—meat intake has fallen across the country over this time—but the team argues the reduction at least partly resulted from the return of meatless Fridays. As such, they say that the carbon footprint calculations using a two-gram per week drop are likely to be conservative.

Researchers also tested for “religious impacts” using longitudinal survey data that questioned UK Catholics on their religious lives. No discernible effect on either church attendance or strength of personal religious belief was detected over the period in which meat-free Fridays were reintroduced.

“Our results highlight how a change in diet among a group of people, even if they are a minority in society, can have very large consumption and sustainability implications,” said co-author Dr. Po-Wen She, a fellow of Cambridge’s Department of Land Economy.

Co-author Dr. Luca Panzone from Newcastle University added, “While our study looked at a change in practice among Catholics, many religions have dietary proscriptions that are likely to have large natural resource impacts. Other religious leaders could also drive changes in behavior to further encourage sustainability and mitigate climate change.”

For Christians, the practice of meat-free Fridays dates back to at least Pope Nicholas I’s declaration in the 9th century. Catholics were required to abstain from eating meat (“flesh, blood, or marrow”) on Fridays in memory of Christ’s death and crucifixion.

However, fish and vegetables, along with crabs, turtles, and even frogs were permitted. The researchers point out that the practice was observed so fervently among some American Catholics that it led to the invention of the Filet-o-Fish meal by the burger chain McDonald’s.