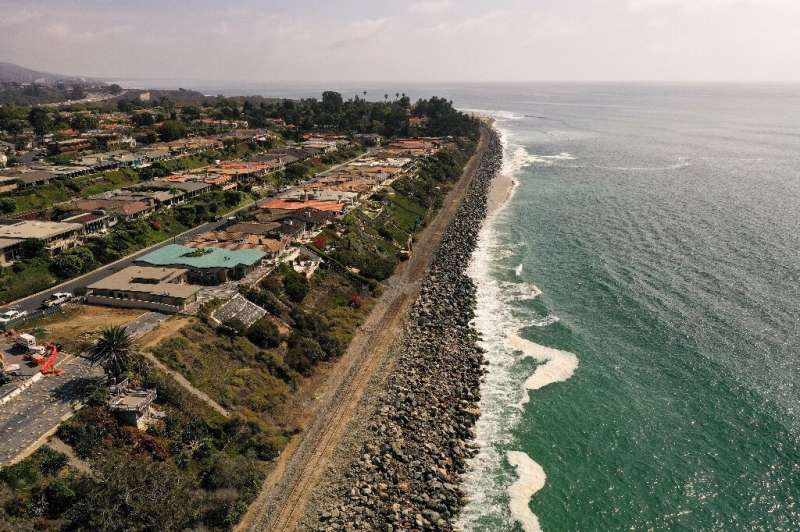 The sea is swallowing homes, tracks and California’s beautiful beaches.

Steve Lang can see catastrophic erosion worsened by climate change happening in real time along one of the world’s most scenic railroad lines, where the sea is swallowing homes, tracks and California’s beautiful beaches.

“Every day I come here and watch this, and it makes me want to cry,” the 68-year-old tells AFP on rail tracks he crosses to go surfing.

Powerful waves wash in from the Pacific over the rails where the “Pacific Surfliner” runs, ferrying sightseers through the stunning coastal landscapes of southern California.

Not long ago, the railway was cushioned by hundreds of feet (tens of meters) of golden sand. But violent southern swells have washed that sand away.

With the beach gone, there was nothing to protect the rails from the fury of Tropical Storm Kay as it lashed the coast in September, eating away at the land on which they stood.

The track, which carries 8.3 million passengers annually between San Diego and San Luis Obispo, is now closed for emergency work.

In the luxury Cyprus Shore settlement, an enclave of about a hundred plush villas that was once home to former president Richard Nixon, residents look on uneasily.

Without the beach to protect it, the hillside on which it is built is being eaten away and multi-million dollar homes are sliding towards the sea. 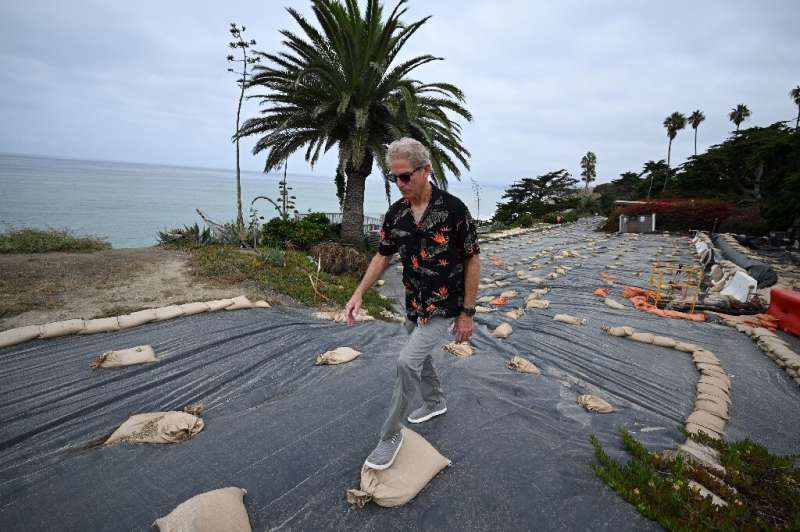 The hillside is being eaten away and multi-million dollar homes are sliding towards the sea.

The cliffside parking lot is collapsing and two villas with cracked walls are now officially uninhabitable.

“These homes were valued at minimum $10 million each,” says Lang.

“We’ve been trying to raise the alert for years, but we don’t get much traction.”

The tragedy of the encroaching waters is not limited to San Clemente, says acting mayor Chris Duncan, but a problem for the whole state.

“This area here in Cyprus Shore… is a microcosm,” he says.

Erosion is a natural phenomenon that has helped shape our continents over millennia.

But scientists say it is being speeded up by the warming of the planet; exacerbated by rising sea levels brought about by melting ice caps and glaciers, and by the more powerful waves that warmer oceans hold.

Humanity’s unchecked burning of fossil fuels since the industrial revolution has pushed average global temperatures up by 1.2 degrees celsius. They are expected to continue rising. 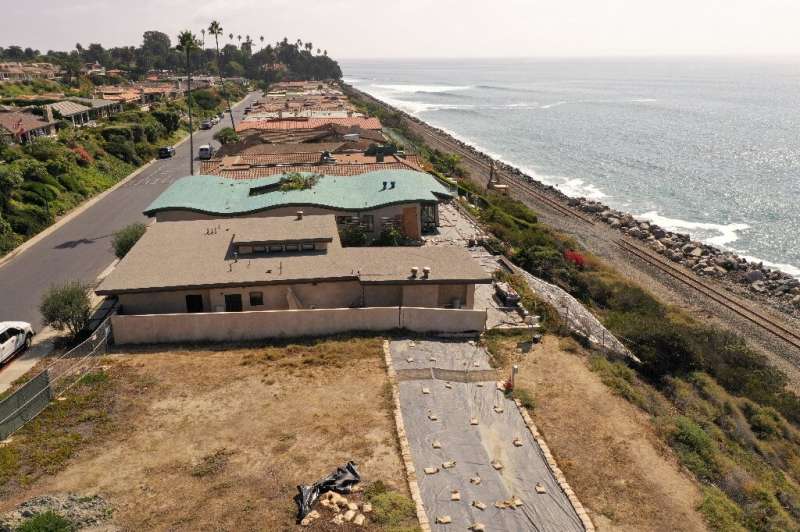 Scientists say erosion is being speeded up by the warming of the planet.

By 2050, between $8 billion and $10 billion of infrastructure could be underwater in California, and other construction valued at $6 billion to $10 billion will be in a high-tide hazard zone, according to a 2019 study released by California’s state legislature.

In San Clemente, local transport authorities are trying to stabilize the shifting tracks.

Every day, tons of rocks are dumped to reinforce the seawall and protect them, in a $12 million project expected to last more than six weeks.

“While the rock might temporarily stabilize the slope, it causes exponential sand loss,” he says.

“Because now when the waves hit, it doesn’t hit a soft beach. It hits a hard rock, bounces off, takes all other sand with it.” 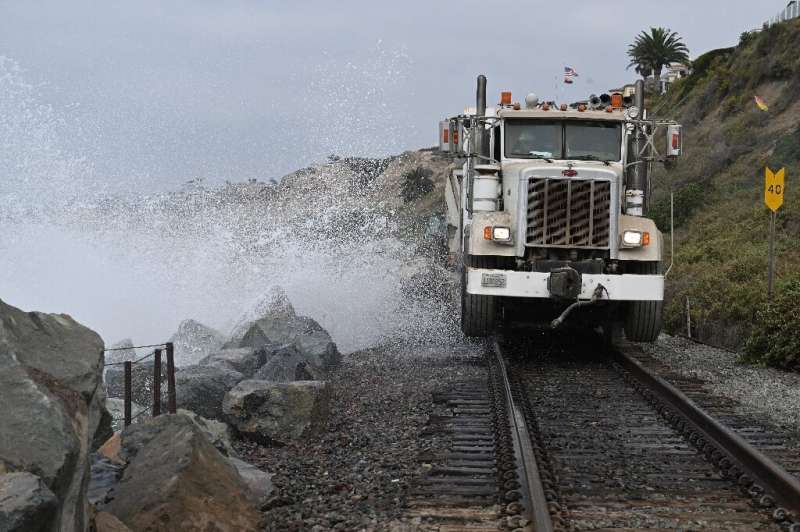 By 2050, between $8 billion and $10 billion of infrastructure could be underwater in California.

Duncan wants federal money to build back the beaches.

“I’m talking about breakwaters, about living shorelines, about possibly groins where it might be appropriate.”

Some advocate a more radical solution to save the railway line.

“The best would be to move (the track) back away from the coast,” says Joseph Street, a geologist at the California Coastal Commission.

“But of course that’s obviously a big, big effort to do that, very expensive.”

And, he points out, it does nothing to protect the homes that are at risk behind the track.

“A lot of our urban planners and decision makers have really dragged their feet on responding to this problem,” says Stefanie Sekich-Quinn, of Surfrider Foundation.

The environmental NGO advocates moving the line away from the coast, an option put forth in a 2009 federal report.

California has a handful of such initiatives. On the same rail line, authorities in nearby San Diego announced this year a $300 million project to relocate a portion of tracks further inland.

“People are going to want officials like me to work to save our homes, to save our rail corridor, and not just give up,” he says.