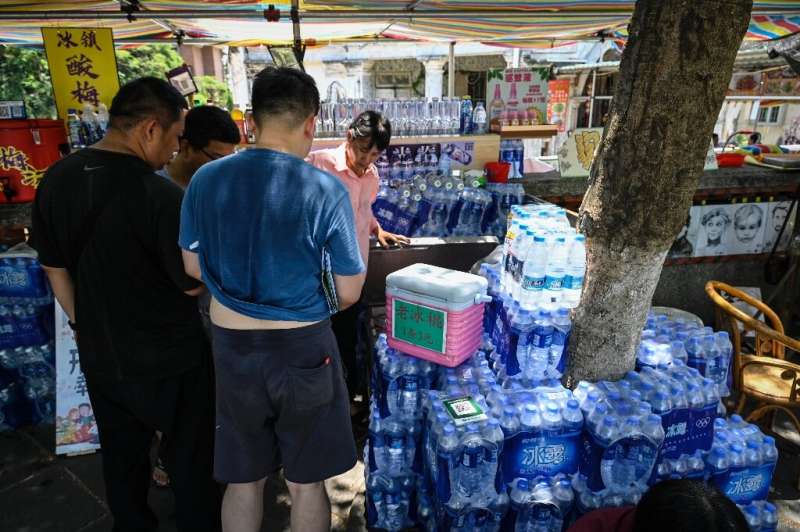 The eastern province of Fujian, and neighbouring Zhejiang, saw temperatures climb above 41 Celsius (106 F) at the weekend.

Cities across China were on red alert for heatwaves on Monday, as tens of millions of people were warned to stay indoors and record temperatures strained energy supply.

Swathes of the planet have been hit by extreme and deadly heatwaves in recent months, from Western Europe in July to India in March to April.

Scientists say the extreme weather has become more frequent due to climate change, and will likely grow more intense as global temperatures continue to rise.

China is no exception and is sweating through one of its hottest summers on record.

In the eastern provinces of Zhejiang and Fujian, the mercury rose above 41 degrees Celsius (106 degrees Fahrenheit) over the weekend, reaching all-time highs in two cities.

People in areas under red heat alerts—mostly concentrated in the southeast and northwest—are being ordered to “cease all outdoor activities” and “pay special attention to fire prevention,” the national meteorological service said in multiple notices over the weekend.

Saturday marked the “Great Heat” day on China’s traditional calendar, long recognized as the hottest period of the year, but this summer has been exceptionally warm.

A health worker preparing Covid tests sits next to a block of ice in an attempt to cool off as China bakes under record temperatures.

The scorching heat sent hundreds of people to the beach in Fujian’s Xiamen city on Sunday, while others hid from the sun under hats and face coverings.

China’s power grid is also feeling the strain from increased demand for air conditioning, with the country’s largest power plants generating at a record capacity in mid-July, according to energy industry publication Sxcoal.

Some local governments have resorted to turning off street lamps and raising peak period electricity tariffs for factories this month.