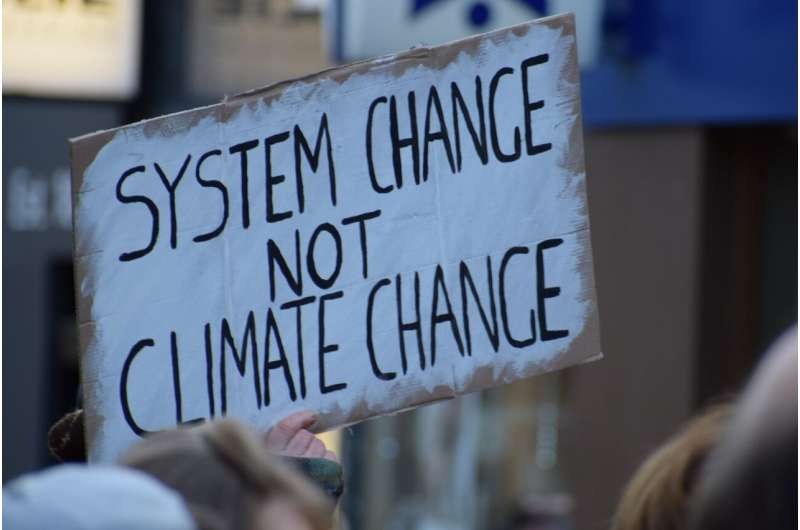 Elke Weber became a research psychologist with cross-training in business so that she could investigate how individuals approach financial risks. But a chance opportunity at her first faculty job, at the University of Illinois at Urbana-Champaign in the late 1980s, threw her together with agricultural economists trying to understand if or how local farmers thought about climate change.

The surveys they conducted led to an insight that set Weber on an unforeseen path.

Some farmers said they preferred a government policy to deal with change. Others said they’d alter their production techniques to accommodate new conditions, and a third group saw ways to adapt financially. None considered that climate change might call for sustained, multiple responses. In fact, identifying a risk-reduction technique they liked seemed to eclipse their awareness of other options.

Weber later called this effect the “single action bias.” Faced with any new threat, people are motivated to do whatever they can to make anxious feelings disappear—even if the response is just the first thing they thought of or not particularly effective. One of the implications of this bias is that scaring people about climate change can lead to one-time, inadequate responses. Approaches that emphasize positive changes and pride may lead to more productive results.

That insight relates to the central puzzle of Weber’s research: Why have many years of compelling climate threats failed to move societies to protect themselves? Another puzzle piece snapped into place last week.

Not only is it difficult for people to gauge what effective efforts they might make, but we practically have a gene for misconstruing what other people think. At the national scale, these illusions can obstruct policy development. Writing in the journal Nature Communications, Weber, now at Princeton University, and her colleagues Gregg Sparkman of Boston College and Nathan Geiger of the University of Indiana at Bloomington observe that nearly all Americans have created for themselves a “false social reality” in which their beliefs about what their compatriots think about climate change are dead wrong.

Surveys show that Americans believe about 40% of the public supports clean-energy policies. The actual figure is “a supermajority” of 66% to 80%, the authors write. The study is based on a sample of 6,119 people surveyed in the spring of 2021.

“The magnitude is large enough to fully invert the true reality of public opinion,” they write. “In other words, supporters of major climate policies outnumber opponents 2 to 1, but Americans falsely perceive nearly the opposite to be true.”

Between 80% and 90% of Americans underestimate general support for climate policies, such as a carbon tax, mandating 100% clean electricity, building renewables on public lands or a Green New Deal. No state population was wrong by less than 20% in their judgments about what other people think.

One problem is the rise of online echo chambers. People who watch or read conservative news also have “greater misperceptions” about the scale of popular support, the authors write. And, as a general matter, when it comes to fast-moving public policy issues, perception of public opinion can lag actual opinion by years or even decades.

Part of the solution may be as simple as talking to each other more. Conservatives tend to underestimate the popularity of positions they disagree with whereas many liberals assume far fewer people share their opinions than actually do, the authors note.

“When you go to a dinner party, you don’t bring that up, especially if you don’t know people very well,” Weber says. “At work you don’t want to bring that up because people might stereotype you in a certain way. So you never hear what others are actually talking about.”

People often rely on rules-of-thumb, called “heuristics,” to make complicated estimates simpler, said Sparkman, who is the paper’s lead author. Media perpetuate unproductive heuristics by assuming there is a popular partisan divide on climate policy. “Here, they might rely on a rule of thumb like ‘some liberals and no conservatives in the U.S. care about climate change,'” he said. “So we might have to provide people with a better rule of thumb, in this case that ‘all liberals, about half of conservatives, and most independents care about climate change.'”

Psychologists in recent years have found some evidence that just providing factual information about public behavioral norms or beliefs can lead to change. Studies have looked at how much people think their peers drink alcohol, use seat belts and practice safe sex. A 2016 review of this phenomenon found that the willingness of bystanders to “intervene, whether in risky dating situations, ones involving homophobic taunts, or ones involving sexist actions, depends on their perceptions of their peers’ support for such actions, support that they systematically underestimate.”

The Nature Communications analysis is particularly relevant coming so soon after the narrow passage of the most ambitious climate law in U.S. history. A strictly Democratic affair, the Inflation Reduction Act nonetheless might have more fans on the metaphorical other side of the aisle than congressional vote counts represent.

That’s one thing for the climate-aware to consider, as is the observation that set Elke Weber’s research on a new course more than three decades ago. Populations are susceptible to the “single-action bias” just as individuals are, and that could lead to the assumption that U.S. climate policy is complete now that the IRA is law.