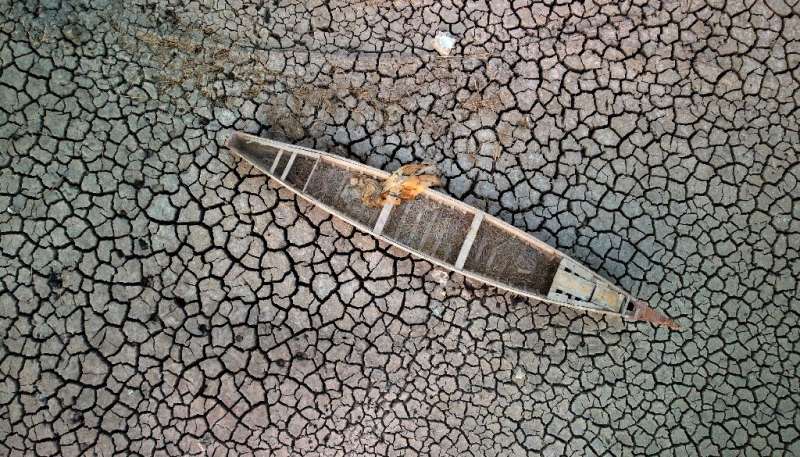 In the past year alone the world has been battered by increasingly intense heatwaves and crop-withering droughts.

The world’s current climate pledges are far off track to limit temperature rises to 1.5 degrees Celsius and will steer a world already wracked by increasing floods, heatwaves and storms towards “catastrophic” warming, the UN said Wednesday.

In a report released just over a week before high-stakes climate negotiations, the United Nation’s climate change organisation, said combined commitments from nearly 200 nations put Earth on track to warm around 2.5C compared to pre-industrial levels by the century’s end.

With the planet already battered by weather extremes after 1.2C of warming, experts say the world is failing to act with sufficient urgency to curb greenhouse gas emissions.

“We are still nowhere near the scale and pace of emission reductions required to put us on track toward a 1.5 degrees Celsius world,” said UN Climate Change chief Simon Stiell.

“To keep this goal alive, national governments need to strengthen their climate action plans now and implement them in the next eight years.”

The UN’s climate experts have said emissions—compared to 2010 levels—need to fall 45 percent by 2030 in order to meet the 2015 Paris climate deal’s more ambitious 1.5C goal.

Current commitments from governments around the world will in fact increase emissions from the 2010 benchmark by 10.6 percent by 2030, the UN said. This was a slight improvement from a similar analysis a year ago.

UN chief Antonio Guterres stressed that the goal of limiting warming to 1.5C was still within reach, but warned that the current trajectory of countries’ climate commitments was “catastrophic”.

“We must absolutely start reducing emissions now,” he said in an interview with the BBC.

But only 24 countries had updated their plans at the time of the report, which Stiell said was “disappointing”.

“Government decisions and actions must reflect the level of urgency, the gravity of the threats we are facing, and the shortness of the time we have remaining to avoid the devastating consequences of runaway climate change,” he said.

He called on governments to revisit and strengthen their carbon-cutting plans in line with the Paris temperature goals before the UN climate meeting, which will be held from November 6 to 18 in Sharm el-Sheikh, Egypt. 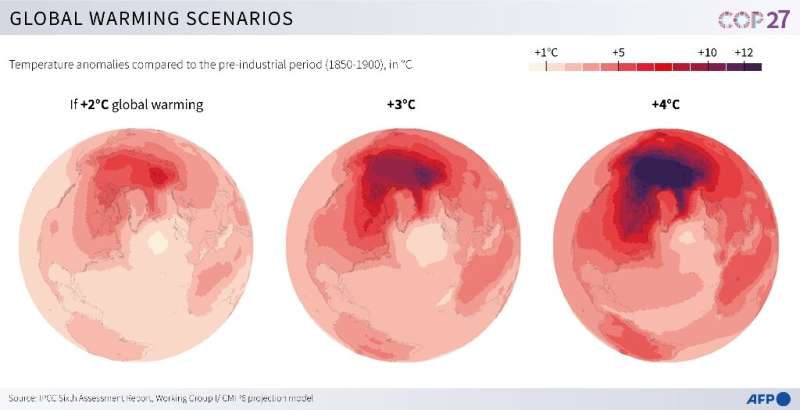 Nations are meeting in the shadow of Russia’s invasion of Ukraine and cascading global crises of hunger, energy prices and living costs, exacerbated by extreme weather.

Research by the World Resources Institute suggests that the world needs to curb emissions six times faster by 2030 than current trends to meet the 1.5C warming cap.

Australia and Indonesia have offered “some momentum” by stepping up their climate pledges since the last UN climate negotiations, said WRI’s Taryn Fransen, adding that further announcements from a range of countries including the European Union, Turkey and Vietnam are expected this year.

She said the world’s second biggest emitter, the United States, took a “massive step” this year with measures in its new sweeping climate and inflation bill and urged China, the biggest emitter, to set a specific goal to cut planet-warming methane pollution.

It found that those countries’ greenhouse gas emissions would be 68 percent lower by 2050 than they were in 2019, if all strategies were fully implemented.

“This is a sobering moment, and we are in a race against time,” said Sameh Shoukry, Egyptian Minister of Foreign Affairs and President-Designate of the upcoming UN COP27 talks.

It raised particular concerns about an “exceptional” surge in powerful methane, which is released from fossil-fuel, waste and agriculture sectors as well as through natural processes.

The WMO said it was “not clear” what caused the biggest year-on-year jump in concentrations since systematic measurements began nearly 40 years ago, but said it appeared to be from both human and biological sources.

Scientists have warned that any rise above 1.5C risks the collapse of ecosystems and the triggering of irreversible shifts in the climate system.

With the impacts slamming hardest into countries least responsible for fossil fuel emissions, calls have grown louder for richer polluters to pay “loss and damage” to vulnerable nations.

In a landmark report this year on climate impacts and vulnerabilities, the UN’s 195-nation Intergovernmental Panel on Climate Change (IPCC) warned that time had nearly run out to ensure a “liveable future” for all.

That report was signed off by the same governments that will return to negotiations in Egypt.