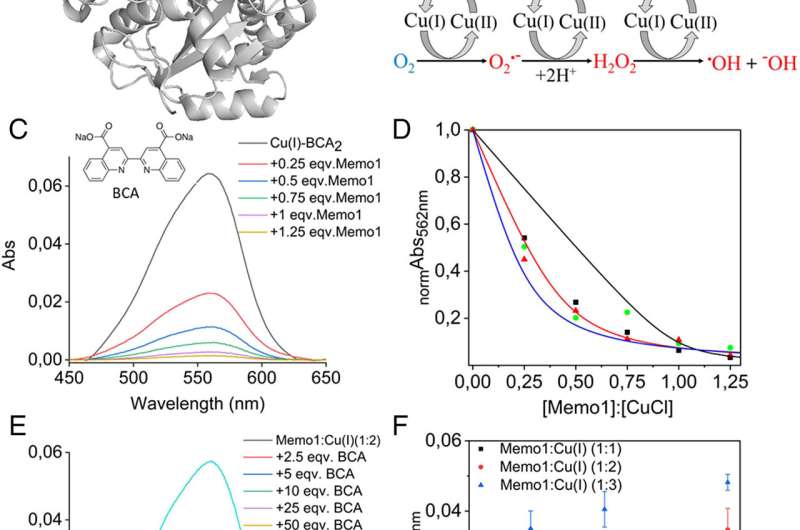 For cancer cells to grow and spread around the human body, they need proteins that bind copper ions. New research about how cancer-related proteins bind the metal and how they interact with other proteins, opens up potential new drug targets in the fight against cancer.

Human cells need small amounts of the metal copper to be able to carry out vital biological processes. Studies have shown that the level of copper in tumor cells and blood serum from cancer patients is elevated, and the conclusion is that cancer cells need more copper than healthy cells. Higher levels of copper also mean more active copper-binding proteins.

“Therefore, these proteins are highly important to study when it comes to understanding the development of cancer and deeper knowledge about them can lead to new targets for treatment of the disease,” says Pernilla Wittung-Stafshede, professor of chemical biology at Chalmers University of Technology, Sweden.

Most cancer-related deaths are due to the fact that metastases—secondary tumors—form in several places in the body, for example, in the liver or lungs. A protein called Memo1 is part of the signaling systems that cancer cells use to grow and spread around the body. Previous research has shown that when the gene for Memo1 is inactivated in breast cancer cells, their ability to form metastases decreases. 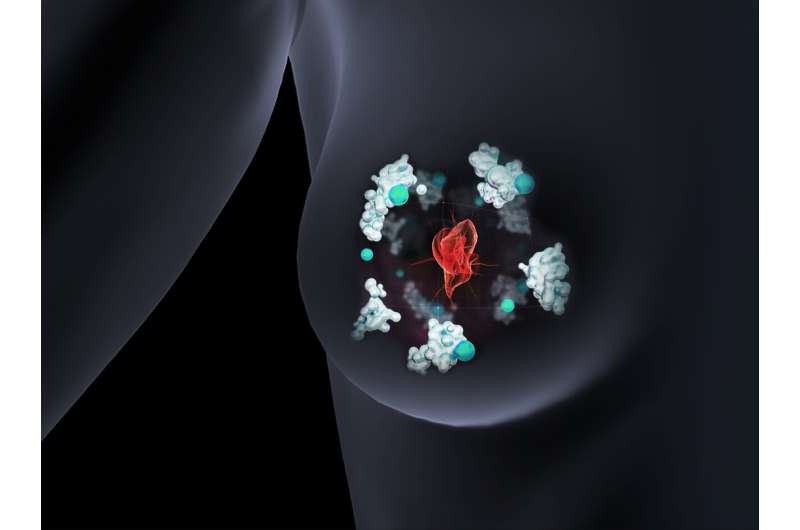 A research group from Chalmers wanted to take a closer look at the connection between Memo1 and copper. In a new study published in the scientific journal PNAS, the researchers examined the Memo1 protein’s ability to bind copper ions through a series of test tube experiments.

They discovered that the protein binds copper, but only the reduced form of copper. It is this form of copper ions that is most common in living cells. It’s an important discovery because reduced copper, while it is needed in the body, also contributes to redox-reactions that damage—or even kill—the cells. The researchers found that when Memo1 interacted with copper, the metal’s toxic redox reactions were blocked.

“This poses a risk for the tumor to be dependent on a lot of copper because it can provoke chemical reactions that are harmful to the cancer cells. We believe that Memo1, by binding copper when needed, protects the cancer cells so that they can continue to live and spread,” says Pernilla Wittung-Stafshede, who is one of the study’s lead authors.

The researchers also saw that Memo1 can form a complex with another copper-binding protein found in our cells—Atox1. It is a copper transporter inside human cells and the research team has previously shown that Atox1, with the help of copper, contributes to breast cancer cells being able to move and form metastases. Overall, the findings in the new study mean that copper and copper-binding proteins could be targets for future cancer treatment.

“We saw how copper ions could transfer between the proteins Memo1 and Atox1 in test tubes, and when we looked in breast cancer cells, we found that the two proteins were close to each other in space. Based on this, we conclude that the exchange of copper between these proteins can take place in cancer cells as well as in test tubes and thus be of biological relevance,” says Pernilla Wittung-Stafshede.

The researchers now want to move forward with determining the copper ion binding sites in Memo1, and how the presence of copper affects Memo1’s activities in cancer development.

“When we expand our basic knowledge of the role of copper-binding proteins in cancer cells, we also open the door to new treatments,” says Pernilla Wittung-Stafshede.