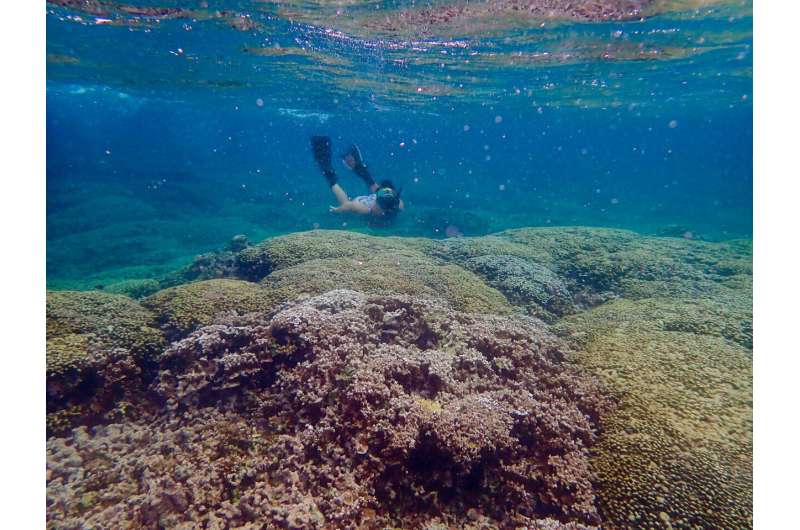 Corals live symbiotically with a variety of microscopic algae that provide most of the energy corals require, and some algae can make coral more resilient to heat stress. In assessing one of the main reef builders in Hawai’i, Montipora capitata (rice coral), researchers from the University of Hawai’i at Mānoa found that the symbiont community in those corals varied significantly in different parts of Kaneohe Bay.

In the study, published recently in Royal Society Open Science, researchers tagged and collected 600 rice coral colonies across Kāne’ohe Bay, off the windward side of O’ahu, Hawai’i. They identified the algal symbionts in the colonies, and collected environmental data such as temperature and sedimentation in each part of the bay.

While scientists have known that corals host a diversity of symbionts, it has been unclear if the algae species change from one area to another, and what would drive those changes.

Cladocopium and Durusdinium are the two genera of algae most commonly hosted by corals in the Pacific Ocean. Cladocopium is found broadly, while Durusdinium is usually found in shallow corals exposed to elevated light or sea surface temperature, or in areas with high temperature variability; and is associated with increased resilience to thermal stress.

“Coral in the extreme north and extreme south of Kāne’ohe Bay hosted less of the stress resilient symbiont,” said Mariana Rocha de Souza, lead author of the study who was a graduate student at UH Mānoa’s Hawai’i Institute of Marine Biology at the time of the study. “This makes sense, as these areas experience less light, less warming and less temperature variation. However, we were surprised to see that the symbiont really responded to these fine environmental differences in parts of the bay—something that had not been found in other studies.” 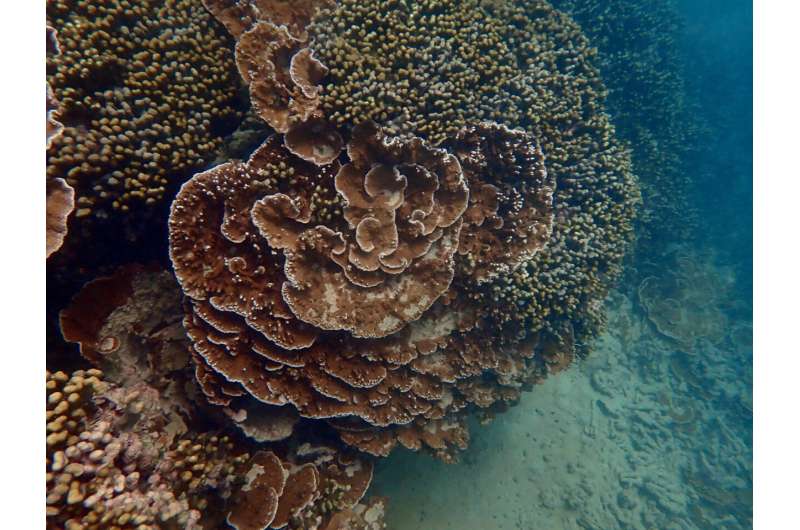 Thermal stress is the main threat affecting corals worldwide. Sea temperatures in many tropical regions have increased by almost one degree Celsius over the past 100 years and are continuing to warm.

“Our fine-scale sampling of coral colonies across a relatively small spatial gradient (~10 km) within Kāne’ohe Bay showed that algal symbiont community structure can respond to the conditions under which the coral is living,” said Rocha de Souza. “This sets the stage for understanding the role of environmental conditions in shaping how algal communities are distributed in space and time.”

Healthy coral reefs are some of the most biologically diverse and economically valuable ecosystems on Earth. However, corals in Hawai’i and worldwide have been affected by climate change, which leads to coral bleaching and potential coral death.

“Understanding the symbionts present in corals in Hawai’i and what is driving the symbiont community composition can help us predict how these corals will respond to future heat stress,” said Rocha de Souza.

During the 2019 bleaching event in Kāne’ohe Bay, the research team resampled these corals and they are now analyzing the data. Their next step is to investigate how the corals with different symbionts from distinct parts of the bay responded to the bleaching event.

Trump startup investors: Give us a better deal or we’ll walk