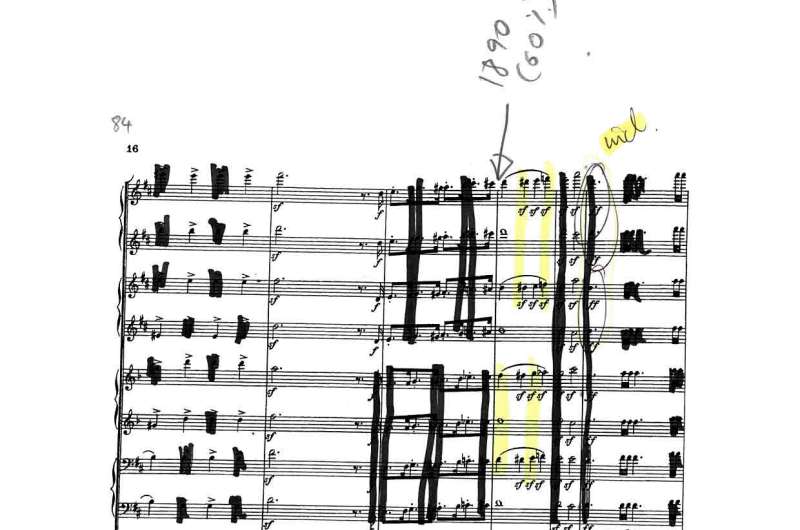 A Cambridge team frustrated by the apathetic response to biodiversity loss has developed a dramatic new way to highlight the demise of nature—and people are listening.

Driven by the observation that human activities are silencing nature, Dr. Matthew Agarwala is using sound to convey the enormity of biodiversity loss—and help draw attention to what must be done to help species recover.

His collaboration with composer Dr. Ewan Campbell is capturing the attention of new audiences by linking a piece of classical music: Mendelssohn’s ‘Hebrides Overture’, with the loss of an iconic species: the North Atlantic Humpback Whale.

Crucially, the roughly 30,000 notes in the original music score approximate to the number of Humpback Whales there were in the sea in 1829, when the piece was written. But then extensive commercial whaling began to cause a dramatic decline in the whale population—and by 1920, two thirds of all Humpback Whales were gone.

Campbell divided Mendelssohn’s score into decades, then scrubbed out notes in proportion to the decline of the whale population as the music—and time—progresses. The resulting piece, ‘Hebrides Redacted’, has proved to be a dramatically simple way for audiences to grasp the enormity of biodiversity loss over time.

A short film about the music, and its impact on live audiences, will be released online on Friday 14th October, 2022 as part of the Cambridge Zero Climate Change Festival.

First, the full score is played by the Hebrides Orchestra. Then, after 1 min 51, the same piece is played by only 1 in every 16 notes remains – this represents the precipitous decline in the whale population since 1829. Credit: Ewan Campbell

The music was performed by the 38-piece Wilderness Orchestra at this year’s August Wilderness Festival in Oxfordshire, conducted by Campbell and narrated by Agarwala. The audience response was overwhelmingly positive—and the piece received a standing ovation.

“It really was an uninitiated audience at the Wilderness Festival—people were there for a good time, not to be told that the world is falling apart through the medium of music from the 19th century. But somehow it worked,” says Campbell, Director of Music at Churchill College and Murray Edwards College, Cambridge.

“Over the past century we have seen nearly a million species pushed to the brink of extinction—nature is going quiet,” said Agarwala, an Economist at the University of Cambridge’s Bennett Institute for Public Policy.

He added: “Researchers—including me—have been sounding the alarm about the consequences of biodiversity loss for a long time, but the message isn’t landing. Music is visceral and emotional, and grabs people’s attention in ways that scientific papers just can’t.”

Hebrides Redacted doesn’t just fizzle out at the end. The duo also want to draw attention to the policies that would be needed to help Humpback Whale populations recover—so the last part of the piece looks into the future, allowing an optimistic 8% rise in whale population every decade.

“We can see when the oceans are better managed, whale populations can start to rebound,” says Agarwala. 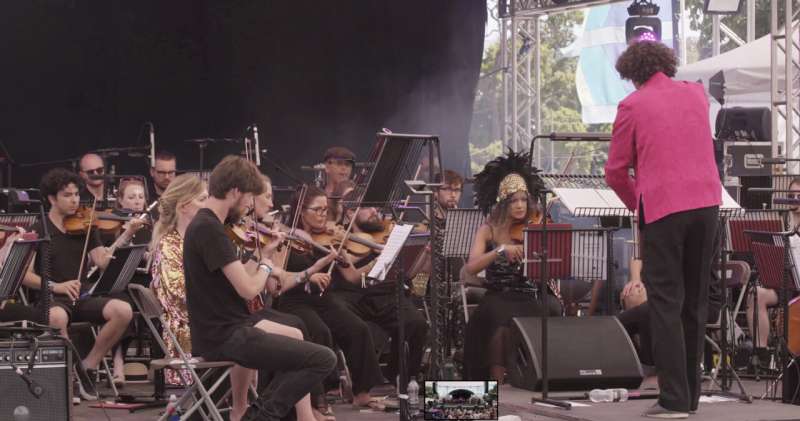 He says that if the ocean food chain is protected through enforced marine protected areas, maritime freight re-routed to reduce the number of whales struck by ships, and ocean pollution minimized, the Humpback Whale population could fully recover. And so their music does the same.

“At its nadir, the score is thin and fragmented, with isolated notes reaching for a tune that is only partially present. But even in the face of devastating destruction, nature is resilient and always beautiful, and so even when two-thirds of the music is absent there’s still a delicate beauty, though a pale imitation of its once dramatic glory,” said Campbell.

He added: “Redaction is a word normally associated with censorship, and silencing history. I find it really apt for this piece of music—we’re showing how human activities have silenced nature.”

Agarwala and Campbell are excited by the power to engage public audiences when arts and sciences work together in this way. They have ideas for many more music projects, which they also hope will encourage policy-makers to take action to protect the natural world.

The Cambridge Zero Climate Change Festival 2022 includes a focus on ensuring the conversation around climate change is accessible to the general public. It runs from Friday 14th to Sunday 16th October.

Inspired by his 1829 trip to a sea cave—Fingal’s Cave—in Scotland’s Inner Hebrides, Mendelssohn’s original music captures the beauty, power, and vitality of the sea just before the introduction of mechanized industrial fishing.

Brian Kemp fought Trump’s election lie. His likely No. 2 was a fake elector.

Flies smell the motion of odors and use it to navigate, study finds