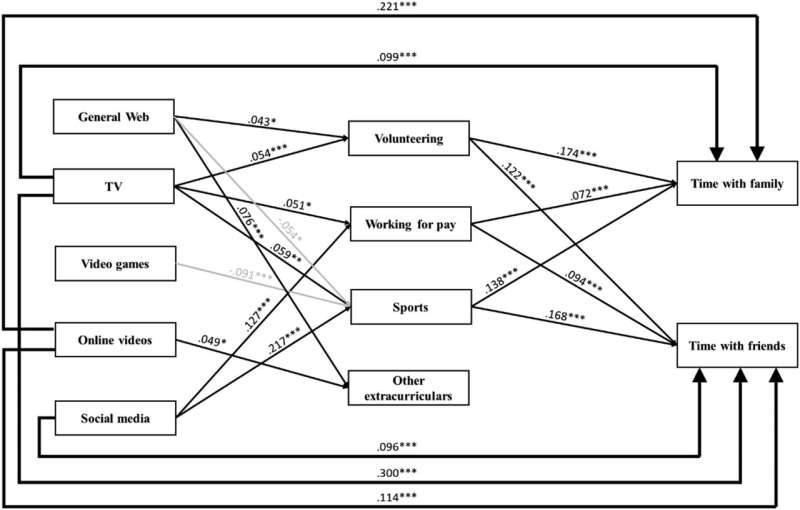 While many parents and caregivers believe teens spend too much time on smartphones, video games and social media, a Michigan State University researcher says not to worry about screen time.

Keith Hampton, a professor in the Department of Media and Information and director of academic research in the Quello Center, says he doesn’t worry about screen time—he worries about adolescents who are disconnected because they have limited access to the internet.

“Teens who are disconnected from today’s technologies are more isolated from their peers, which can lead to problems,” Hampton said.

“Many young people are struggling with their mental health. While adolescents often grapple with self-esteem issues related to body image, peers, family and school, disconnection is a much greater threat than screen time. Social media and video games are deeply integrated into youth culture, and they do more than entertain. They help kids to socialize, they contribute to identity formation and provide a channel for social support.”

Hampton and his colleagues study disconnection. For most teens, internet access is a part of their everyday life. These teens only experience disconnection when they choose to limit their device use or when their parents step in to control the time they spend online.

However, a large pocket of teens, living primarily in rural America, is disconnected for a very different reason. They live in households where there is an extremely weak infrastructure for broadband connectivity. These teens often have no internet access outside of school, very slow access at home or spotty data coverage using a smartphone.

“Rural teens are the last remaining natural control group if we want insight into the mental health of adolescents who have no choice but to be disconnected from screens,” Hampton said.

In a paper based on a survey of 3,258 rural adolescents, Hampton and his team compared the self-esteem and social activities of teens with no or poor home internet access to teens who are the heaviest users of screens as well as teens with parents who tightly control or limit their screen use. Here is what they found.

The single largest predictor of having lower self-esteem was, simply, being a girl. This was unsurprising, as the heavy toll of adolescence on young girls has been well established. The second largest determinant of self-esteem, for girls and boys, was poor grades in school.

The amount of time teens spent on screens, whether it was watching videos, playing games, or using social media, did not play a big role in teens’ self-esteem. Even teens who were “excessive” users of screens reported higher self-esteem than those who were disconnected because they had poor internet access or their parents exerted a lot of control over their time online.

Why? Because media is deeply integrated into youth culture.

“Isolation doesn’t come from being online, it comes from being disconnected from those sources of entertainment and socialization that permeate teens’ lives,” Hampton said. “For most teens, that’s social media, video games and sharing the videos they watch online. It is often how teens get their information, communicate and share.”

“Perpetuating the myth that teens who spend more time on their devices spend less time with friends and family and that ‘excessive’ time online is harming most teens’ mental health, does more harm than good,” Hampton said.

“When parents exert too much control over the time their teens spend on screens, they cut kids off from peers and the social support that protects mental health. While this survey was done prior to the COVID-19 pandemic, this work points to the terrible toll experienced by rural adolescents who were disconnected during the pandemic and the urgent need to address gaps in rural broadband infrastructure.”

Hampton said this does not imply that social media platforms are benign. There are real risks to mental health from online bullying and algorithms that focus teens on content that can be harmful. And some teens are more susceptible to harm than others.

Yet, this research shows that when parents have conversations with their teens about the risks of media use, focus on helping teens develop critical media skills and give adolescents greater autonomy over their media use, teens report higher self-esteem.

“I advise parents to not focus on how long your teens spend on screens, but to take an interest in what your teens are doing online and spend time together,” Hampton said.

The research was published in Social Science Computer Review.