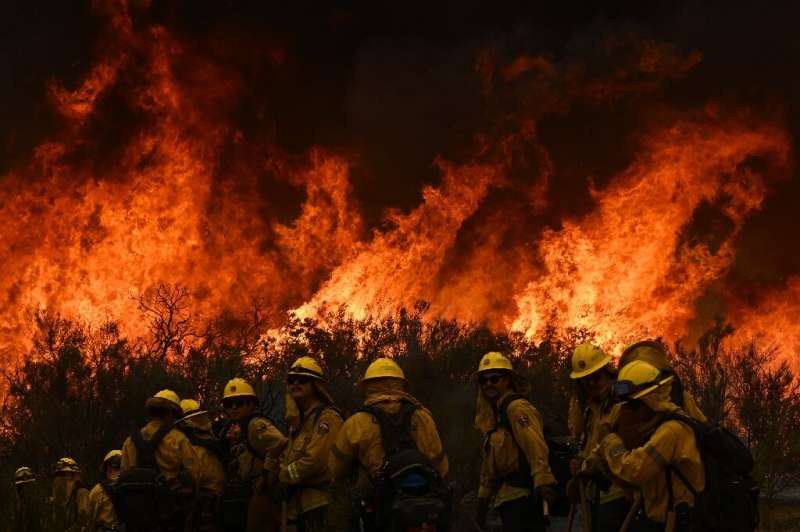 A tropical storm barreling up from Mexico will bring strong winds that could fan the Fairview fire.

Firefighters battling a growing blaze outside Los Angeles were bracing Friday for mudslides and flooding as a storm barrels into burn areas.

The remnants of a hurricane that hit Mexico were bringing strong winds that are likely to fan the Fairview fire, prompting wider evacuation orders.

The 27,000-acre (10,000-hectare) fire, which erupted on Monday at the midpoint of a ferocious heat wave, is continuing to spread, buffeted by “extreme downslope winds” from nearby mountains, fire officials said.

“I have not seen a fire burn like this in Riverside County in my career,” said Cal Fire division chief John Crater.

An already widespread evacuation zone was expanded to cover more than 20,000 people as emergency managers tried to out-flank the fire and get ahead of the winds.

“Winds will increase from the east… Ember cast will dramatically increase as the strong 40+ mph (65+ kph) winds enter the area,” Cal Fire warned.

“Long range spotting over a mile will be possible with Probability of Ignition at 85 percent.”

“Ember cast” and “spotting” refer to burning materials jumping from the main fire and settling elsewhere, igniting and spreading the blaze.

Sheriff’s deputies were going door to door to urge residents to get out of harm’s way.

At least two people have already died in the blaze, apparently trapped by fast-moving flames as they tried to flee.

Further north, the Mosquito fire was raging out of control outside Sacramento, and had already torched 30,000 acres.

Firefighters said they did not have control of any of the perimeter of the blaze, which they believe has already damaged or destroyed a number of buildings.

“The fire is burning in extremely difficult terrain including steep canyons where directly attacking the fire can be difficult,” Cal Fire said in an operational update. 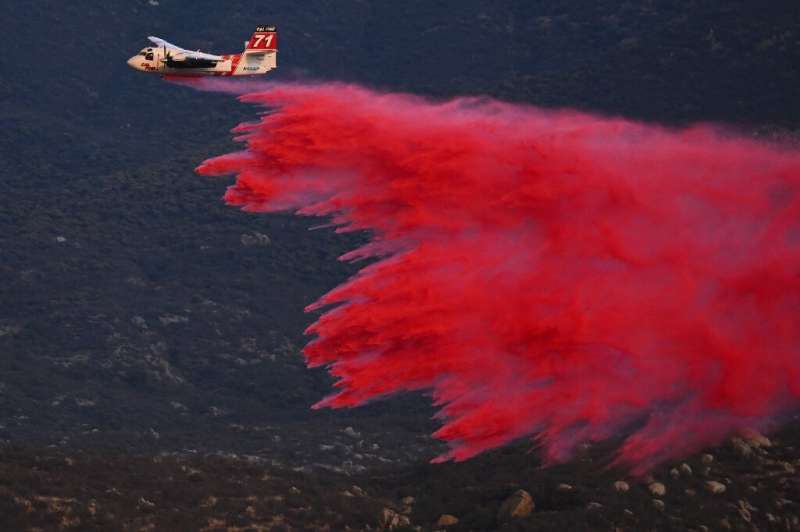 Meanwhile, Tropical Storm Kay, which made landfall in Mexico as a hurricane on Thursday was rolling north, and expected to bring heavy rain to parts of California and Arizona.

Forecasters at the National Weather Service said up to seven inches (18 centimeters) of rain could fall in the area around the Fairview fire, creating the risk of flash flooding and mudflows in areas where burned-out soil cannot absorb the sudden downpour.

“We have challenging days ahead.”

The storm, which by Friday afternoon was lashing southern California with gusts over 100 miles per hour, looked set gradually to bring an end to the punishing heat wave that has enveloped a large chunk of the western United States for more than a week.

But temperatures—some of which have exceeded 110 Fahrenheit (43 Celsius) in places for multiple days—remained high in central and northern California.

“Overnight lows will continue to rival records this weekend as the increased cloud cover traps warm air at the surface,” the National Weather Service said.

“Approximately 29 million Americans are currently under an Excessive Heat Warning.”

The warm and dry air was also increasing the chances of fires over the greater West, a risk that was being further elevated by winds that are whipped up as pressure systems move around.

The western United States is more than two decades into a historic drought that scientists say is being worsened by human-made climate change.

Much of the countryside is parched and overgrown, creating the conditions for hot, fast and destructive wildfires.

Climatologists predict that as the Earth continues to warm because of the unceasing burning of fossil fuels, these conditions will further worsen.

Study uncovers existing limitations in the detection of entanglement

How to make post-secondary study more accessible? Collaboration between instructors and disability counselors