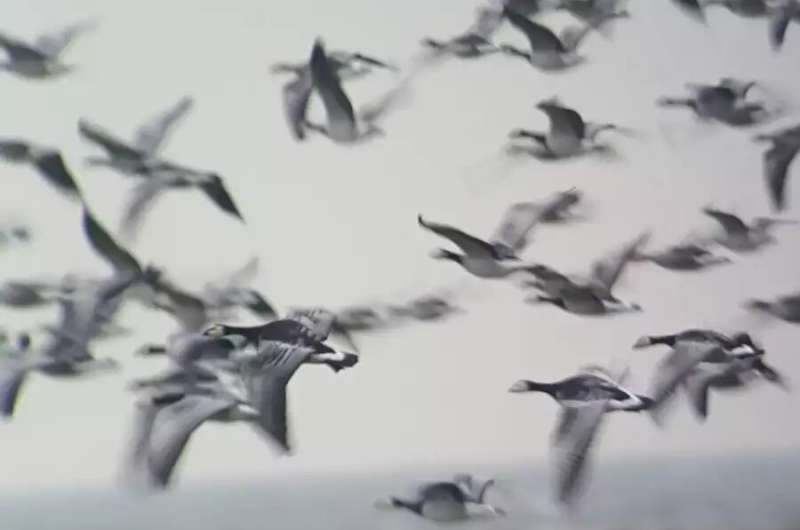 Movement data from 347 geese showed that on New Year’s Eve, birds suddenly leave their sleeping sites and fly to new areas further away from human settlements. The disturbed birds rested two hours less and flew further, sometimes up to 500 kilometers non-stop, than they did on nights without fireworks. The unusual behaviors didn’t end with the celebrations. For all studied days after the New Year, geese spent more time foraging and never returned to their original sleeping sites.

Every year, fireworks are set off around the world to welcome the new year. This nighttime spectacle of light, color, and sound is enjoyable for humans, but less so for animals. As anyone with a pet knows, the combination of loud bangs, bright lights, and smoke can provoke fear and disorientation in animals.

In western European countries, the New Year’s Eve disturbance is exacerbated by the availability of recreational fireworks, which the public are allowed to purchase and set off for a certain number of hours before and after midnight. These greatly increase the scale of the disturbance, going beyond a few centralized public displays to include explosions scattered far and wide.

During the last decade, studies in Europe have begun to uncover the negative impacts of fireworks on wild birds. A study from 2011 used weather radar to show that thousands of birds in the Netherlands erupted into the air at midnight on New Year’s Eve when fireworks began. But research has yet to create a clear picture of if fireworks change important behaviors, such as eating and sleeping, and whether or not birds are able to bounce back after the immediate disturbance. 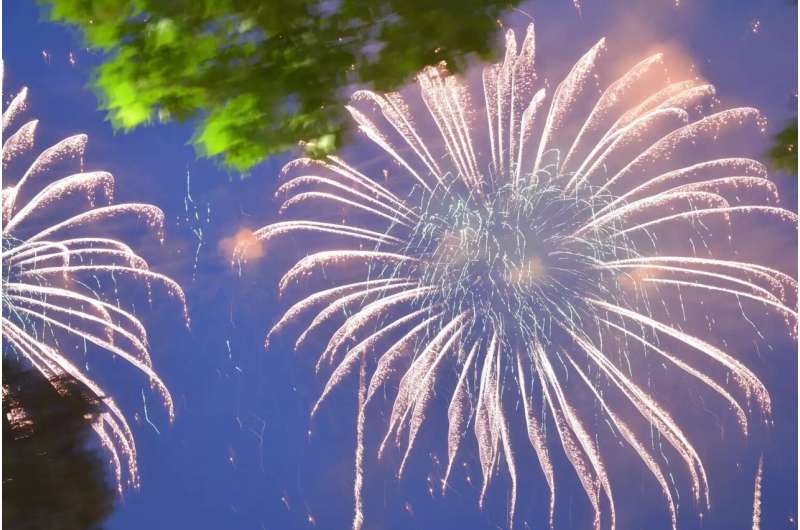 How do fireworks change the behavior of wild birds? Credit: Helmut Kruckenberg

Using GPS trackers, a team of scientists has quantified, for the first time, the effects of widespread New Year’s fireworks on the behavior of individual birds. GPS tracks were collected for 347 individuals in the twelve days before and twelve days after New Year’s Eve for eight consecutive years, with each individual tracked for on average two years.

The four species studied were greater white-fronted, barnacle, pink-footed, bean geese. Are all Arctic migratory species, which spend their winters resting and feeding in Northern Germany, Denmark and the Netherlands. But the study’s findings reveal significant changes to the wintering behavior of all species in response to fireworks.

Normally, geese returned to the same water body for several nights, resting on the surface and moving very little, thus saving essential energy. But during the night of New Year’s Eve, when fireworks were being lit, geese left their sleeping sites more often, flew on average 5 to 16 kilometers further and 40 to 150 meters higher than on previous nights.

“It is shocking to see just how much further birds are flying on nights with fireworks compared to other nights,” says Andrea Kölzsch, a research scientist at the Max Planck Institute of Animal Behavior and first author on the study. “Some individuals flew hundreds of kilometers over a single night, covering distances that they normally would only fly during migration.” 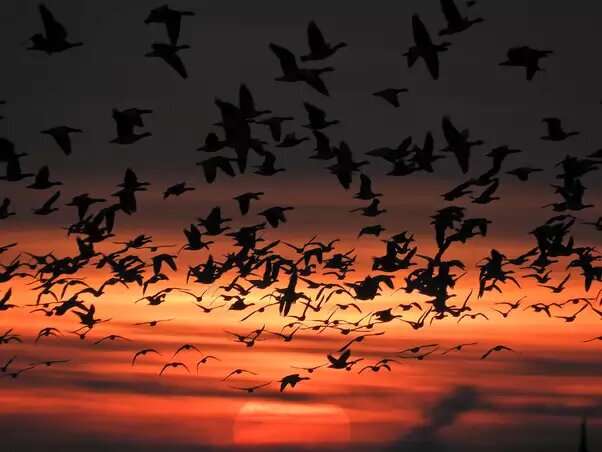 In parallel, the team measured particulate matter in the air near sleeping sites, finding that it increased by up to 650 percent on New Year’s Eve in all sites studied. “We find that birds are leaving their sleeping sites and choosing places further from people and with lower particulate matter, which strongly suggests that they are trying to escape from the fireworks,” says Kölzsch.

Beyond the immediate response to fireworks, birds also foraged ten percent more and moved less in the 12 days after New Year’s Eve. “The birds are likely compensating for the extra energy they expended during the night of the fireworks,” says Bart Nolet, senior researcher at the Netherlands Institute of Ecology and final author on the study.

In the final year of the study, the team were offered a unique opportunity to control for the effect of fireworks. The pandemic lockdown of 2020/2021 led to a widespread firework ban and greatly reduced levels of disturbance. Despite this, the effects of increased flight activity, distance, and altitude were still present on New Year’s Eve in two of the four goose species.

“This suggests that even small amounts of fireworks will change the behaviors of geese in ways that might reduce their chances of survival, at least in severe winters,” says Nolet. “In order to provide a safe space for the birds, recreational fireworks should be banned from areas near national parks, bird sanctuaries, and other important bird resting places.”

Could new cancer drugs come from potatoes and tomatoes?