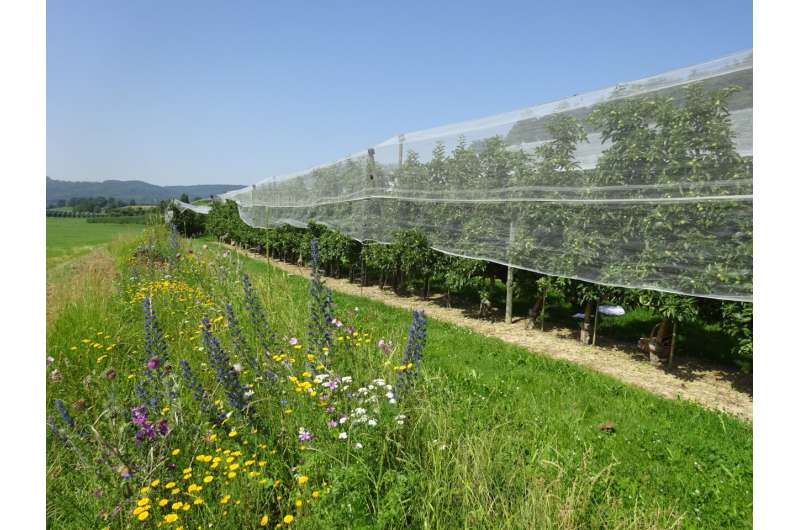 Researchers at the University of Freiburg have found that hedges and perennial flower strips are complementary in supporting wild bees in orchards by providing continuous resources over the growing season. The results are published in the British Ecological Society’s Journal of Applied Ecology.

Research examining wild bee populations in intensively farmed orchards, which rely on pollination, has found that the flowering times of hedgerows and perennial flower strips complement each other to boost wild bee diversity and abundance.

Wild bee species were found to visit flowering hedges early in the season from March to June, whereas they visited perennial flower strips later in the season from June to August in the first year of planting, and from April onwards in subsequent years.

Based on the findings, the researchers recommend that farmers plant a network of perennial flower strips in combination with flower-rich hedges to support wild bees.

Dr. Vivien von Königslöw, lead author of the study, said: “For enhancing wild bees in intensive agricultural landscapes one should provide a network of perennial flower strips and some well-maintained hedges to create a continuous flower offer over the entire growing season.”

The researchers also say that perennial flower mixtures, containing species such as viper’s bugloss and mallow, should be favoured over annual mixtures. 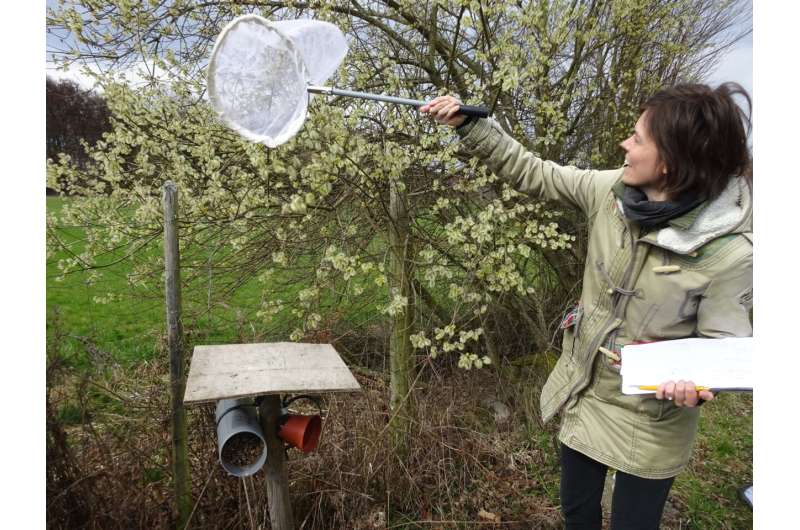 Although hedges and flower strips were found to complement each other, the researchers deemed flower strips to benefit wild bees the most as they were in bloom for periods when other flowers were scarce. Hedges, on the other hand, predominantly overlapped with apple trees and orchard ground vegetation flowering in spring.

In intensive agriculture landscapes, wild bees are rare because of a low availability of flowers as nectar and pollen sources. This is an issue for farmers as crop systems like apples are dependent on pollination.

To sustain wild bee populations, bee-attractive flowers need to be available during the entire growing season, but in mass-flowering crop monocultures like fruit-trees, flowers are usually only in bloom for a short time.

In the study, which ran from 2018 to 2020, the researchers compared flower resources and wild bee populations across 18 apple orchards in the Lake Constance region of Germany, a major apple growing region. Orchards varied in features, containing combinations perennial flower strips, hedges or improved hedges which were complemented with a sown herb layer.