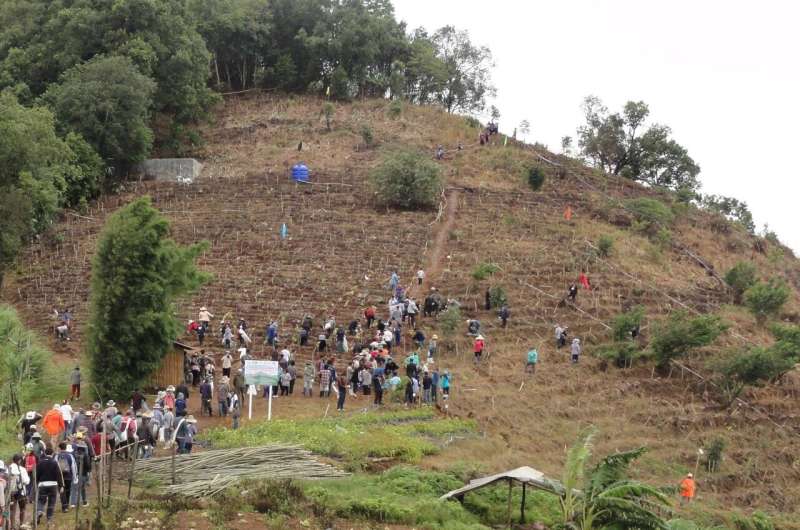 On average, about half of trees planted in tropical and sub-tropical forest restoration efforts do not survive more than five years, but there is enormous variation in outcomes, new research has found.

The study analyzed tree survival and growth data from 176 restoration sites in tropical and sub-tropical Asia, where natural forests have suffered degradation. The team found that, on average, 18% of planted saplings died within the first year, rising to 44% after five years. However, survival rates varied greatly amongst sites and species, with some sites seeing over 80% of trees still alive after five years, whereas at others, a similar percentage had died.

The findings are published today in the Philosophical Transactions of the Royal Society B: Biological Sciences.

Forest restoration is a powerful tool to tackle biodiversity loss and climate change, by locking away carbon and supporting important habitats. Reforestation projects are also used widely for carbon offsetting. While the main measurement used for many projects is the number of trees initially planted, the research shows that many of these trees are not surviving long-term. In some sites, survival rates were high, showing that with the right approach restoration has the potential to be successful.

About 15% of the world’s tropical forests are found in Southeast Asia and they are amongst the most carbon-dense and species-rich in the world, providing habitat for tigers, primates and elephants. However, in recent decades the region has also seen major deforestation, with forest cover reducing by an estimated 32 million hectares between 1990 and 2010.

The region has therefore become an important focus for forest restoration projects. The research—by an international team of scientists from 29 universities and research centers—is the first to bring together data to evaluate the long-term outcomes of restoration projects. 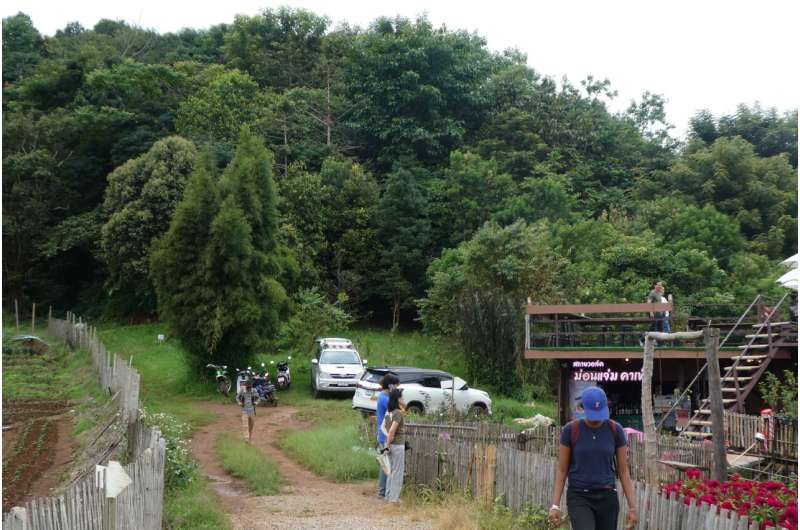 Dr. Lindsay Banin, co-lead author based at the UK Center for Ecology & Hydrology, said: “The large variability in survival we found across sites could be for a number of reasons, including planting densities, the choice of species, the site conditions, extreme weather events or differences in management and maintenance. Local socio-economic factors may also be important. What’s clear is that success is very site-dependent—we need to understand what works and why and share that information, so we can bring all sites up to the level of the most successful and harness the full potential for restoration. There’s likely no one-size-fits-all approach and restoration action should be tailored to local conditions. This will help ensure the scarce resources and land available to restoration are used to best effect.”

The team found that, when an area had been fully deforested, reforestation efforts were less successful than in areas where some trees remained. Saplings planted in areas with existing mature trees had roughly 20% higher chance of survival. In more disturbed areas, more intensive measures for protection and maintenance may be needed. 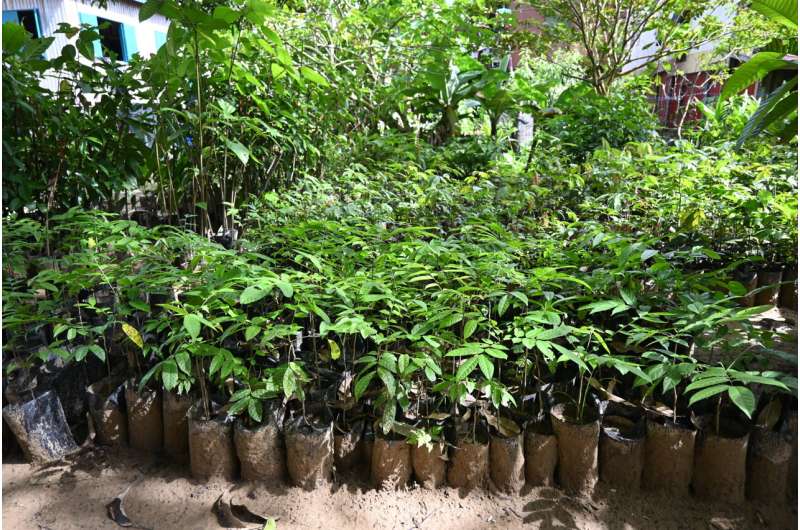 Seedlings of various species and ages growing in a nursery, soon to be planted in degraded forest adjacent to the Kinabatangan River, Sabah, Malaysian Borneo. Credit: Lindsay F Banin

The study also found some evidence that active restoration provides faster results than simply letting nature take its course. Sites which included tree planting activities gained forest cover more quickly than sites which were left to regenerate naturally. But many more studies tracked the fate of planted trees rather than structural properties of the whole community. The research team believes that collating both types of data in the same study areas will help to determine acceptable levels of mortality that will still deliver a return of forest cover. More experiments are needed to help hone the most appropriate and cost-effective methods of restoration across sites under different conditions.

Prof David Burslem, co-author based at the University of Aberdeen in the UK, said: “The sites where active restoration is most needed—those that have already been clearedof trees—are also those where restoration is most risky and prone to higher numbers of trees dying. We need to understand better how to improve the survival chances of saplings on these sites, to ensure restoration has positive outcomes. But the study also provides a warning, to protect our remaining forests as much as possible, both because restoration outcomes are uncertain and to provide the diverse seed sources needed for restoration activities.” 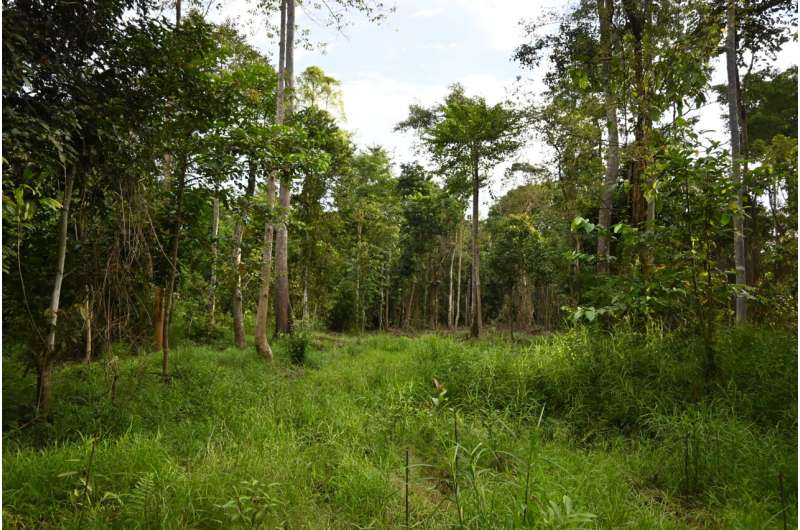 Prof Robin Chazdon, a co-author based at the University of the Sunshine Coast, Queensland, Australia, said: “Replanting is only going to be an answer to excess carbon dioxide in the atmosphere if we can guarantee that carbon is being successfully drawn out of the atmosphere and locked away—and be able to quantify the amounts and timescales involved. This is why assessing restoration outcomes over the long-term, and gathering information that helps to maximize success rates, are so important. We need the focus to shift away from simply planting trees toward growing them and helping our forests thrive.”

After Bitcoin’s Worst Week in 5 Months, Here’s What Crypto Analysts Are Saying