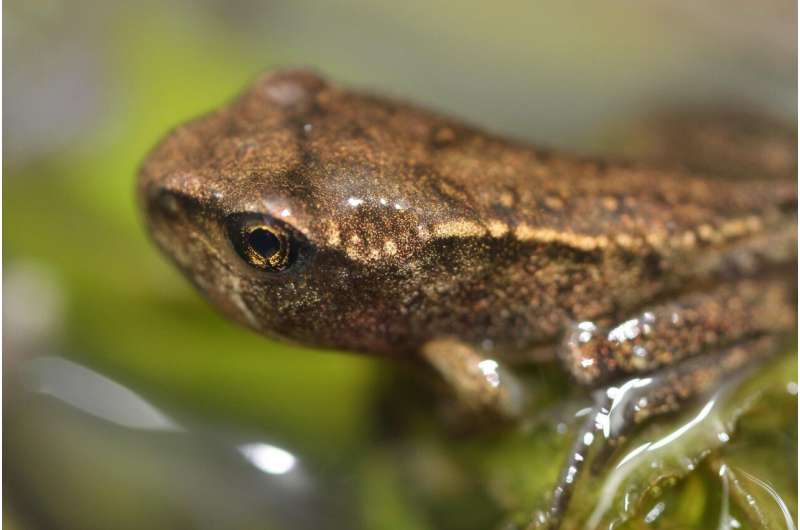 Now, a world-first study from the University of South Australia shows that while Bd can significantly reduce in captive frogs, captivity can have negative consequences for the frogs’ protective skin microbiota, providing new insight into diversity management.

Examining the culture-dependent skin microbiota of the Common Eastern froglet, the study analyzed the how captivity and water salinity affects the Bd infection.

It found that the infection significantly reduced in this population of 24 captive frogs, and while water salinity was not the cause of the decline, a natural skin shedding process could help frogs use reduce Bd loads.

Globally, the Bd infection has caused a decline in 501 amphibian species with 90 of these species now presumed extinct, and another 124 declined by over 90 percent. The infection is currently in 56 countries across six continents.

The Bd infection has been linked to frog decline since the late 1990s, with Bd considered the cause of an unusual spate of frog deaths in Australia, just one year ago.

“The world is currently undergoing a sixth mass extinction, where a high percentage of distinct species—particularly amphibians—are dying out,” Besedin says.

“Yet what most people don’t immediately consider is that every species is interconnected. When one becomes extinct, a range of other species is also affected, creating a domino effect that can have devastating impacts on the environment.

“The drastic decline of amphibians in the last several decades from the lethal Bd infection is a clear sign that there is an ecological imbalance, so monitoring effected species is vital.

“This study provides important clues for managing endangered frog species, most importantly that the Bd infection can be eradicated among captive populations. At this point, we assume that this has to do with the frogs shedding their skin, but it could equally be due to many other factors.

“Our results also show that captivity caused a significant reduction in skin bacteria diversity and richness, likely through the loss of a microbial reservoir, high stress, reduced immunity, and sloughing. So future research must be mindful of this effect.

“Frogs released into the wild after captivity programs will likely have reduced resilience to pathogens. More research is needed to promote a healthy microbiome, possibly even with the help of probiotics.”