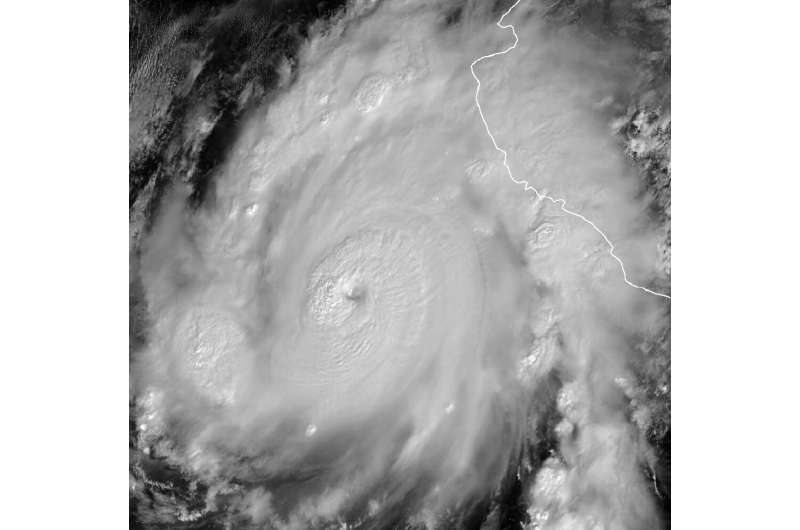 Hurricane Roslyn is now a Category 4 storm as it approaches Mexico’s Pacific coast.

Communities along the west coast of Mexico prepared Saturday for Hurricane Roslyn, a major Category 4 storm, as the US National Hurricane Center warned of potentially damaging winds, dangerous storm surge and flash flooding.

The storm was about 90 miles (145 kilometers) southwest of Cabo Corrientes, with maximum sustained winds of 130 miles per hour, and was moving north at about 10 miles per hour, the NHC said in its 1200 GMT update.

It is forecast to slam into the coast of Nayarit state on Sunday morning at or near major hurricane strength, the NHC said.

“Although some weakening could occur tonight, Roslyn is expected to be at or near major hurricane strength when it makes landfall on Sunday,” the NHC said.

“On the forecast track, the center of Roslyn will approach the coast of west-central Mexico, likely making landfall along the coast of the Mexican state of Nayarit Sunday morning.”

Both the NHC and the Meteorological Service of Mexico warned of flash flooding and landslides caused by the storm.

“A dangerous storm surge is expected to produce significant coastal flooding near and to the east of where the center makes landfall,” the NHC said.

Authorities have declared a precautionary alert in the Pacific coast states of Jalisco, Colima, Nayarit and Sinaloa.

Victor Hugo Roldan, director of civil protection in Jalisco state, told reporters that several hundred people had been evacuated from the town of La Huerta, close to the hurricane’s expected path.

Most went to relatives’ homes, while some went to shelters, he said.

Jalisco, which is slated to get up to 10 inches (25 centimeters) of rain in some spots, has set up shelters in the cities of Cabo Corrientes, La Huerta and the tourist resort of Puerto Vallarta.

Businesses in the resort town began to close Saturday afternoon on officials’ recommendations.

Residents rushed to make last-minute preparations, though by late Saturday afternoon some tourists were still lounging on the beach or unsuccessfully searching for open bars and restaurants.

For 59-year-old shopping mall manager Graciano Pena, the memory of 2002’s Hurricane Kenna, which made landfall as a damaging Category 4 and left four dead, is still fresh.

“After that experience, we heed every warning and make preparations ahead of time,” he said.

Forecasts suggest Roslyn could make landfall near San Blas, a town of about 40,000 with several fishing communities.

Tropical cyclones hit Mexico every year on both its Pacific and Atlantic coasts, usually between May and November.

At the end of May, Agatha, the first Pacific storm of the season, hit the coast of the state of Oaxaca (south), where heavy rain in mountainous towns killed 11 people.