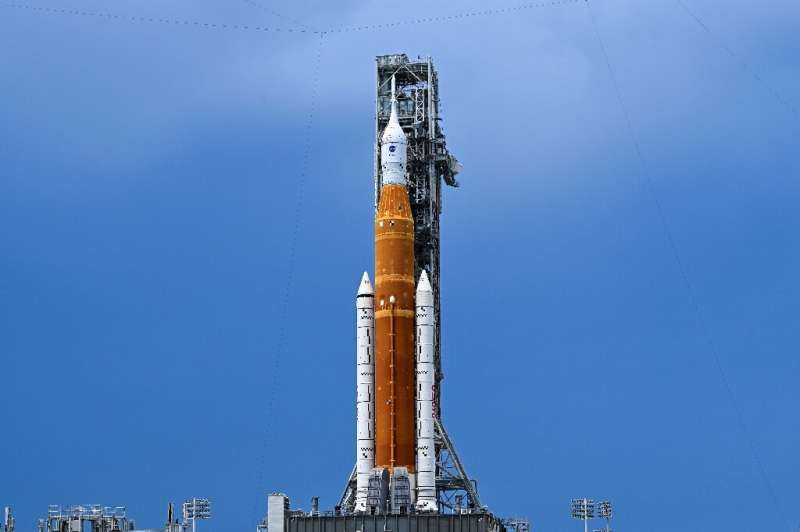 NASA’s SLS rocket and the Orion capsule on top of it was due to lift off from the Kennedy Space Center in Florida on a mission to the Moon.

After scrapping a second attempt to get its new 30-story lunar rocket off the ground due to a fuel leak, NASA officials said Saturday it may not be possible to try again this month.

The current launch window for NASA’s Artemis 1 mission to the Moon ends Tuesday and is “definitely off the table,” said Jim Free, associate administrator for Exploration Systems Development, at a press conference Saturday.

The next possible launch window is September 19 to October 4, and failing that, October 17 to 31, NASA said.

The ability to take off during those windows “will really depend on the options that the team comes back with likely on Monday or early Tuesday morning,” said Free.

Millions around the globe tuned in to live coverage and crowds gathered on beaches in Florida on Saturday hoping to witness the historic blastoff of the Space Launch System (SLS).

But a leak near the base of the rocket was found as ultra-cold liquid hydrogen was being pumped in, forcing a halt.

The Artemis 1 space mission hopes to test the SLS as well as the unmanned Orion capsule that sits atop, in preparation for future Moon-bound journeys with humans aboard.

The first launch attempt on Monday had also been halted after engineers detected a fuel leak and a sensor showed that one of the rocket’s four main engines was too hot. 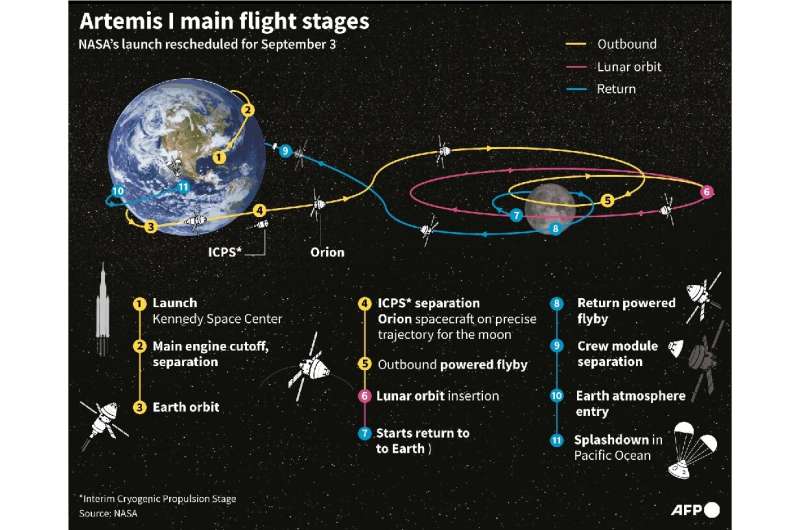 “This is a whole new vehicle, a whole new technology, a whole new purpose of going back to the moon and preparation to go to Mars,” said NASA administrator Bill Nelson. “Yes, it’s hard.”

Artemis mission manager Mike Sarafin described the hydrogen leak as “large,” and said one of their “leading suspects” was a seal on a fueling tube.

Engineering teams believe they will have to replace the seal, either directly on the launch pad or after taking the rocket back to its assembly building a few miles away.

It was “too early” to entirely rule out a launch before the end of September, said Sarafin, who promised a status update next week.

NASA has previously said that the early October period would be complicated to coordinate because a crew of astronauts will be using the Kennedy Space Center for a rocket launch to the International Space Station.

In addition to the leak, another problem facing the SLS is its emergency self-destruct system.

Designed to explode in case the rocket deviates off course, the system will likely need to be reexamined before the next launch, which can only be done in the assembly building.

Bringing the rocket in and out of the building will take “several weeks,” Sarafin said. 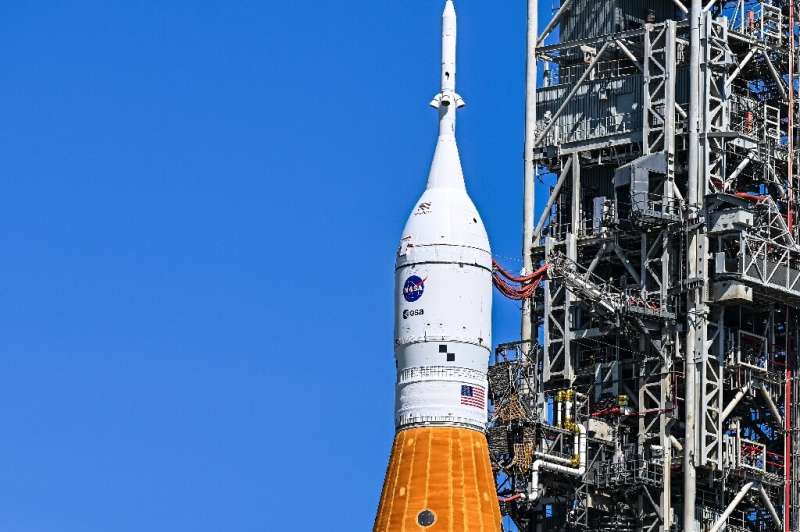 The purpose of the Artemis 1 mission is to verify that the Orion capsule, which sits atop the SLS rocket, is safe to carry astronauts in the future.

Once launched by SLS, the Orion capsule will take several days to reach the Moon, flying around 60 miles (100 kilometers) at its closest approach.

The capsule will fire its engines to get to a distant retrograde orbit (DRO) of 40,000 miles beyond the Moon, a record for a spacecraft rated to carry humans.

Mannequins equipped with sensors are standing in for astronauts on the Artemis 1 mission and will record acceleration, vibration and radiation levels.

The trip is expected to last around six weeks and one of its main objectives is to test the capsule’s heat shield, which at 16 feet in diameter is the largest ever built.

On its return to Earth’s atmosphere, the heat shield will have to withstand speeds of 25,000 miles per hour and a temperature of 5,000 degrees Fahrenheit (2,760 degrees Celsius)—roughly half as hot as the Sun.

Artemis is named after the twin sister of the Greek god Apollo, after whom the first Moon missions were named. 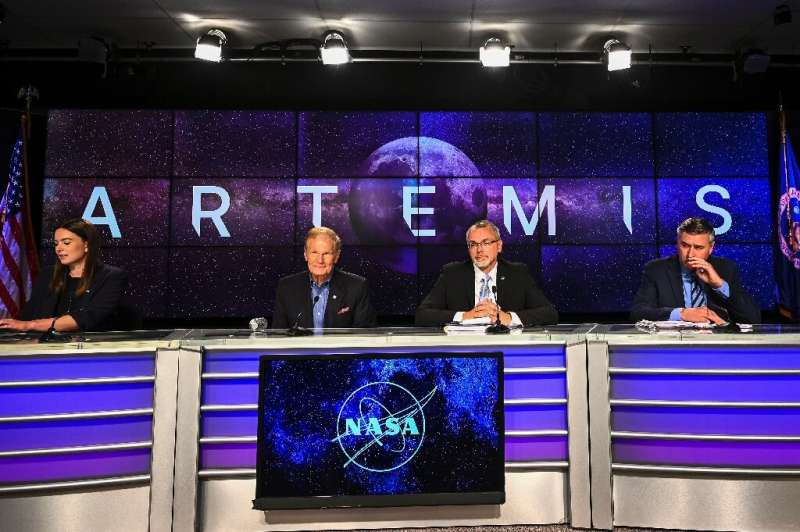 Unlike the Apollo missions, which sent only white men to the Moon between 1969 and 1972, Artemis missions will see the first person of color and the first woman step foot on the lunar surface.

A successful Artemis 1 mission would come as a huge relief to the US space agency, after years of delays and cost overruns.

The cost of the Artemis program is estimated to reach $93 billion by 2025, with each of its first four missions clocking in at a whopping $4.1 billion per launch, according to a government audit.

The next mission, Artemis 2, will take astronauts to the Moon without landing on its surface.

The crew of Artemis 3 is to land on the Moon in 2025 at the earliest, with later missions envisaging a lunar space station and a sustainable presence on the lunar surface.

A crewed trip to the red planet aboard Orion, which would last several years, could be attempted by the end of the 2030s.

Derivative Volumes of Ether Surpass Bitcoin Ahead of Merge; Here’s Why