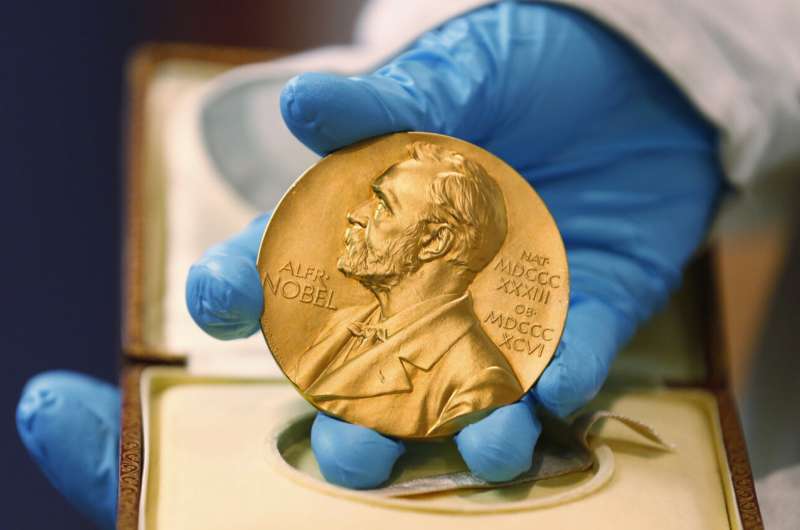 A national library employee shows the gold Nobel Prize medal awarded to the late novelist Gabriel Garcia Marquez, in Bogota, Colombia. The beginning of October means Nobel Prize season. That is when committees in Stockholm and Oslo announce the winners of what many consider the most prestigious awards in the world. This year’s Nobel season kicks off Monday, Oct. 3, 2022 with the medicine award being announced. Daily announcements will follow during the week with physics Tuesday, chemistry Wednesday and literature on Thursday. Credit: AP Photo/Fernando Vergara, file

The beginning of October means Nobel Prize season. Six days, six prizes, new faces from around the globe added to the world’s most elite roster of scientists, writers, economists and human rights leaders.

This year’s Nobel season kicks off Monday with the medicine award, followed by daily announcements: physics on Tuesday, chemistry on Wednesday and literature on Thursday. The 2022 Nobel Peace Prize will be announced on Friday and the economics award on Oct. 10.

Here are five other things to know about the coveted prizes:

WHO CREATED THE NOBEL PRIZES?

The prizes in medicine, physics, chemistry, literature and peace were established by the will of Alfred Nobel, a wealthy Swedish industrialist and the inventor of dynamite. The first awards were handed out in 1901, five years after Nobel’s death.

The economics award—officially known as the Bank of Sweden Prize in Economic Sciences in Memory of Alfred Nobel—wasn’t created by Nobel, but by Sweden’s central bank in 1968.

Between 1901 and 2021, the Nobel Prizes and the prize in economic sciences have been awarded 609 times.

WHO KNOWS WHO WILL WIN AND WHY?

The Nobel statutes prohibit the judges from discussing their deliberations for 50 years. So it’s probably going to be a while before we know for sure how judges made their picks for 2022 and who was on their short lists.

The judges try hard to avoid dropping hints about the winners before the announcements, but sometimes word gets out. Bookies in Europe sometimes offer odds on possible peace prize and literature Nobel winners. 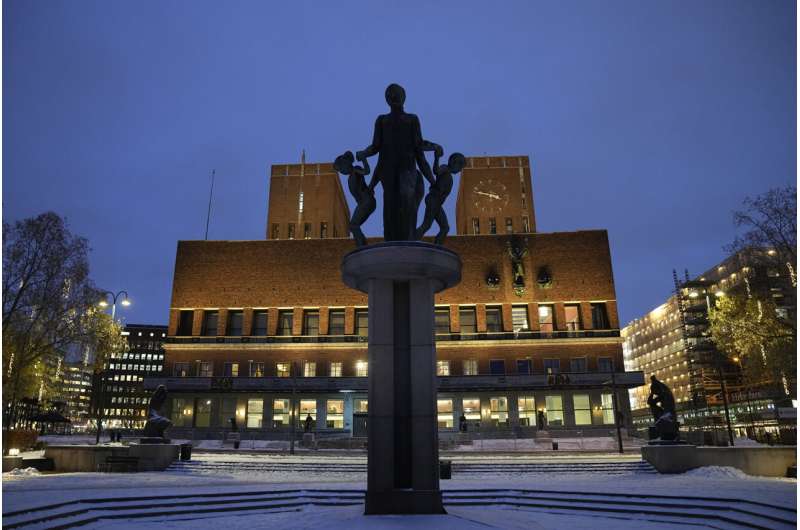 An exterior view of Oslo City Hall the venue of the Nobel Peace Prize ceremony in Oslo, Dec. 9, 2021. This year’s Nobel season kicks off Monday, Oct. 3, 2022 with the medicine award being announced. Daily announcements will follow during the week with physics Tuesday, chemistry Wednesday and literature on Thursday. The Nobel Peace Prize is presented in Norway while the other awards are handed out in Sweden. That’s how Alfred Nobel wanted it. Credit: AP Photo/Alexander Zemlianichenko, File

WHO CAN NOMINATE A CANDIDATE?

Thousands of people around the world are eligible to submit nominations for the Nobel Prizes.

They include university professors, lawmakers, previous Nobel laureates and the committee members themselves.

Although the nominations are kept secret for 50 years, those who submit them sometimes announce their suggestions publicly, particularly for the Nobel Peace Prize.

WHAT ABOUT THE NORWEGIAN CONNECTION?

The Nobel Peace Prize is presented in Norway while the other awards are handed out in Sweden. That’s how Alfred Nobel wanted it.

His exact reasons are unclear but during his lifetime Sweden and Norway were joined in a union, which was dissolved in 1905. Sometimes relations have been tense between the Nobel Foundation in Stockholm, which manages the prize money, and the fiercely independent peace prize committee in Oslo.

WHAT DOES IT TAKE TO WIN A NOBEL?

Scientists often have to wait decades to have their work recognized by the Nobel judges, who want to make sure that any breakthrough withstands the test of time.

That’s a departure from Nobel’s will, which states that the awards should endow “those who, during the preceding year, shall have conferred the greatest benefit to mankind.” The peace prize committee is the only one that regularly rewards achievements made in the previous year.

According to Nobel’s wishes, that prize should go to “the person who shall have done the most or the best work for fraternity between nations, for the abolition or reduction of standing armies and for the holding and promotion of peace congresses.”