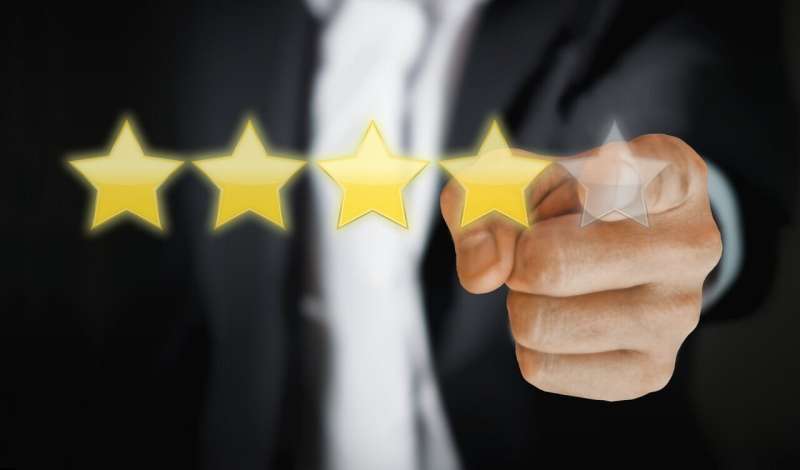 Everywhere you look, something or someone is being rated—that movie you’re thinking of seeing, the restaurant you might try, the president’s popularity this week. We don’t seem to agree on much right now, but we can all agree that a positive rating is good, and a negative rating is bad. Or can we?

New research from two Brigham Young University professors suggests that when it comes to corporate social responsibility (CSR) ratings, if what’s being measured doesn’t match society’s values, the company may be unhappy to receive a positive rating. Using a sample of 379 firms from the 1990s, when CSR ratings were new and business philanthropy more controversial, they found that companies decreased charitable giving by about 25% immediately after receiving high marks for philanthropy from KLD Research & Analytics.

“Ratings are always situated within a larger social context,” said Ben Lewis, who along with co-author Chad Carlos combed through years of printed financial reports from the 90s for the study. “We need to account for whether or not what’s being ranked is valued by society at large, because if not, ratings may have unintended consequences.”

Lewis and Carlos, professors at the BYU Marriott School, believe that the companies decreased their charitable giving because they were concerned that their primary audience—their investors—would be displeased to see the company giving away their money.

“At the time, the dominant belief was that the shareholders were the most important and that the company’s only role was to provide higher financial returns to their investors,” Carlos said. “The competing belief system, that companies have a broader obligation to society, was less accepted then.”

In other words, in an environment where corporate social responsibility was novel, a rating intended to praise companies for philanthropy actually signaled that firms were underperforming for shareholders, prompting the companies to hastily pull back on giving.

The authors are gathering more recent data to determine how these social responsibility ratings affect companies now. Beliefs about businesses’ responsibilities have shifted since the 1990s, and philanthropy may give a bigger boost to a company’s reputation, enhancing its performance as a result. Given this shift in beliefs, Lewis and Carlos are not expecting to find the same dip in giving that they found in the early 1990s.

But the underlying principle the study reveals still holds, the researchers said, and they anticipate that for today’s contested issues, positive ratings could have similarly unexpected results.

“Currently we see some companies trying to improve their reputation on polarizing social or political issues such as race, gender, immigration and the environment, but other companies with a different primary audience may be trying to avoid ‘virtuous’ rating labels on these issues,” Lewis said.

Those who hope that ratings will incentivize improvement should carefully consider the design of their rating system, factoring in social perceptions around issues to see if they are aligned with values generally accepted by society at large.

However, Carlos pointed out, ratings’ unintended consequences might not always be a bad thing. “It’s worth considering the long game and exercising patience. Although initially ratings may not encourage the behavior we hope in the moment, a couple of decades later, we might find something different. Ratings can spark ongoing dialogue and social change over the long term.”

The article, titled “Avoiding the Appearance of Virtue: Reactivity to Corporate Social Responsibility Ratings in an Era of Shareholder Primacy” published Oct. 11 in Administrative Science Quarterly.