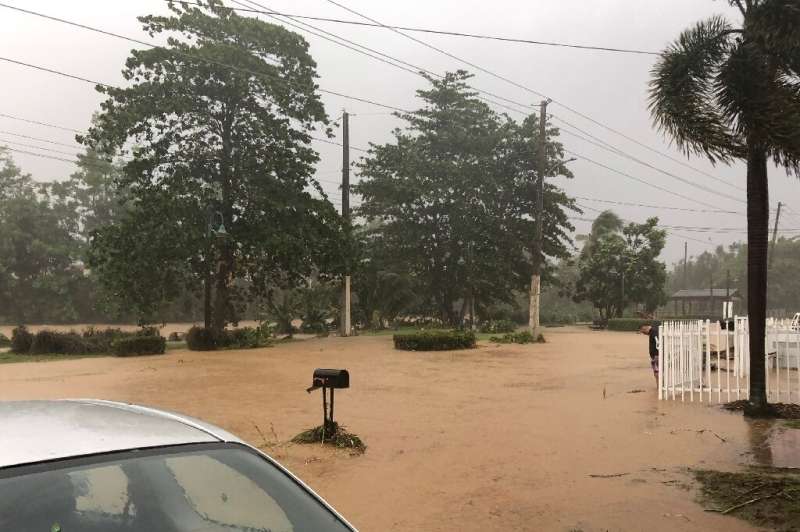 Hurricane Fiona smashed into Puerto Rico, knocking out the US island territory’s power while dumping torrential rain and wreaking catastrophic damage before making landfall in the Dominican Republic on Monday.

Landslides, blocked roads, fallen trees and power lines, as well as a collapsed bridge in the town of Utuado in the central mountainous region, were part of the destruction already caused by Fiona, Governor Pedro Pierluisi told an evening press conference.

The storm carried maximum sustained winds of 90 miles per hour (144 kilometers per hour) as it hit the Dominican Republic, the US National Hurricane Center (NHC) said on Twitter.

“Life-threatening flash and urban flooding is likely for eastern portions of the Dominican Republic,” the NHC said in its latest advisory at 5:00 am local time (0900 GMT).

Ahead of Fiona’s arrival in the Dominican Republic, President Luis Abinader suspended work on Monday and the island placed 13 of its 32 provinces, located to the north and east, on red alert ahead of the storm making landfall.

In Puerto Rico, the entire territory of more than three million people was left without power as the hurricane neared, with Pierluisi saying the electrical system was out of service.

On Monday, the island’s power company said on its website that it had “reenergized some circuits” but did not have numbers on how many people were receiving electricity. 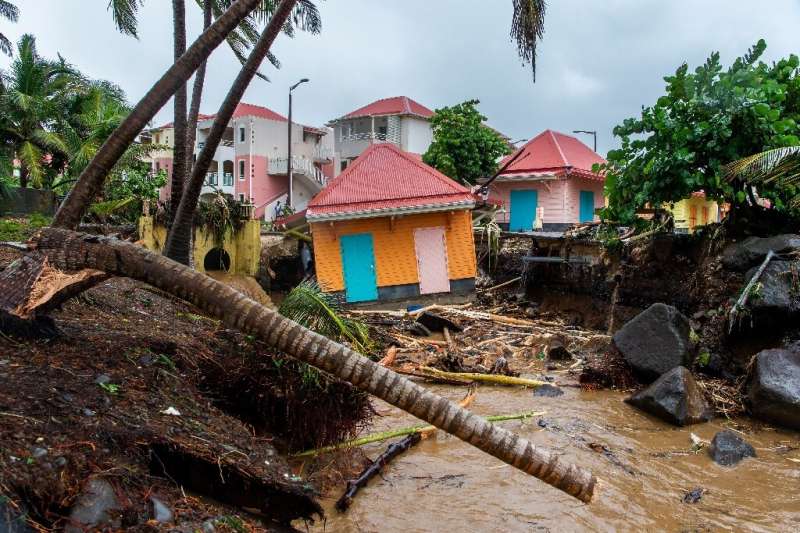 The storm has caused one fatality — a man who was killed after his house was swept away by flooding in the French overseas department of Guadeloupe.

The NHC downgraded Fiona to a tropical storm in Puerto Rico but warned that destructive rain and devastating flash floods could continue to hit the island.

Fiona will go down as a “catastrophic event due to the impacts of flooding” in Puerto Rico’s central, eastern and southern regions, Pierluisi tweeted, adding that 9-13 inches (23-33 centimeters) of rain had fallen in just five hours.

The hurricane has also left around 196,000 people without drinking water as a result of power outages and flooded rivers, officials said.

The storm made landfall in Puerto Rico on Sunday afternoon as a Category One hurricane, at the lowest end of the five-tier Saffir-Simpson scale.

Fiona is expected to grow stronger, turning into a “major hurricane” before it heads north into the open waters of the Atlantic Ocean, according to the NHC. 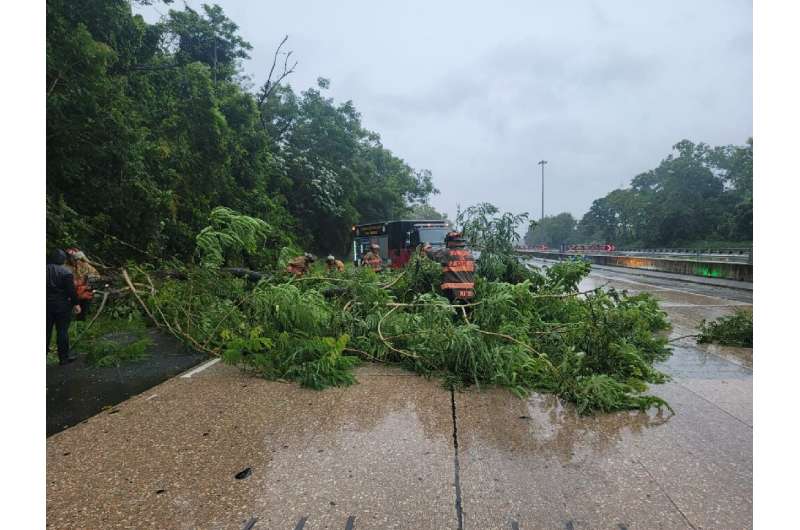 Puerto Ricans were advised to stay in their homes or seek refuge if they need it.

In the town of Utuado, one family saw the zinc roof of their house—already replaced after 2017’s Hurricane Maria—torn off yet again, according to local media.

“This is an extremely delicate and sad situation. The damage we are seeing is catastrophic in several areas,” Pierluisi told reporters at the Sunday press conference.

The storm has caused one fatality—a man who was killed after his house was swept away by flooding in the French overseas department of Guadeloupe, when Fiona was still classified as a tropical storm.

“We still struggle from the consequences of Maria and it’s kind of difficult knowing we’re going to probably have to start over again,” he said. 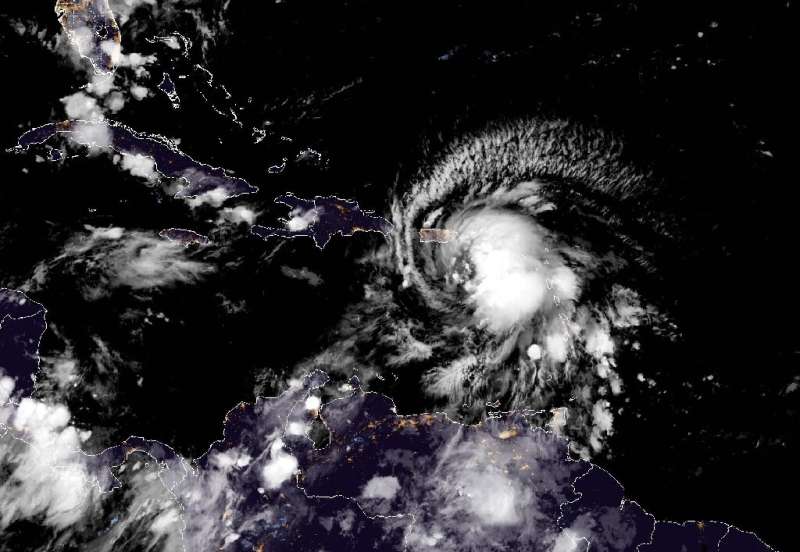 US President Joe Biden declared a state of emergency for Puerto Rico on Sunday, authorizing the Federal Emergency Management Agency to provide assistance.

The NHC also said tropical storm conditions are expected in the Turks and Caicos Islands and the southeastern Bahamas by late Monday or early Tuesday.

‘Stay in their homes’

Puerto Ricans have been advised “to stay in their homes or seek refuge if they need it,” Pierluisi told reporters. 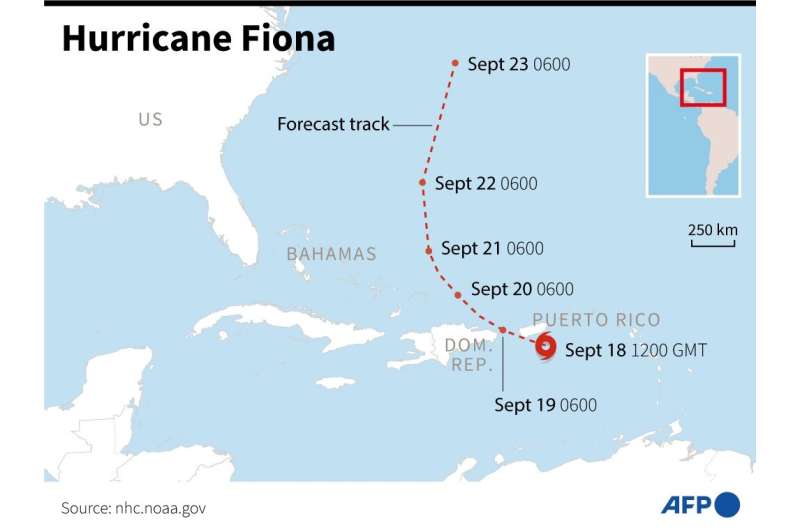 The island—which has suffered from major infrastructure problems for years—was hit by hurricanes Irma and Maria in 2017, devastating its electrical grid.

The grid was privatized in June 2021 in an effort to resolve the problem of blackouts, but the issue has persisted, and the entire island lost power earlier this year.

The former Spanish colony became a US territory in the late 19th century before gaining the status of associated free state in 1950.

After years of financial woes and recession, the island in 2017 declared the largest bankruptcy ever by a local US administration. Later that year, two hurricanes added to the misery and sparked a feud between San Juan and then-president Donald Trump’s administration.