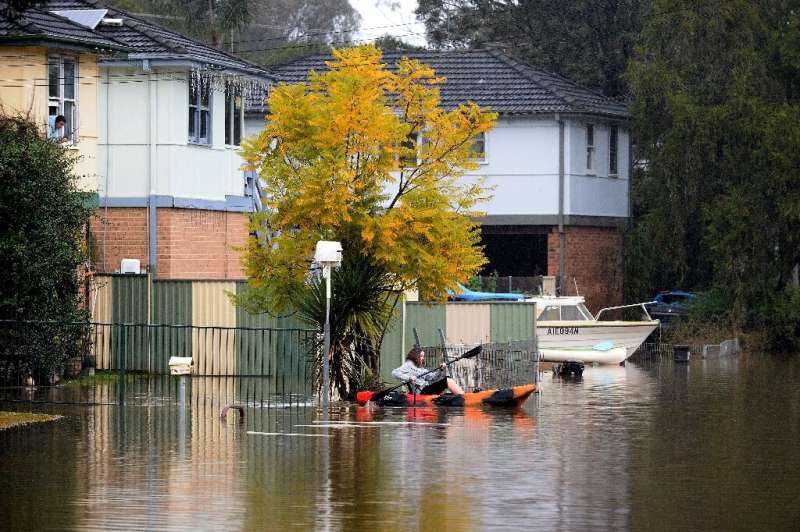 Thousands of Australians were ordered to evacuate their homes in Sydney as floodwaters inundated its outskirts earlier this year.

Rising temperatures are fuelling widespread environmental degradation across Australia and supercharging natural disasters, according to a government report released Wednesday in the wake of flash floods on the country’s east coast.

Climate researcher Ian Lowe said the report was a “frightening” wake-up call for Australia, which relies heavily on coal and gas exports for economic growth.

“The scale of changes demonstrates that cleaning up our energy use is an urgent priority,” Lowe said.

“We also need to reduce our exports of coal and gas.”

The report, a joint effort between the government’s weather bureau and national science agency, found Australia’s climate had warmed by an average of 1.47 degrees Celsius since records began in 1910.

“For our environment, for our communities, this report reinforces the urgent need for climate action,” she said.

Flash floods swept through parts of inland New South Wales earlier this month, tearing entire homes from their foundations in some country towns.

Tens of thousands of Sydney residents were ordered to evacuate in July when floods swamped the city’s fringe.

An east coast flooding disaster in March—caused by heavy storms in Queensland and New South Wales—claimed more than 20 lives.

Catastrophic bushfires swept through huge chunks of New South Wales in the “Black Summer” of 2019 and 2020, while the Great Barrier Reef has suffered four separate mass coral bleaching events since 2016.

“These changes are happening at an increased pace,” the State of the Climate report found.

“The past decade has seen record-breaking extremes leading to natural disasters that are exacerbated by anthropogenic (human-caused) climate change.”

Albanese’s center-left government introduced a 2050 net zero emissions target following its election earlier this year but has faced calls domestically to do more.

“The consequences of our continued use of fossil fuels are clear in Australia like elsewhere,” he said.

“We must act quickly to decarbonise our economy to limit further damages from worsening extreme events.”

Ailie Gallant from the Australia Center of Excellence for Climate Extremes said the deterioration in the country’s climate would “continue without deep and aggressive cuts to carbon emissions”.

Putting sharks on the map: A new standard to identify important habitats