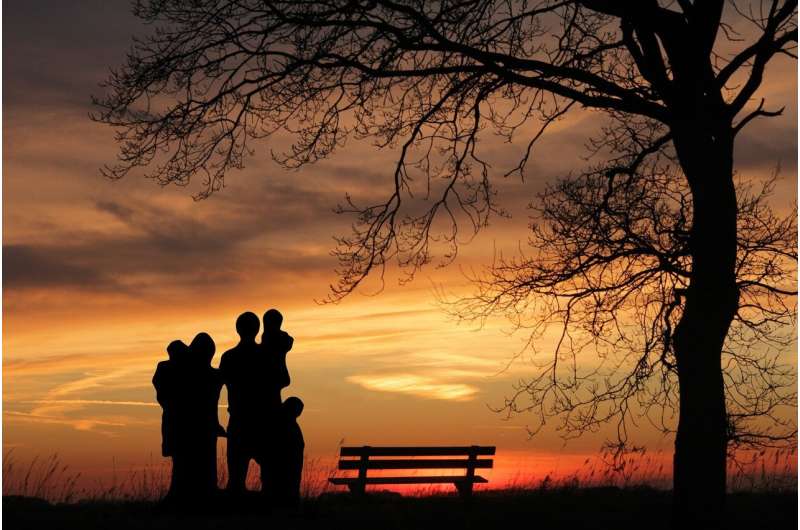 A more open approach to adoption is needed so that adopted people do not lose relationships with people who have been important to them in their life, according to new research by the University of East Anglia (UEA).

Findings from two studies, published during National Adoption Week byUEA’s Centre for Research on Children and Families, also suggest this helps adopted people to have a better sense of their own identity.
The theme for this year’s National Adoption Week is about maintaining adopted children’s relationships and identities.

Prof Elsbeth Neil, of UEA’s School of Social Work and one of the study authors, said: “Adoption has often been seen as ‘a fresh start’ with a ‘clean break’ from the child’s birth seen as necessary. But now new research with adopted adults demonstrates the problems this approach causes throughout the lifespan.

“Without information about their background and family of origin adopted people struggle with questions of identity, and many feel a sense of loss at losing significant relationships, or simply not having the chance to get to know parents, brothers, sisters or others in their birth family.

“Tens of thousands of adopted adults and their birth relatives have been affected by the lack of openness in adoption, but services to help them deal with the consequences of this need more priority.”

Prof Neil added: “Adoptees need quicker and easier ways of accessing their adoption records and they need access to affordable support services to help them work through the emotional impact of adoption and to support them in the process of finding their birth family where this is desired.

“This research also has messages for children being adopted today, in particular that the system needs to do more to actually maintain children’s relationships where they are safe and supportive, so they do not end up with these identity questions as adults.”

The first study looks at how adoption agencies respond to requests from intermediary agencies to support reunions between adopted adults and their birth families.

Intermediary services support adopted adults to contact their birth family, and vice versa they can support birth parents to make contact with their child who was adopted.

Before intermediary services can put people in touch with each other, they must ask the agency holding the adoption records to check the file for contact details, background information and to make sure that the adopted person has not placed a veto on being contacted by birth relatives.

This new research, carried out with adoption intermediary service Joanna North Associates, explores how quickly adoption agencies respond to these requests, and factors that may prevent a timely response. One of the key recommendations is that the needs of adopted adults and birth relatives should be given more strategic consideration at national and agency level.

Dr. Joanna North said: “Our work in connecting adopted people to their lost family of origin has shown us the cost of human suffering when people cannot connect with their birth relatives in a timely fashion. These searches are time sensitive. On too many occasions the system has been so slow to respond to our requests for records that the subject of a search may have died before we reach them.

“The research we carried out with UEA shows the large variations in how long it can take agencies to check files, as well as the lack of resources and guidance to enable searches to be carried out quickly.

“The government needs to ensure a consistent process from Local Authorities so that there is a minimum standard for helping adopted people access their records, reducing the suffering that this is causing.”

The second study, conducted in collaboration with adoption support agency PAC-UK, analyses survey data from more than 200 adopted adults exploring their priorities around the topic of maintaining birth family relationships.

It found widespread support for the prioritisation of birth-family relationships, the need for more support for adopted adults and more open discussion about birth family links. The findings will be presented today during an online event organised by PAC-UK and led by adopted adults.

PAC-UK National Strategic Lead Mike Hancock said: “We are at an exciting time of potential change in adoption where questions are being asked about whether the severing of ties with birth family and the consequent secrecy around identity is beneficial to adopted children. The message we are getting for many adopted adults is that it is not.”

During a webinar on Thursday (October 20) Prof Neil will discuss ongoing work around the ‘theory of change’, focusing on the adoption system and highlighting key problems related to the lack of openness in adoption, and the issues this causes for adopted people, birth parents and adoptive parents.

The webinar will be run in collaboration with CoramBAAF, an independent organisation for professionals, foster carers and adopters, and anyone else working with or looking after children in or from care, or adults who have been affected by adoption.

Over the last few months researchers have been drawing on existing research and talking to a wide range of people with lived and professional experience. The event will include contributions from a range of people with lived experience including adopted adults, a birth parent, and adoptive parent. There will be a focus on what could be done differently to improve the adoption system.