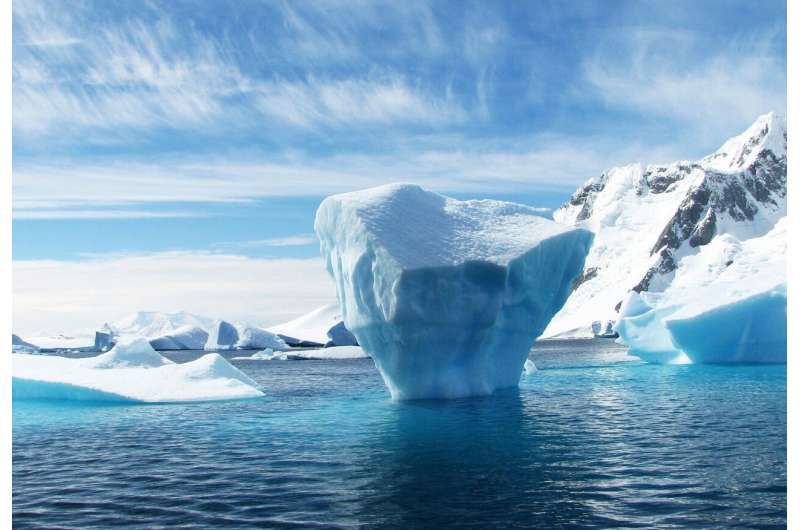 Researchers at the University of Toronto have identified the mechanism responsible for the formation of temperature and salinity “staircases” in the Arctic Ocean, resolving a mystery that has confounded oceanographers and climatologists alike for more than half a century.

Understanding how these vertical structures work promises to shed more light on the causes and consequences of rapid Arctic sea ice loss amid climate change.

“Our discovery of a new mechanism of hydrodynamic instability provides insights into the formation of staircase-like structures resulting from the mixing of warm salt water and cooler fresh water,” said Yuchen Ma, a Ph.D. candidate in the department of physics in the Faculty of Arts & Science and lead author of a study published in Physical Review Fluids describing the findings.

“These structures were first observed in the late 1960s but the mechanism responsible for their existence has never been explained.”

Known as thermohaline staircases, these step-like variations of temperature and salt concentration are common in a wide range of regions of the global ocean.

The findings reported in Physical Review Fluids—which have attracted significant positive response from the research community—fully verify a previous analysis by the same authors published in the Journal of Fluid Mechanics in 2020 that documented the existence of this new hydrodynamic instability. The verification was accomplished by designing a series of direct numerical simulations of turbulence in the Arctic Ocean to better understand global ocean circulation. 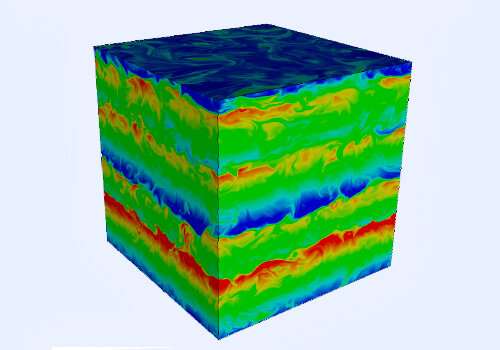 A simulation depicts the strongly defined changes in temperature and salt that form staircase-like structures within the Arctic Ocean. Credit: Yuchen Ma and W. Richard Peltier

“The ocean is typically thought of as a highly chaotic and turbulent environment, so it is striking to see such strongly defined layers of salt and heat within it,” says Ma.

The flow of heat out of the ocean into the overlying sea ice is strongly enhanced by the presence of thermohaline staircases. Thus, understanding the staircase formation process in the polar oceans is important for developing future global warming projections and informing efforts to mitigate sea ice loss.

“In this era of global warming, it is a well-recognized fact that the loss of Arctic Ocean sea ice cover is a critical aspect of this global process,” said University Professor W. Richard Peltier, of the department of physics who is a co-author of the studies and Ma’s Ph.D. supervisor.

“While the extent to which staircase formation is contributing to this loss has yet to be quantified, we can certainly say that the ocean component of the climate models employed to make projections of the global warming process are not able to resolve the staircase formation process.”

The research builds on previous work that focused on understanding global ocean circulation under the ice age conditions from 30,000 to 70,000 years ago.

In the previously developed model of glacial climate, the rapid transitions from cold to warm weather were shown to be caused by an extensive “hole” in the sea ice cover of the North Atlantic Ocean resulting from heat flow out of the ocean into the sea ice. The magnitude of this heat flow was determined by the assumption that a staircase had formed in the ocean below.

First Mover Americas: Bitcoin Falls to $18.5K, as Bank of England to Buy Bonds to Stem Crisis in UK